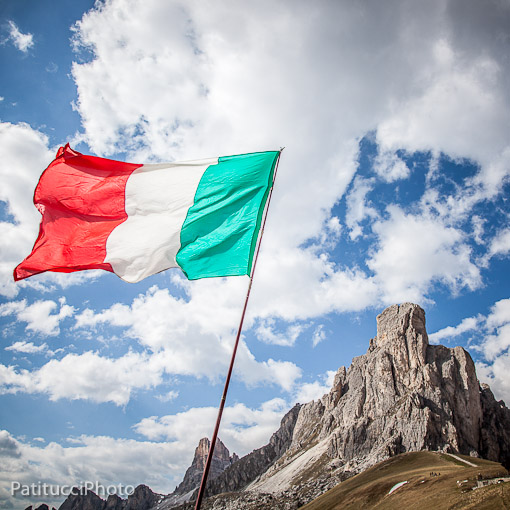 In 2007 I came to the Dolomites to ride my bike. I wanted to live a dream; to train and race in Italy. For four months I pedaled around, came to know most all the roads and passes, and made a lot of great friends. On the last day’s ride, I distinctly remember the moment I realized I had to live here. I was riding the Passo Falzarego and near the top just came to a stop. There, on the side of the road while taking in the stunning landscape I felt an overwhelming sadness about having to leave. But, I was determined to return to live, even for only a short time. Five years later, we are still here.

Yesterday, along with several friends, we rode ahead of the Giro d’Italia, stopped on passes, and watched the race. The day started at a friend’s hotel where we gorged on brioche, linzer torte and strudel, all washed down with a cappuccino. The day ended at the same hotel with a four course dinner. In between was a lot of time pedaling through the Dolomites, soaking up the Giro d’Italia’s frenzied energy, and appreciating how lucky I am to live in such a stunning place where I can do what I love most, ride my bike.

Along the way, I snapped a few photos for fun. 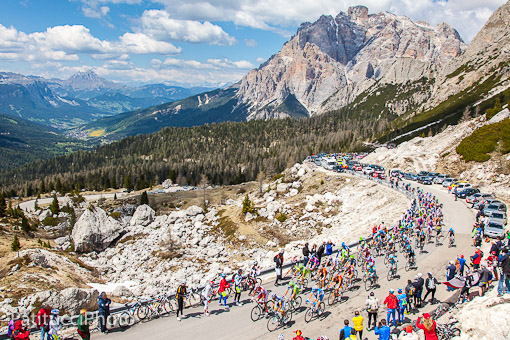 The peloton climbing the Passo Valparola from Alta Badia, the valley where I first lived. Note the massive yellow dandelion patch far below. 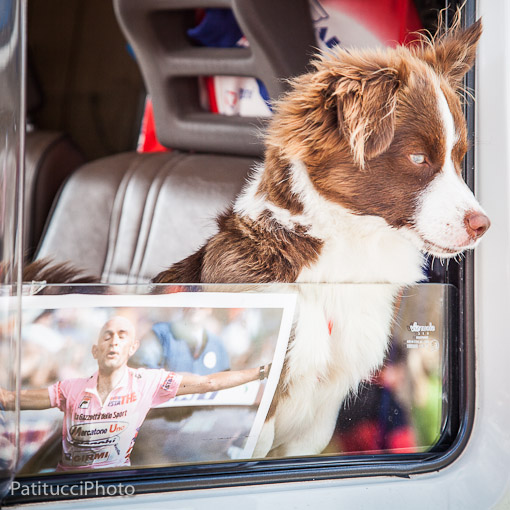 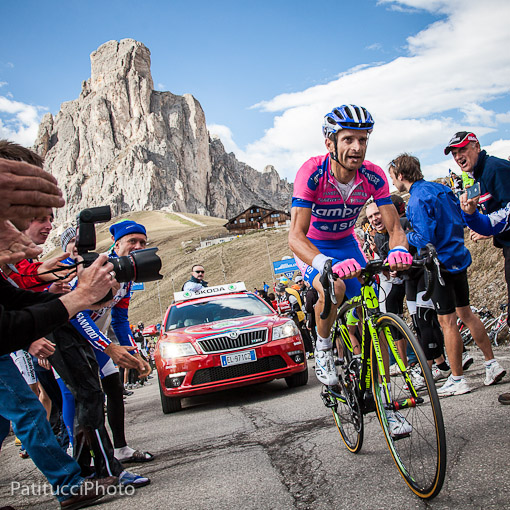 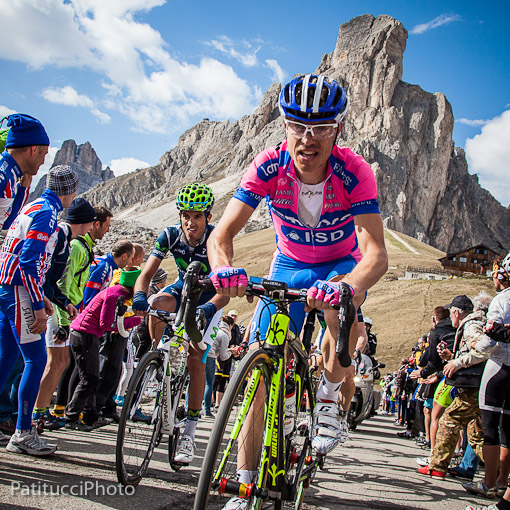 Former Giro d’Italia winner Damiano Cunego at the top of the Passo Giau. The Giau is one of the hardest passes in the Dolomites and a brutal climb to race. 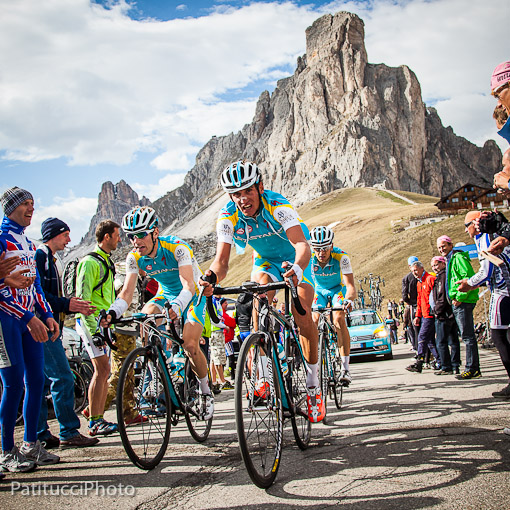 Another race favorite, Roman Kreuziger, had a disasterous day falling far behind the leaders and losing too much time to stay in contention for a high place

A huge thanks to Klaus Irsara and his beautiful bike hotel Melodia del Bosco for the great hospitality and gear shuttle service.