We live a busy schedule of combining work with play  – for us, they are one and the same, we call it life. Living and working in the mountains is simply what we do. But the last week was particularly dense with activity and has finally ended on a drizzly day in Switzerland where I can finally sit and get all caught up – for not only were we on the move, we had no phone service for much of the last 6 days.

It started with friends visiting the Dolomites, lots of road biking and a 21 pitch climb on the South Face of the Tofana, one of the Dolomites largest walls. Then it was straight to the Graubunden Region of Switzerland where we spent some days climbing in the Sciora group. From there I rode my bike back to St. Moritz before climbing another amazing wall above Disentis, Switzerland, the Piz Cavardiras. Once down from shooting photos, and the climbing itself, I jumped back on the bike and rode over several major Swiss passes before bumping into the Bernese Oberland and calling it good. As in exhausted. Maybe I have been drinking too much coffee. A huge thanks to two friends who joined and helped us in the fun; Thomas Engl and Tim Connelly.

This then is our visual diary. 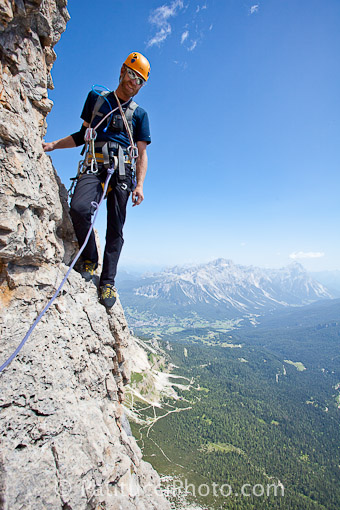 Tim Connelly on the South Face of the Dolomite’s Tofana – 21 pitches that he accurately described as being more of an odyssey than a climb. Agreed. 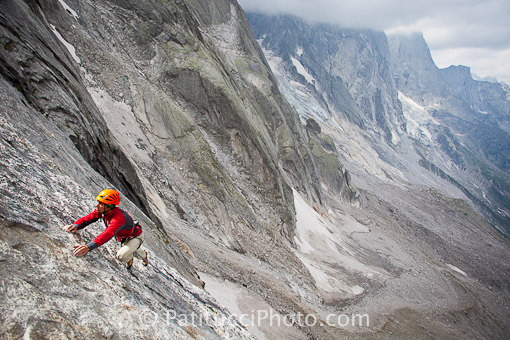 Thomas Engl on the Sciora Group’s Innominata; Via di Mezzo 6a 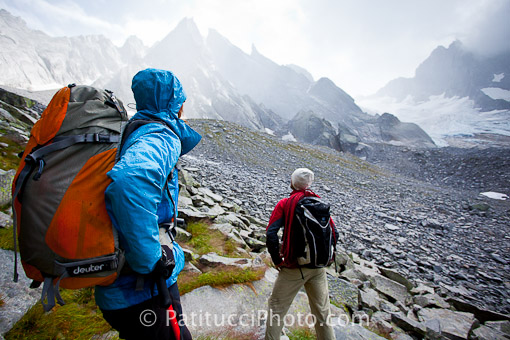 From dumping rain, it snowed, then in ten minutes it was sunny and warm for cragging. 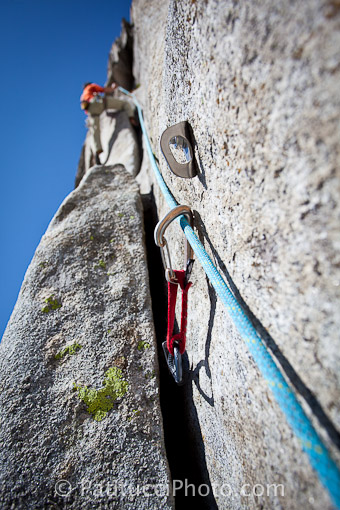 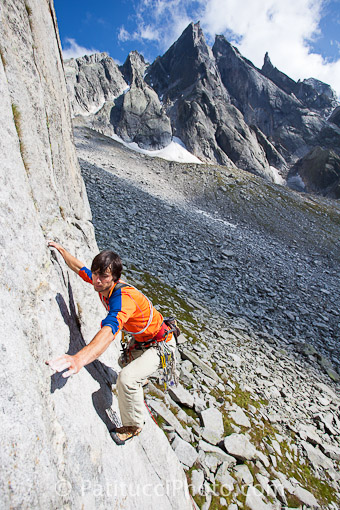 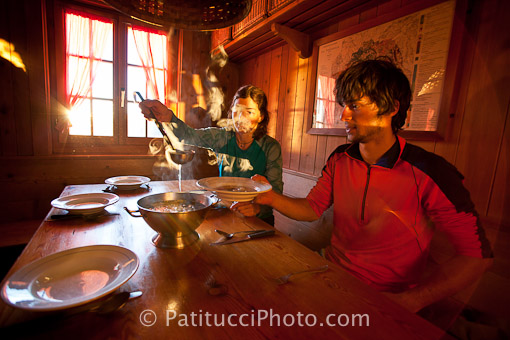 Thommy & Janine in the Sciora Hut, course number 1 is soup 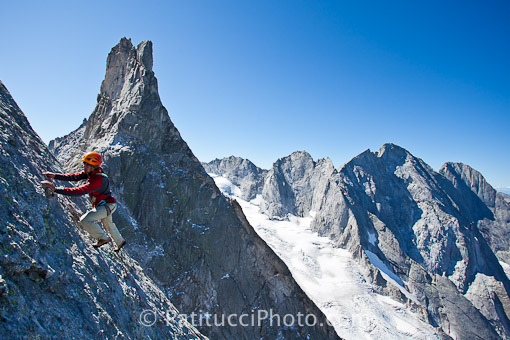 Thommy Engl on the upper pitches of the 22 pitch Piz Pioda, 6a, in the Sciora Group 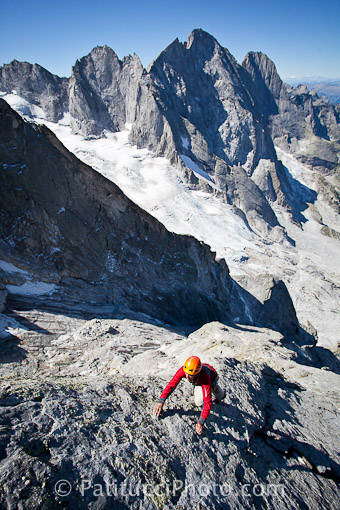 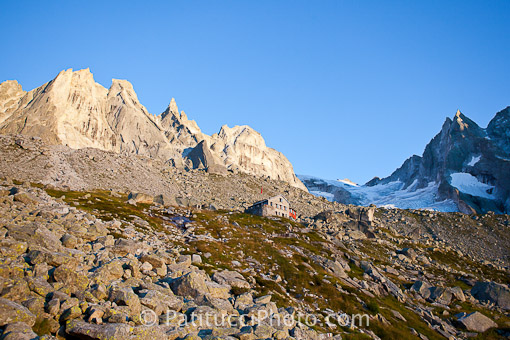 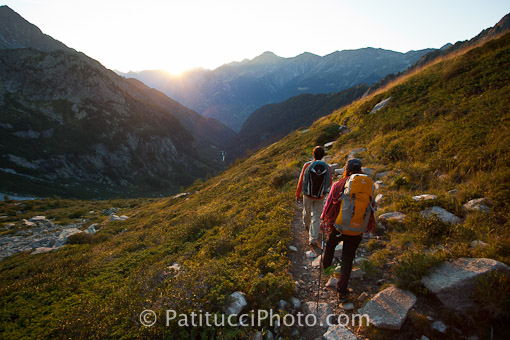 The walk out from Sciora after an all day journey that started, and would end, with headlamps 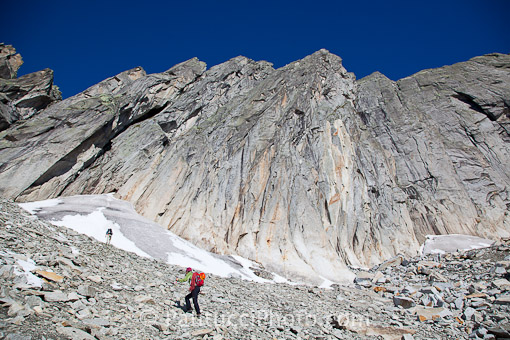 Above Disentis, Switzerland is the Piz Cavardiras and an amazing 6b+ direct line up one of the best routes I have done anywhere in alpine terrain 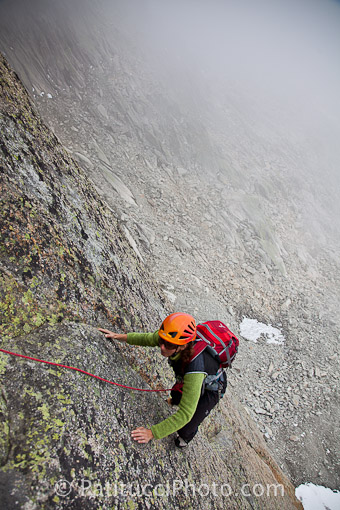 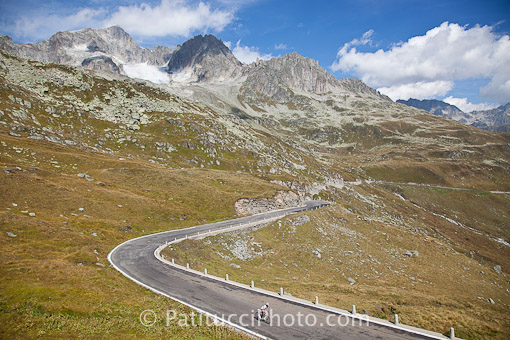 I opted to pedal to the next venue over the Oberalp and then Furka Passes, pictured here in heavy traffic

PatitucciPhoto and the rolling office/home