We were ecstatic when America’s Backpacker Magazine contacted us a few months back looking for photos and information about the Dolomite’s Alta Via One trail.

This, after Trail Runner Magazine featured an article written and photographed by PatitucciPhoto on running the Alta Via One in 2007.
Now, in just the last couple of years, two of the US’s major outdoor sport
magazines have featured the region. Worthy praise for the trail and mountains we figure are as good as it gets. And these are just from our contributions, in the current issue of Rock & Ice Magazine, they feature the Dolomites as a destination for climbing.

The Alta Via One is the premier trail of the Dolomites, it has been profiled as such by Trail Runner and Backpacker Magazine, feeling curious as to why?
For the summer of 2009, along with Holimites, we are offering a trail running tour of the Alta Via One. For complete information, including links, hut information and an itinerary for the trail, visit our DolomiteSport site.
To get information about pricing, dates, and to sign up for the running tour, please visit our partners at Holimites.

The March 2009 issue of Backpacker includes a cover photo by PatitucciPhoto as well as interior photos of both the Alta Via One and Sardinia’s Selvaggio Blu tour we hiked and photographed in the summer of 2008. 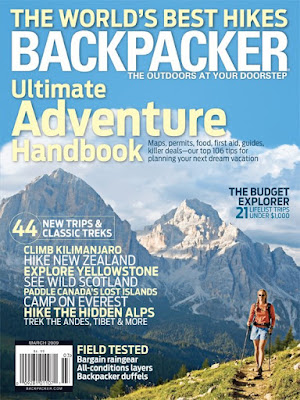 Trail Runner November 2007, cover photo and feature article on running the Alta Via One 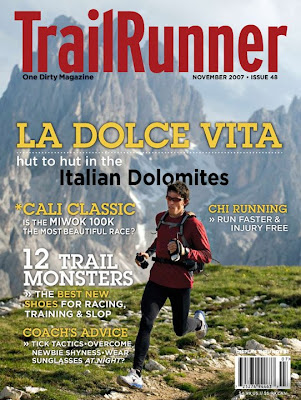