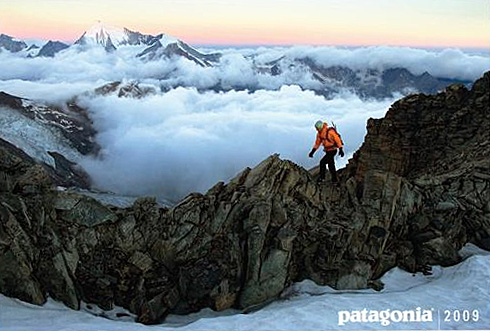 Saying “Yes” to try climbing changed my life. I grew up racing sailboats, but the first day I climbed rocks I was an all new 18 year old. Turns out I had an inner dirtbag that was set free when I discovered the yacht club & topsider free world of the crags. My calling had been answered. Shortly thereafter I had myself a job in the bike department at an REI. I didn’t really know squat about climbing, but I did know bikes, so with an eye on the wall of cams and carabiners, I started my career in the outdoor industry. That was 1987.

Now, 25 years later, many of the same people I knew then, like myself, are still in the industry. A kind of family. By 1991 I was a full fledged dirtbag climber. I lived in my truck, sold espresso while on the road to make some money, dined in the bin aisles of grocery stores and actually wore white lycra (It’s back in, but not for climbing). Suddenly, I even had companies willing to “sponsor” my choice of lifestyle. My duties to them; climb, be a nice guy, make some photos and do some slideshows. One thing led to another and I got really into the making photos part. 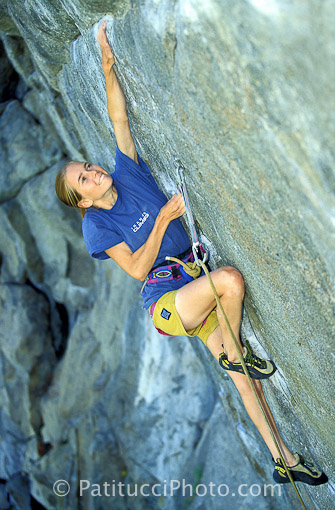 The early days, 1998, of Beth Rodden. It later became an ad on the back cover of Climbing Magazine.

In 1997 I was managing my best friend’s Climbing Gym, the Rocknasium, in Davis, California. One day a tiny little girl walked in and tried climbing for the first time. Her parents supported her, she was happy, and, she was very, very good. Her name was Beth Rodden and she would go on to become one of the best climbers on the planet. We became close friends, and it was with Beth that I started to learn how to be a photographer by documenting her career as it took off.

1998 was a turning point, I wasn’t getting any younger and I certainly wasn’t getting rich as a bike racer or climber. I was falling in love with making photos and so decided to go back to school and study photography. I went from being a fulltime athlete, climber and road racer, to living in Santa Barbara, California and going to class. Notice I didn’t say anything about any other classes up until this point… this kind of references that inner dirtbag thing.

At the Brooks Institute of Photography I met Janine. Soon, she too was sucked into the vortex of the Outdoor Industry. She also found herself living in a vehicle. A nice girl from Switzerland, with endless talent who also happened to be an architect, was suddenly getting intimate with my version of American life.

But that American Life turned into this American Dream come true.

Our vision was simple, to live and work precisely in line with what we love; to be outside, in the mountains, as athletes, travelers, and photographers of it all. We wanted to work with companies who made gear we really used and to shoot magazine stories that we’d like to read. This we continue to do, but we have also been owners of a stock agency, consultants, multi-media producers, spokespeople, and product testers & developers. Finally, we started our own online Mountain Sport Athlete website, DolomiteSport, a spinoff of our energy and love for this lifestyle.

25 years later, we both know something about the outdoor industry. It has supported our photo business for 12 years, given us endless opportunities, inspired us, challenged us and it has been the source of countless friends.

The photography that is found in our Portfolio reveals who we are as creative people. But the examples of work found on our Clips page reveals even more. It is the result of how we have combined everything we love; making photos, supporting & working with brands and still being true to our vision which is living and working in line with our passion. 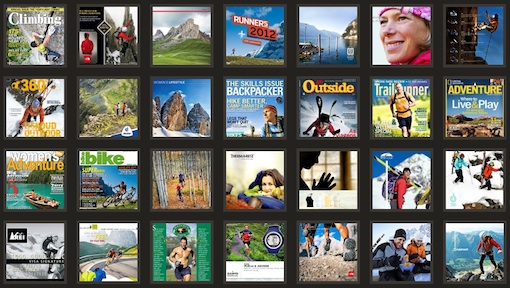 Chamonix Trail Running
Back in the Day and Today: 20 Years of Sierra Running and Climbing
Solo bikepacking across the Alps