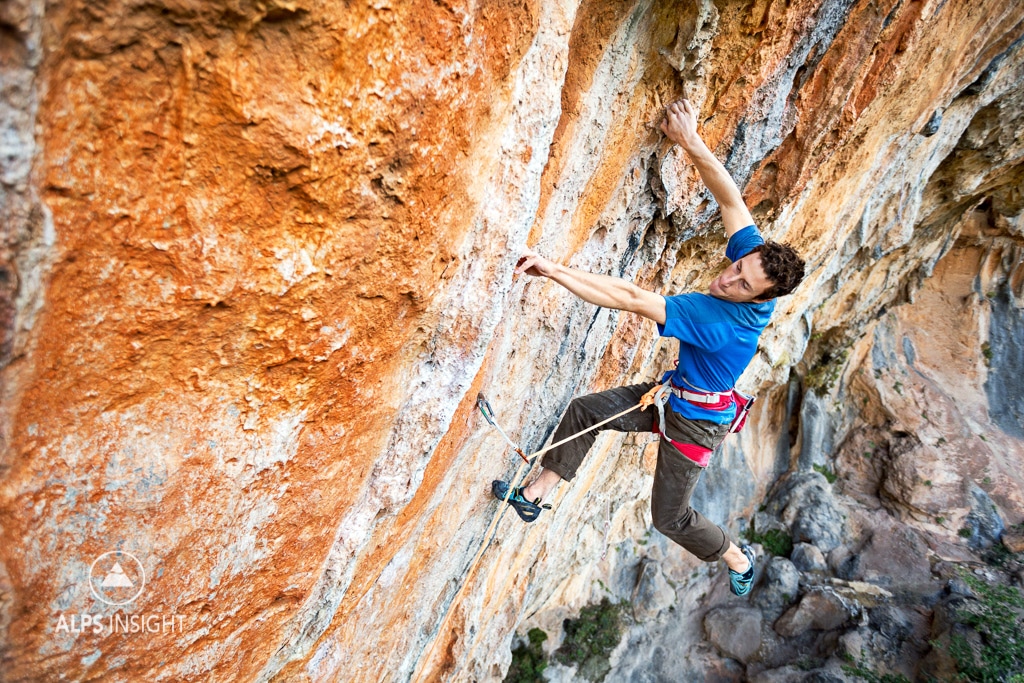 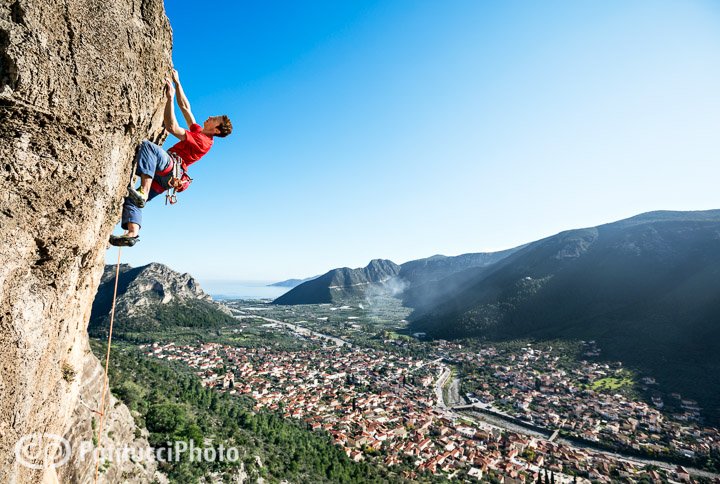 The name “Leonidio” has been coming up a lot lately in the European climbing scene. By early fall we had seen articles published in Germany’s Klettern Magazine, the Swiss Alpine Club’s Die Alpen Magazine and on Planet Mountain. Each article was full of praise for the stunning, red limestone walls, even going so far as to ask, “Is this the new Kalymnos?”. For our own trip to Kalymnos in late October, we started considering a detour to the Peloponnese to have a look. Luckily, two assignments came in allowing us a two week visit to Leonidio. We’d get to see what all the talk is about. 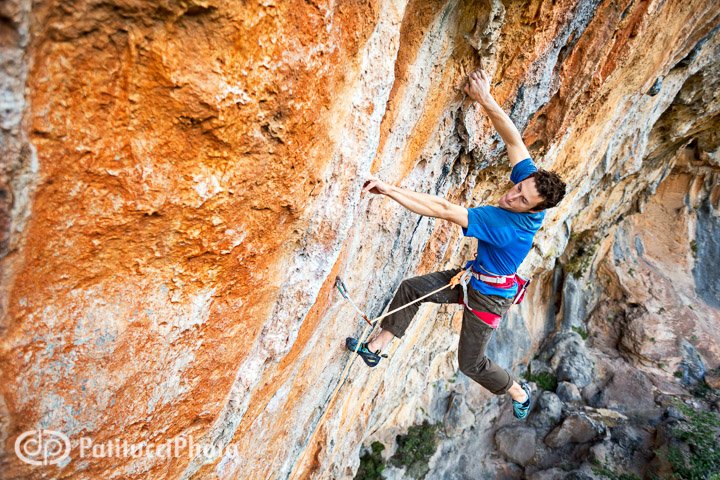 Simon Duverney on The Battle of Succession, 7c, at Elona Wall

Our first info about the area came from Aris Theodoropoulos himself, the author of both the Kalymnos and Best of Greece climbing guides. Aris described Leonidio as having the potential to turn into Europe’s best winter climbing destination. Unlike Kalymnos with its annoying, cold winter wind, Leonidio sits sheltered along the Peloponnese coastline keeping temperatures warm and the wind still. As of now, Leonidio has several hundred routes, but it is a crag under construction and many areas still require traffic to further clean up. A helmet is recommended.

So, what did we find?

Leonidio has huge potential, but just how much is difficult to say. Existing routes are a mix of the brilliant with a fair bit of, “just okay”. Our friend Simon, who climbs 8b, found many of the harder routes superb with a lot more lines waiting to be developed. Meanwhile, for the more moderate grades up to 6b+, there is a bountiful selection. However a lot of the climbing at these grades is of a similar style, straightforward edge pulling. Where we found a bit of a hole is in the 6c to 7b range.

In terms of future development, things will be very interesting as there are many walls and caves still untouched. Above the town itself is the potential for a lot of multi-pitch sport routes – we were regularly surprised to see beautiful lines entirely void of existing routes. 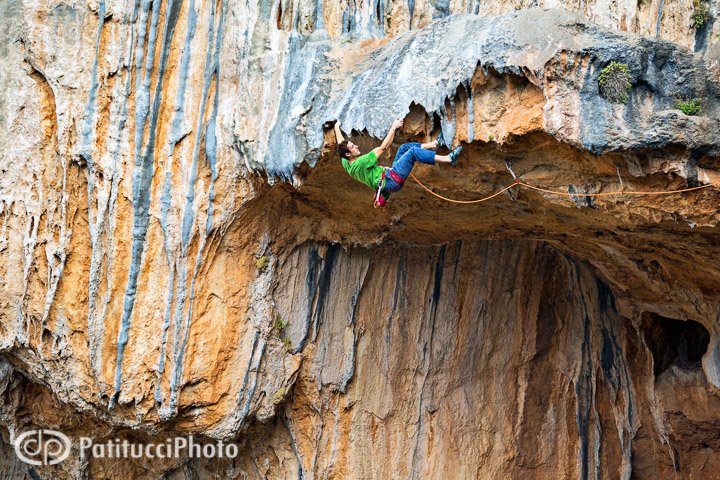 Too unique to not try, Simon Duverney has a go on a project we called the Wave

Meanwhile, the locals are very enthusiastic to welcome climbers. The town has little winter tourism and is anxious to see a regular flow of visitors through the winter months. And of course being Greece, the people are one of the best parts of a visit. The Greeks are about the friendliest people on the planet and a lot of fun, great food, and new friends are to be had.

So is it worth a visit? Yes, absolutely. But do know that it will only get better. However, why wait? If you want to get in on a super area where it is mostly you and the goats, now is the time to visit and have a look for yourself. Leonidio is certainly not the new Kalymnos, but it is the new, and worthy, easy to get to winter climbing destination. Better yet, combine a five day visit to Leonidio with a tour of the Peloponnese. The Best of Greece Sport Climbing Guide is full of winter climbing crags within a couple of hours.

Hot Rocks : Probably the best, and most interesting overall wall for climbing up to 7a. 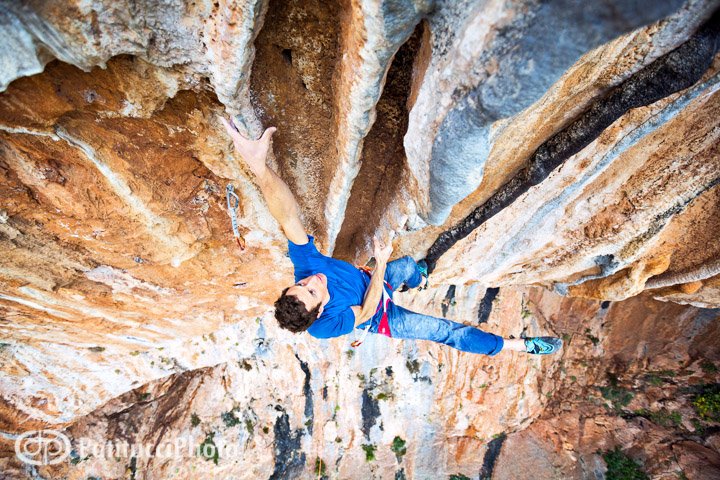 Simon Duverney pinching tufas on the wildly overhanging Morphi, 8b+, at Twin Caves

Elona : This is one of the most stunning pieces of rock anywhere. The easiest route is 7a+, after that it’s 7c and above. Simon reports in that Jolly Jump, 8a+, is one of the best routes, ever.

One the best routes of the trip, Simon Duverney on Jolly Jump, 8a+, at Elona

Hospital Wall : Some interesting and unique features on the longer lines.

Mad Wall : Mecca for the 6a climber. Big potential for harder routes. 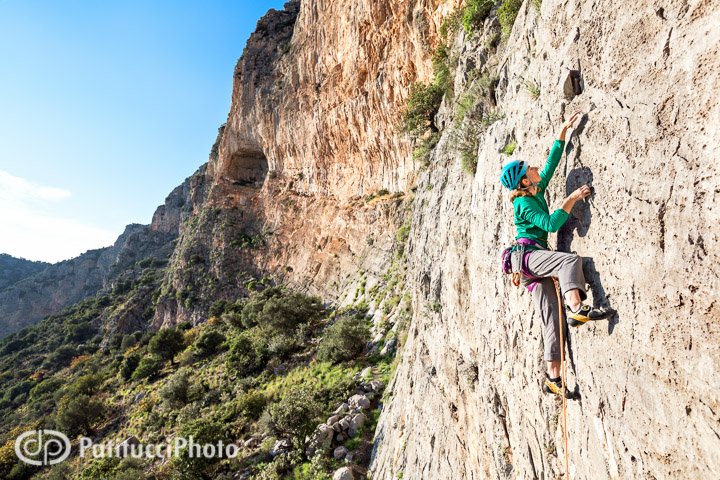 Janine Patitucci enjoying Nirvana, 6b+, at the Mad Wall. That wall in the background? The upper tier is mostly untouched… 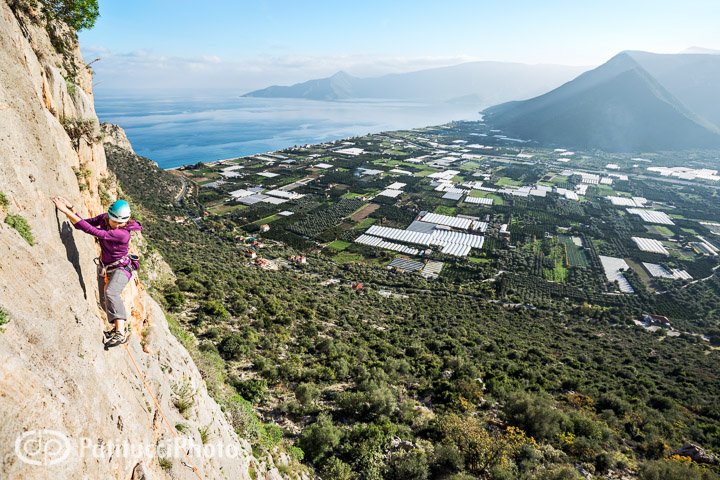 The Mad Wall sits along the coastline and above the agricultural area of Leonidio. Janine on Don’t Panic, 6b

Where to stay and eat?

Hotel Hatzipanayiotis : We stayed here and it was superb. The friendliest people manage a beautiful old estate turned hotel. 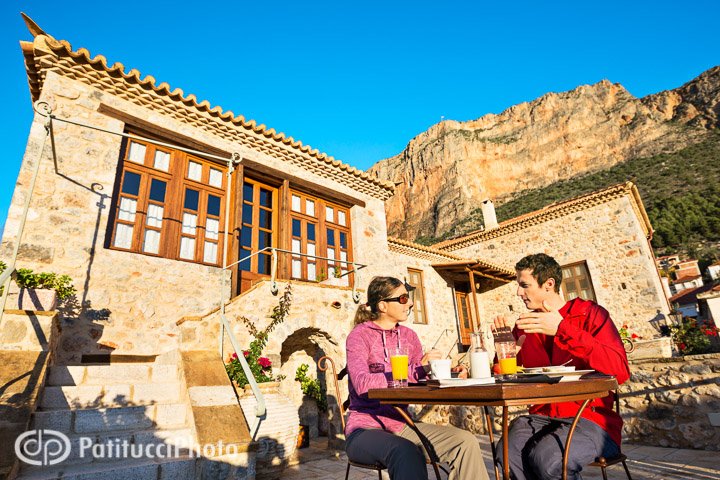 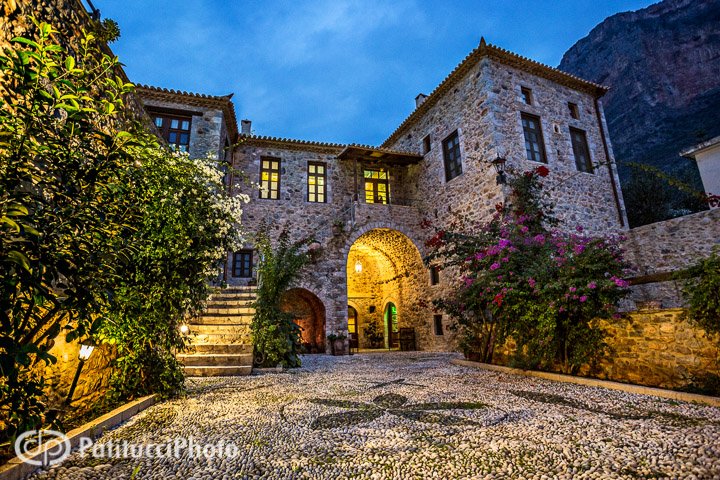 The beautiful Hotel Hatzipanayiotis sits beneath the red walls of Leonidio 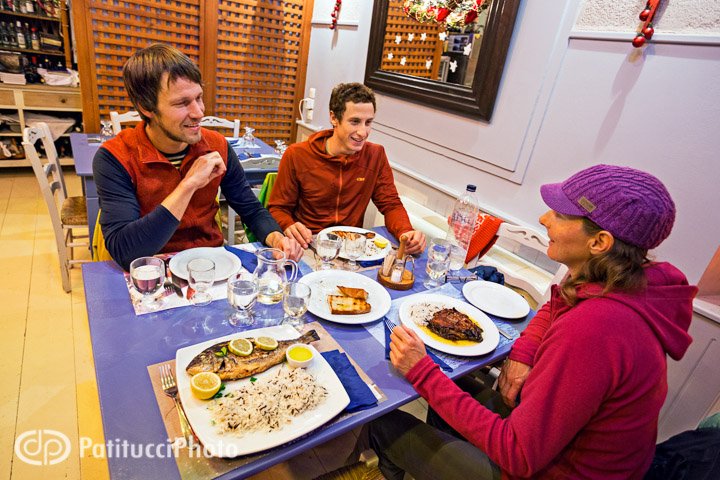 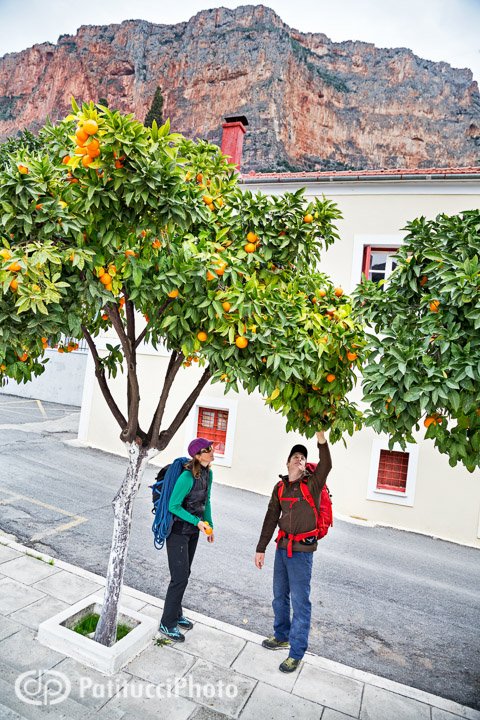 Simon and Janine at the walk through fast food stop, Leonidio style 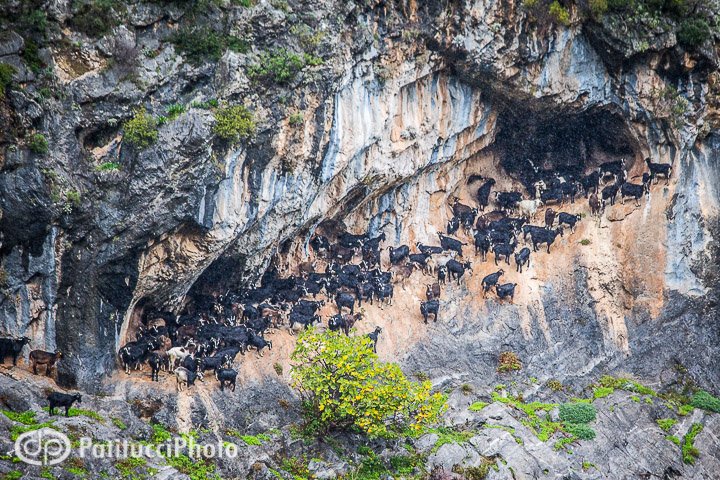 Busy day at the crag… 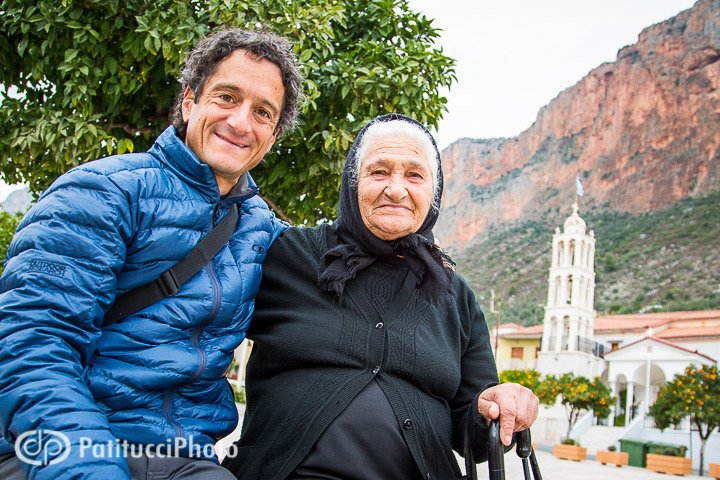 Everything in Greece is a treat. I asked this woman if I could make a photo of her, she sat me down for a photo of us, followed by a bear hug. This is just one of the many reasons to visit Greece.