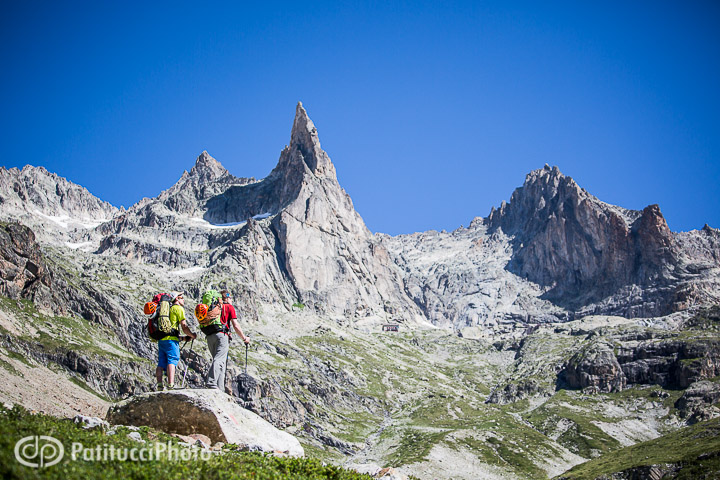 Great photos influence us to try, buy or experience things, ideas, and places.

When Janine found a photo of the Aiguille Dibona and called me over to her computer, I was sure it was somewhere other than Europe. But as luck would have it, it’s in the Écrins National Park outside Grenoble, France, and only a few hours from home. We showed it to our friend Brendan Leonard of Semi-Rad fame, and together put it at the top of our summer 2013 to do list of work projects.

But as Brendan was along, he’ll do what he’s best at, words. We’ll show it all off through what we do, our images. Coming soon will be a few different homes for this story, we’ll pass that info along when they’re ready.

A huge thanks to our partners at Outdoor Research for helping make this happen. 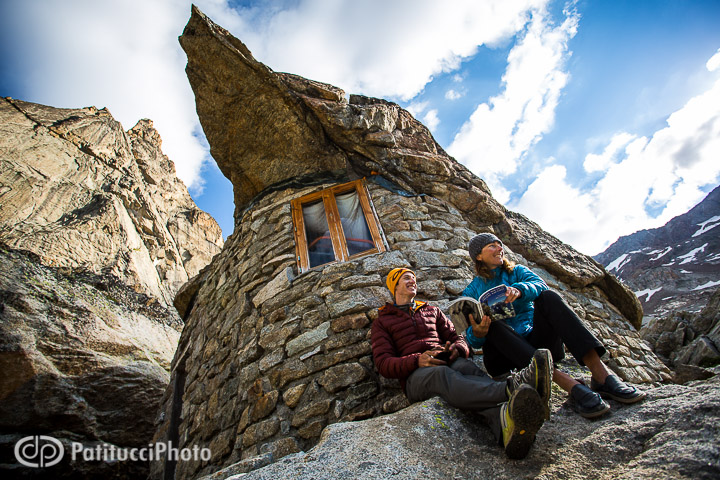 Simon Duverney and Janine Patitucci at the Refuge du Soreiller, basecamp for the Aiguille Dibona 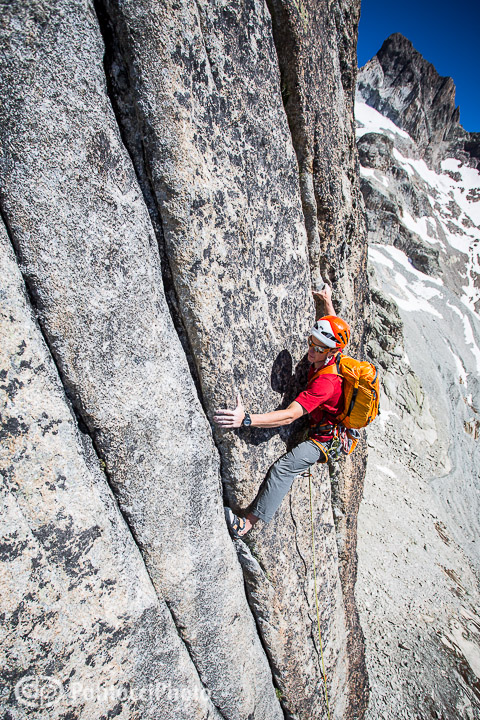 Simon Duverney on the Aiguille Dibona’s classic Visite Obligatoire, 6a+ 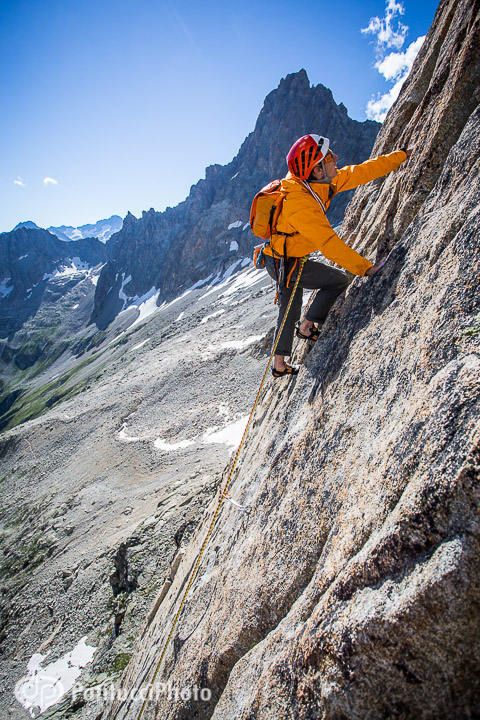 Simon Duverney on the headwall of Aiguille Dibona’s classic Visite Obligatoire, 6a+ 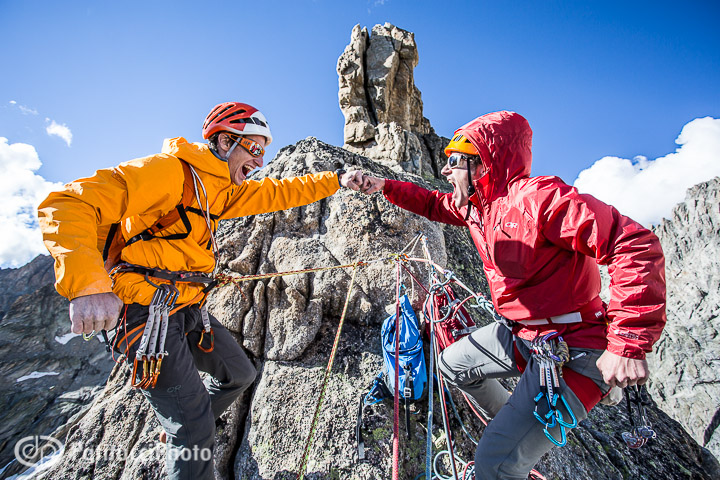 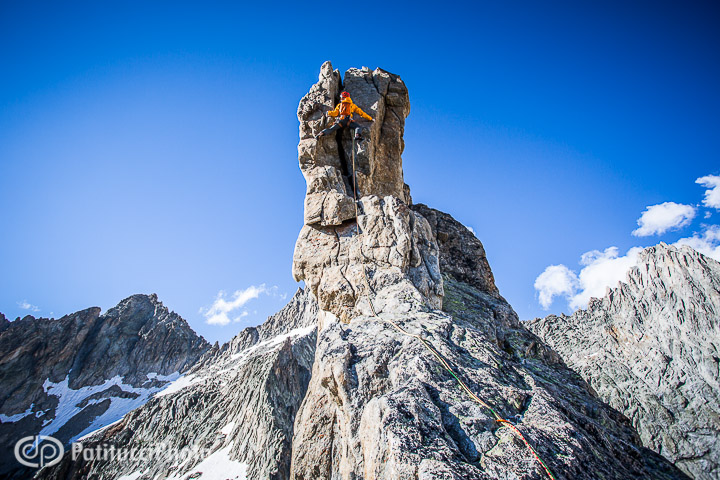 Aiguille Dibona’s final pitch to the top of the needle, a true summit 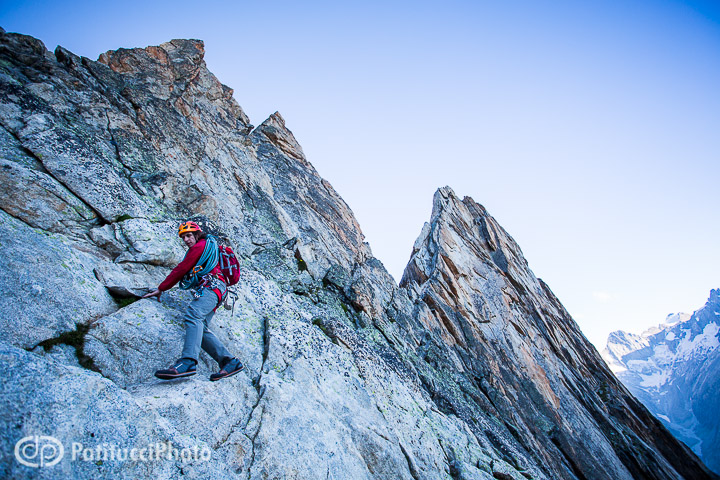 Brendan Leonard on the descent of the Aiguille Dibona 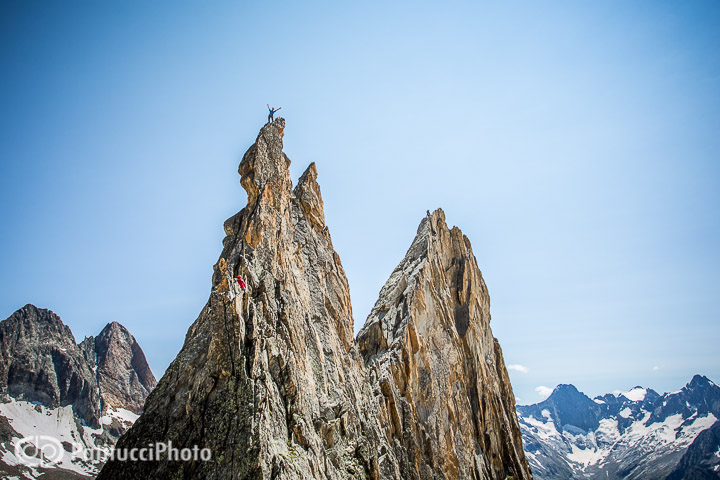 Simon Duverney on top of the Dibona’s sister summit 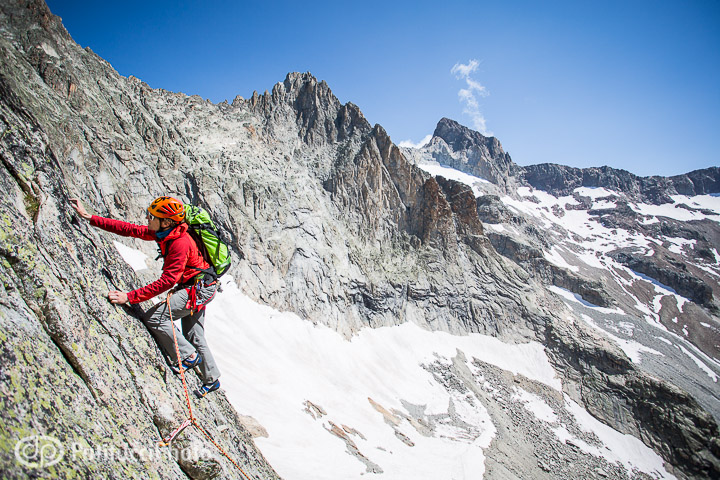 Brendan Leonard on what we called the Gnome Route for it’s gnomes at belays, although we found only one remained, the others having been lost to avalanches. 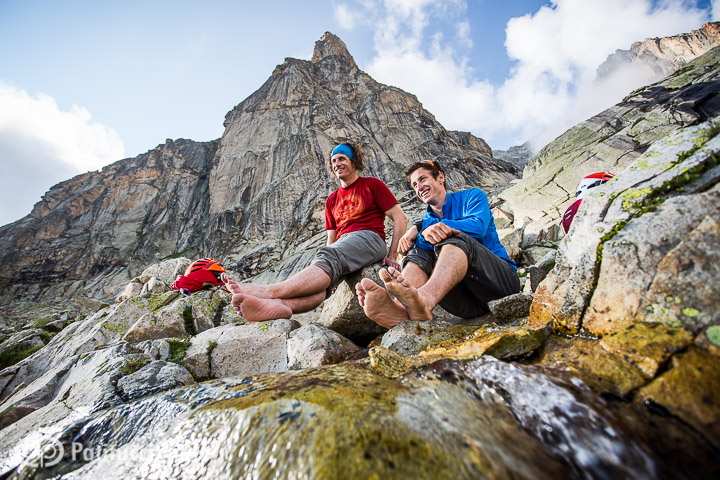 Brendan and Simon cooling down their paws below Aiguille Dibona 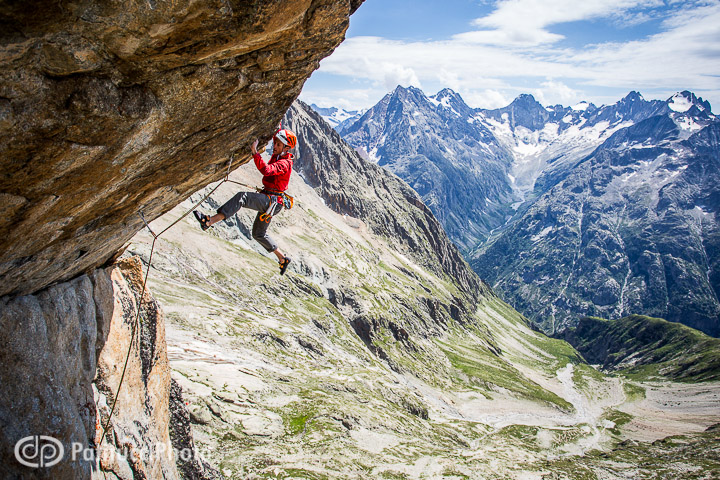 Hardman Simon Duverney redpointing an 8a on the Dibona 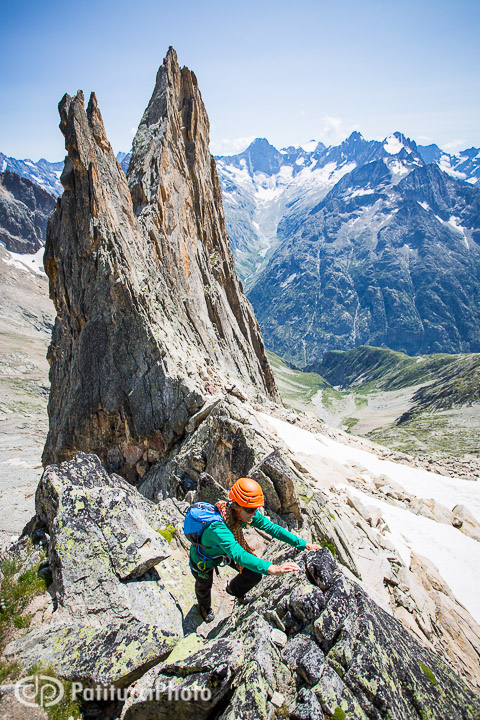 Janine Patitucci heading up the Aiguille Centrale, an idyllic ridge traverse from Dibona north to the Centrale summit, 200 meters higher 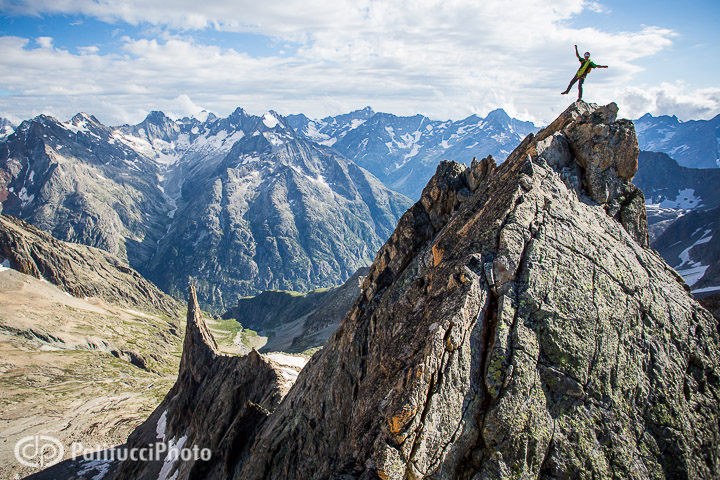