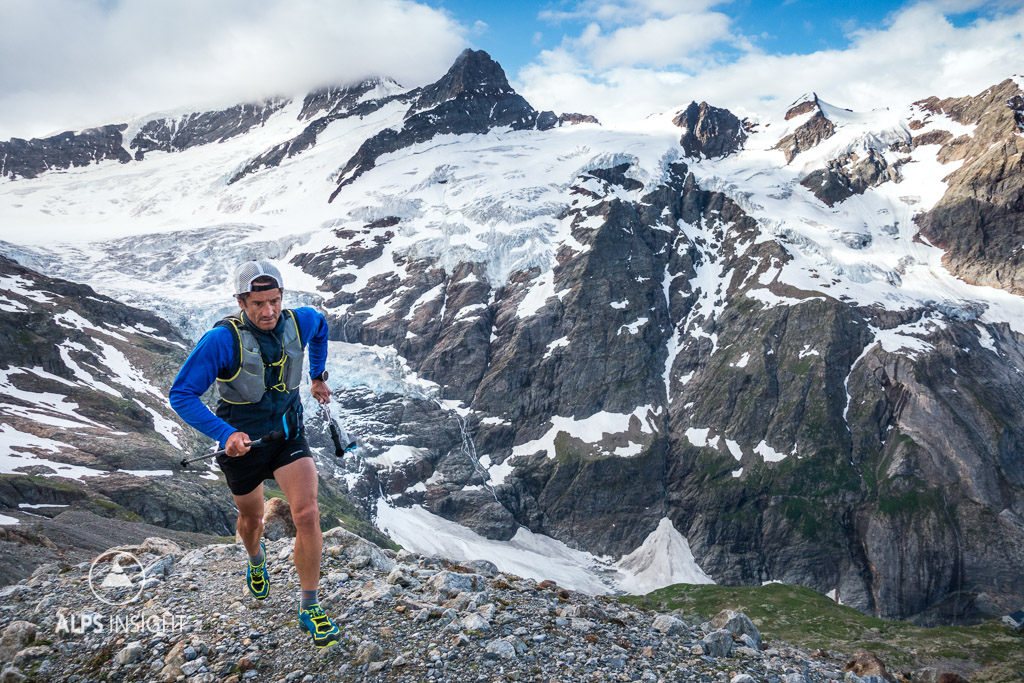 On the way to the Chrinnenhorn, above Grindelwald, Switzerland

When we walked into our local mountain shop, Interlaken’s Vertical Sport, both the men’s and women’s version of the Dynafit Speed Mountain caught our eye. Like so much of what Dynafit makes, they were pretty sexy and needed further attention. My first impression was that I was holding an approach shoe. A bit heavy, lots of rubber, beefy, and with the telltale, under the big toe, climbing support.

We each stood studying our respective model, until Kim finally announced, “It looks like a really bomber alpine running shoe”.

Minutes later, both Kim and I were doing 3 meter sprints in them around the store proclaiming, “These things feel great”. It was immediately apparent that while they look like an approach shoe, they fit and felt like a running shoe. 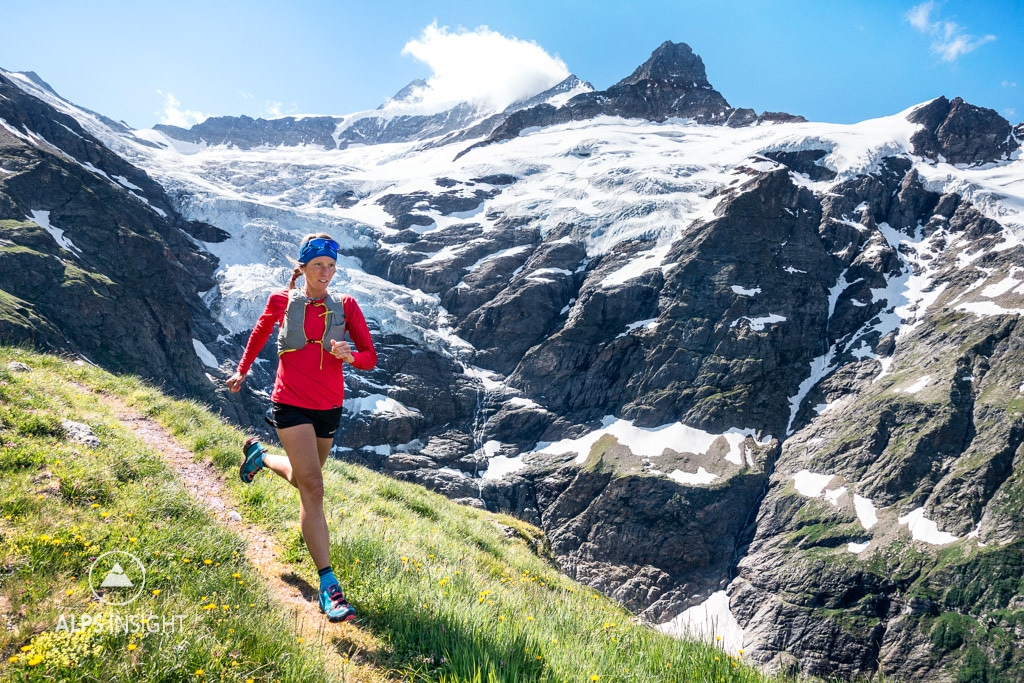 At home on trails as much as off trail. Here, on the way to the Chrinnenhorn, above Grindelwald, Switzerland – one of our Way Ups.

Now, a month later, we can confirm. These things are great. Dynafit has hit a home run for people seeking an all around alpine shoe, and for just about everything that the mountains can throw at you. We’ve found them to be the ideal shoe for our Way Up Alps project, where we run trails, hike talus, kick steps in firm snow, use crampons, and scramble along easy-ish rock ridges. They do it all, and thanks to a relatively stiff sole, keep my feet happy with the support they provide long into big days. 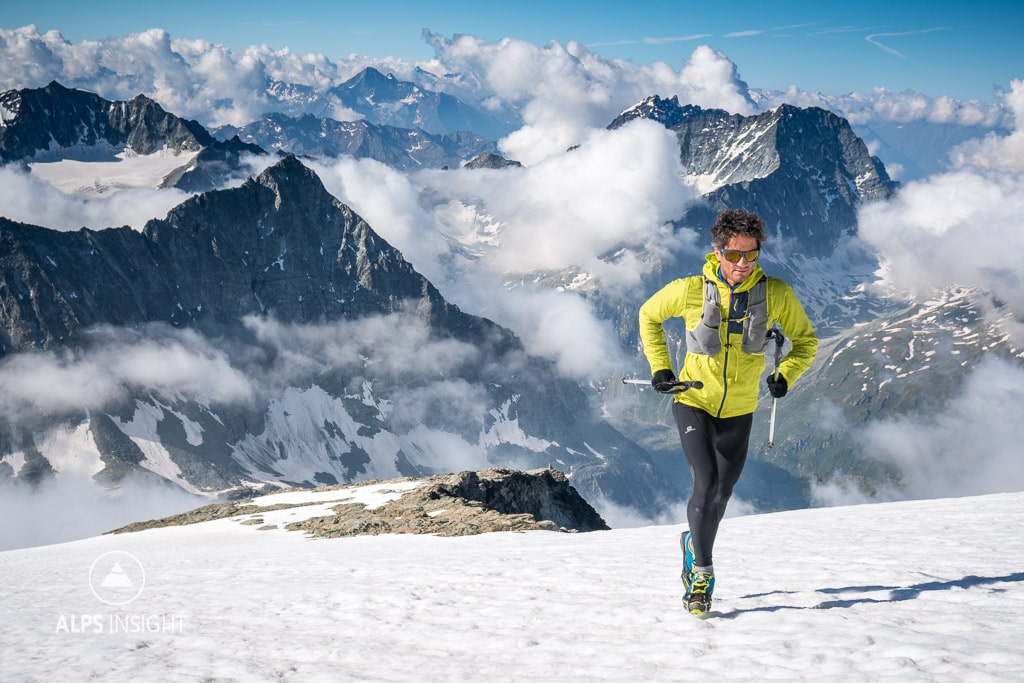 The Speed Mountains combine well with Kahtoola MicroSPIKES. After a trail running approach, then a crumbly rock scramble, La Ruinette has a rapidly shrinking glacier to cross. This 3875 meter peak in Switzerland’s Valais region will be on Elevation soon.

A Little Bad (but not so bad):

Overall, I highly recommend the Speed Mountain. Dynafit has found the right balance between a running and approach shoe. If you run in the alpine world, do some easy climbing, or simply want solid protection for your feet – the Dynafit Speed Mountain will be a great addition to the shoe quiver. 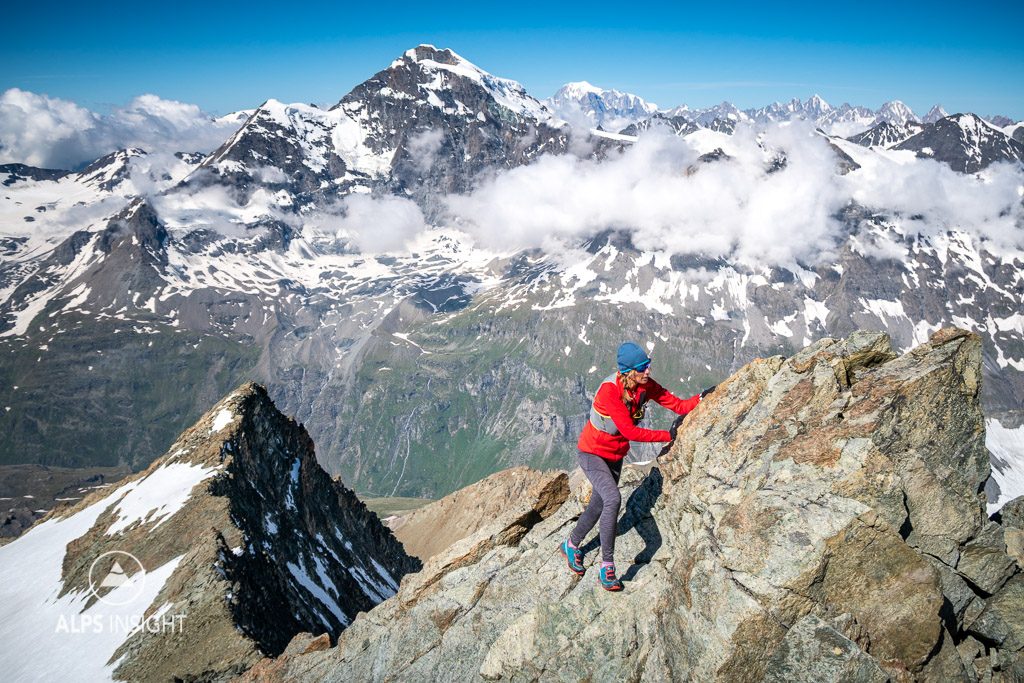 Kim scrambling on the final rocky ridge on La Ruinette. 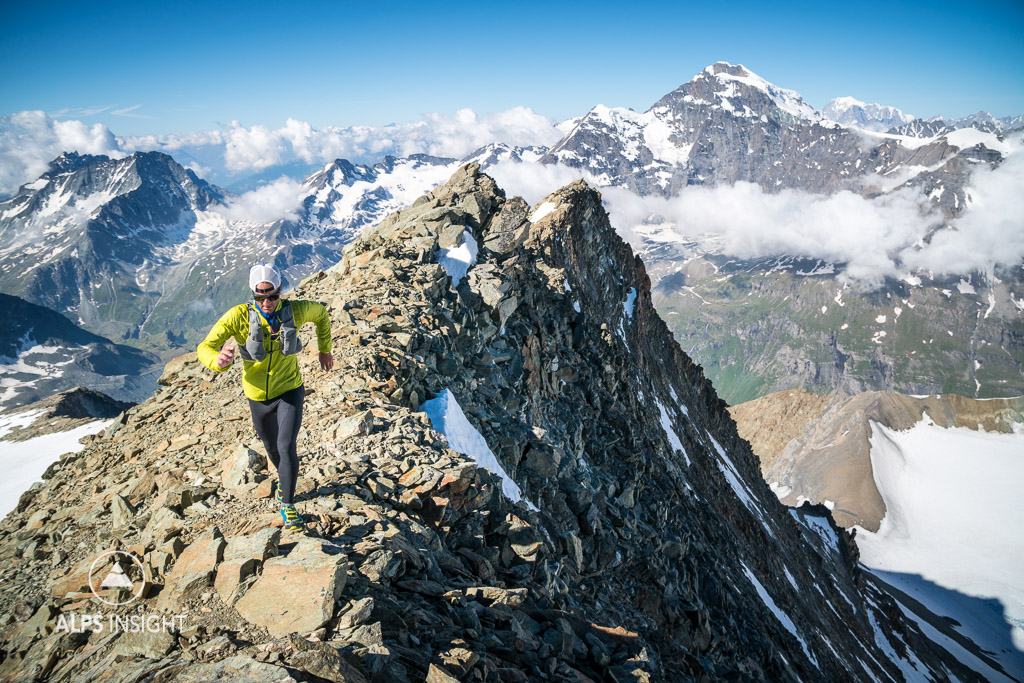 Shoe eating terrain on La Ruinette. The Speed Mountains were in their element, and made it home without injury. 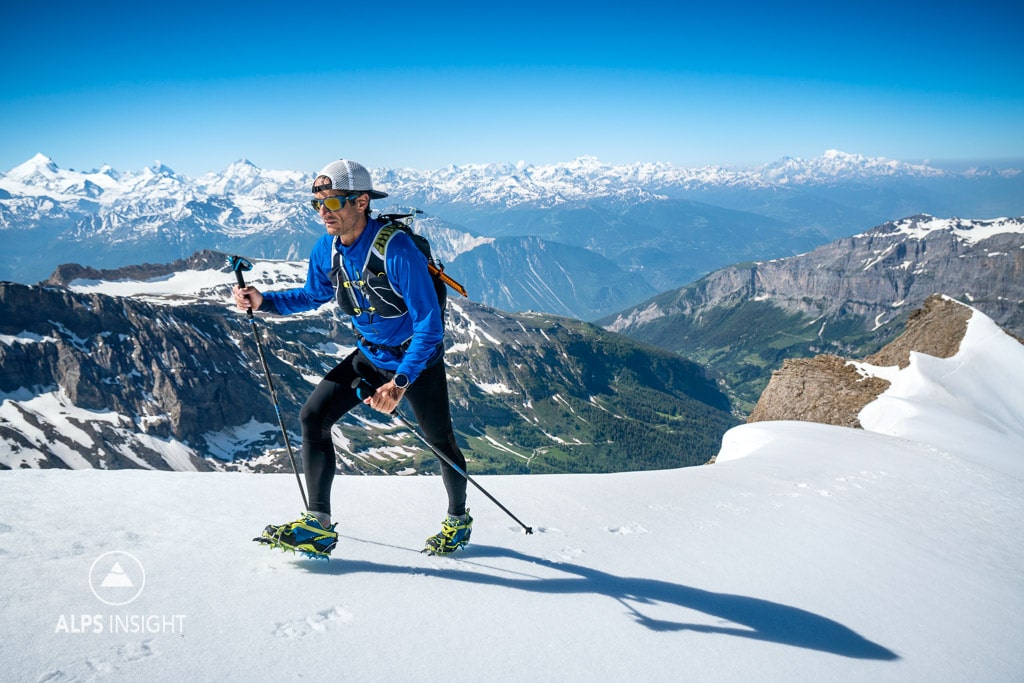 On Switzerland’s Balmhorn, the Speed Mountains with the Edelrid Beast Lite crampons. The Balmhorn is another Way Up featured on Elevation. 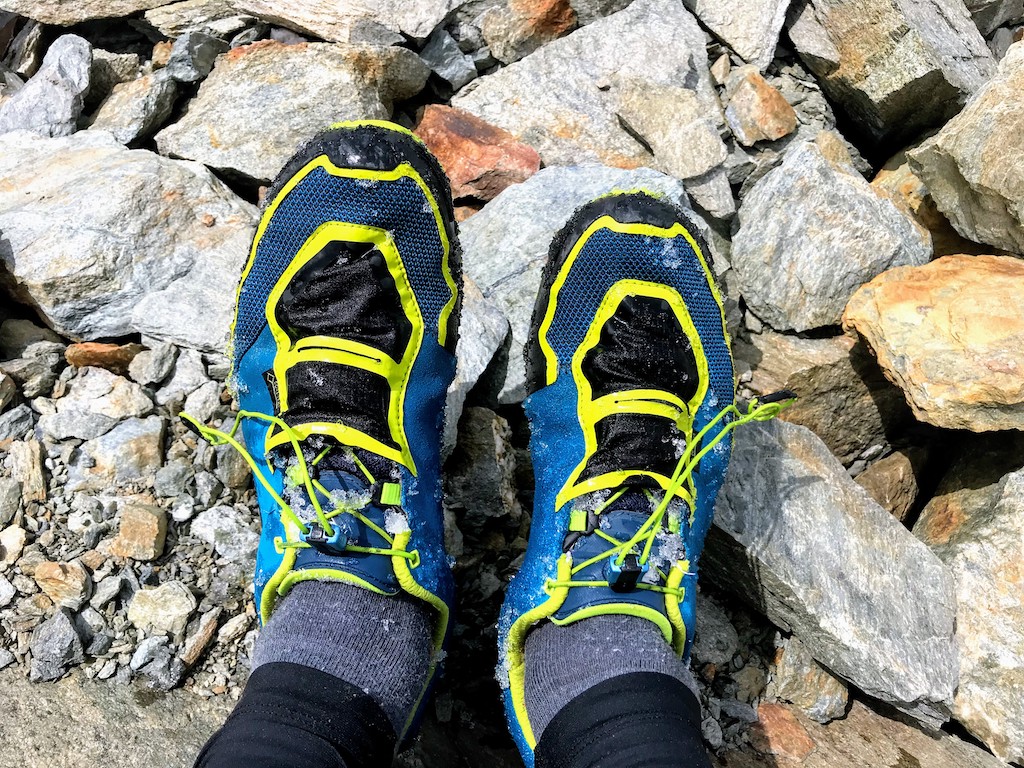 Minor issue… cold, stiff laces that fall out of the top of shoe pouch and dangle off to the side.