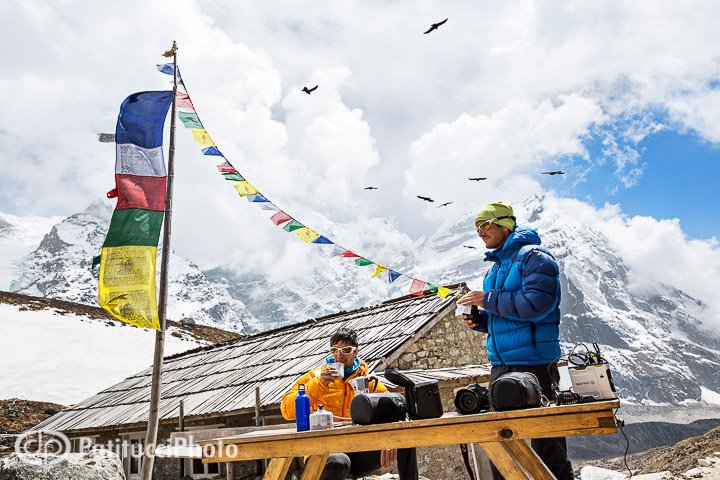 The traveling camera gear show – and where to put it all.

For the last couple of years, we have been working with F-Stop Camera Bags. F-Stop was the obvious choice as they specialize in making bags for mountain sport & adventure photographers. The line is full of options for the outdoor photographer. There was only one minor problem – we rarely use a camera bag. The reason I learned was not because we have no need for them, it was because we hadn’t found one that worked for how we work.

Most camera bags we tried were bulky, heavy, uncomfortable and designed for city shooters. We’re purebred mountain people, like to keep things simple, efficient, and most of all, light. We discussed all this with the F-Stop team and they promised a line that would offer several options. They were right and now, two years later, we have several of their bags that have made camera bag users of us.

Four of their systems have become key for us, I’ll go through how we work, and when & why we use each pack. But first, it’s important to understand their overall system, much of which is based on what they call the ICU – Internal Camera Units. This ingenious system allows the user to first decide on a pack based on their overall needs, and then choose one, or several different ICU cases that match the exact camera gear they intend to carry. For instance, if you go light, you can take a smaller ICU leaving more room in the pack for other things. The system allows for customizing the packs through modular units. And the ICU units themselves can serve as storage for your gear at home that can then be slotted right into the pack you need to take. Watch this video to learn all about the ICU system. 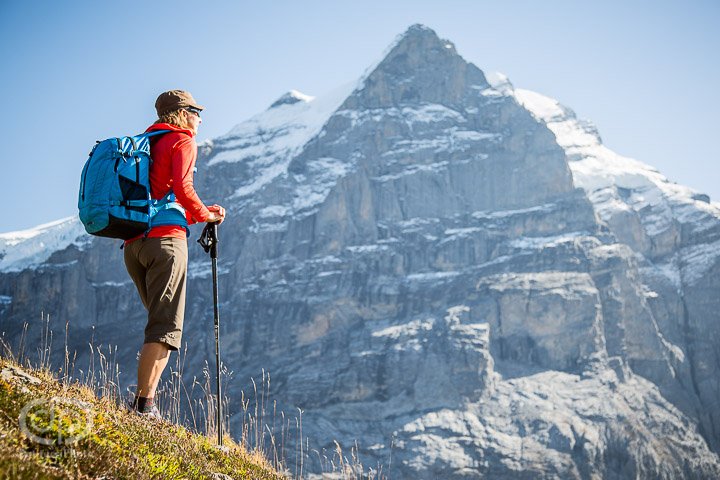 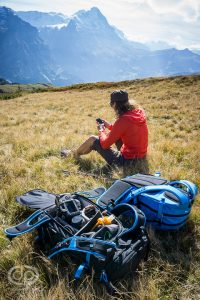 The Loka UL & Guru sit ready for the good light.

The Guru is our office, and travel pack – the pack that goes on shoots where things are a bit more controlled and predictable. With it’s abundant pockets, slots and ICU options (up to a medium slope), it’s a studio on your back. It’s not a streamlined sport pack, but it wasn’t meant to be. We use the 28 Liter Guru for travel assignments, day trip shoots, and the go to pack for quick, grab the camera and go days. As a working photographer, the Guru is the pack you can live out of.

As an option to the Guru, the Kenti is another pack we have used a lot. While we have since decided in favor of the Guru, primarily due to the ICU system, the Kenti is a great pack for many of the same reasons. However the Kenti, being a totally different and unique design, is smaller, and does not incorporate the ICU compartment system, instead it has a fixed camera case built into the pack. Access is completely different but certainly appeals to many users. It’s up to you to determine which is best for your needs. 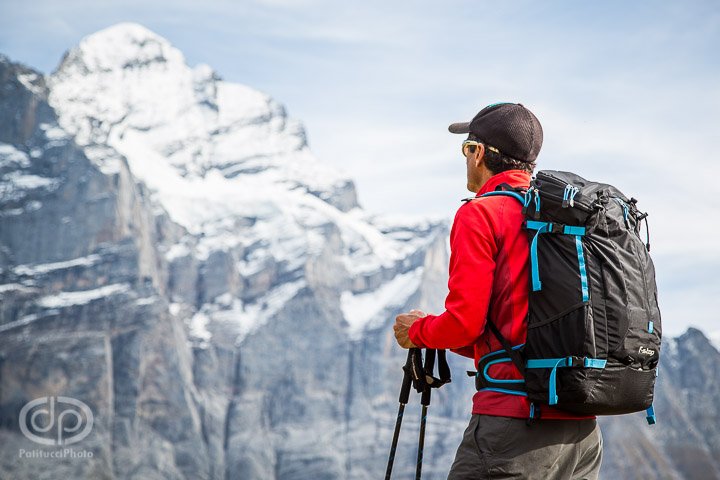 For us, the Loka UL is the game changer camera bag pack. It’s not only a perfect camera bag, it’s a perfect, lightweight backpack – a combination I hadn’t found until this system came along. F-Stop took their ICU system and put it into a simple, ultralight, well designed “real” 37 Liter backpack. It carries as well as any traditional backpack, but has the rear access panel for camera gear. The back panel of the pack opens to expose the entire inside of the pack. A full size (large) ICU can be used for a lot of camera gear, or a smaller ICU can be placed for less camera gear and more of other things.

Now I have a pack I can really use as a backpack, on very real mountain trips, yet easily and efficiently work out of. The pack would also be a great travel pack. A non UL (ultralight) version is also available for those needing more durability. 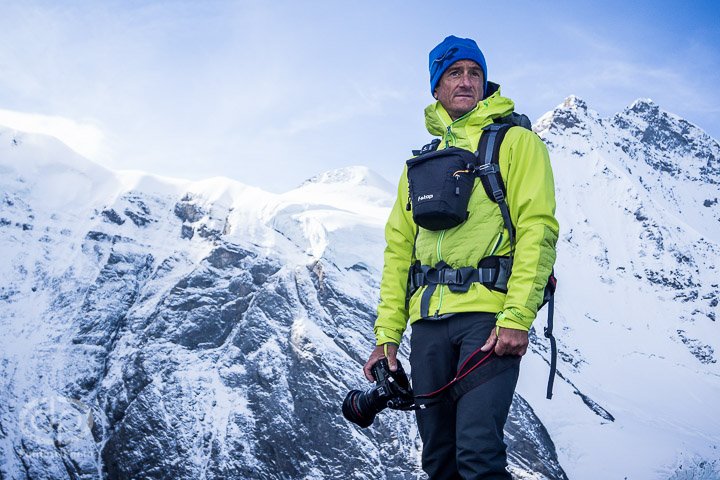 There are always going to be days where I need only my regular pack, or days where I take a simple set up – one camera, one lens. On these days I don’t need a camera bag, but I do need access. I have found the Navin chest bag to be perfect for one simple reason – it is streamlined, with no bulky side pockets, it is just a camera tube from which I can easily grab and shoot. It holds my Canon 5d with a 24-105 or 16-35 perfectly. And when I throw it in my pack, it is the smallest possible well padded bag that I have seen. Simple, perfect. 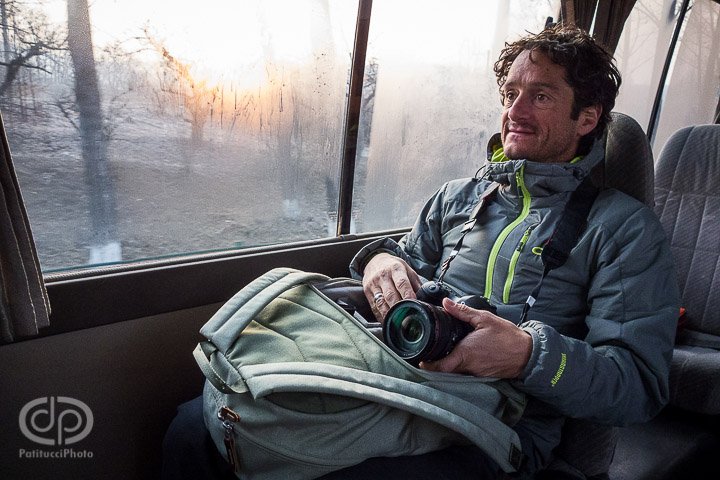 Using a Beta travel pack while on assignment in North Korea. Photo by Tim Neville.

If ever there was a time to not look like a photographer, an assignment I shot in North Korea was that time. I needed to be a working photographer without looking like one, but I needed a pack I could truly work out of. F-Stop had just the right pack for me, in fact it was comically perfect. An undercover travel pack, which appeared to be just an old bag – ideal for either a hipster, or working journalist trying to remain low profile. I’m certainly no hipster, but I most certainly wanted to blend into North Korea as a random tourist.

The pack was a “Beta” version of things to come, and it shows how they think – which is exactly why I appreciate what they are doing. They are meeting my needs with the best possible products that until now, have mostly been absent.

Full disclosure report – yes, we are sponsored by F-Stop but were in no way paid or even asked to do this report. It all comes as a result of appreciation for a good product. Watch for more reviews of products we find to be of the best quality.