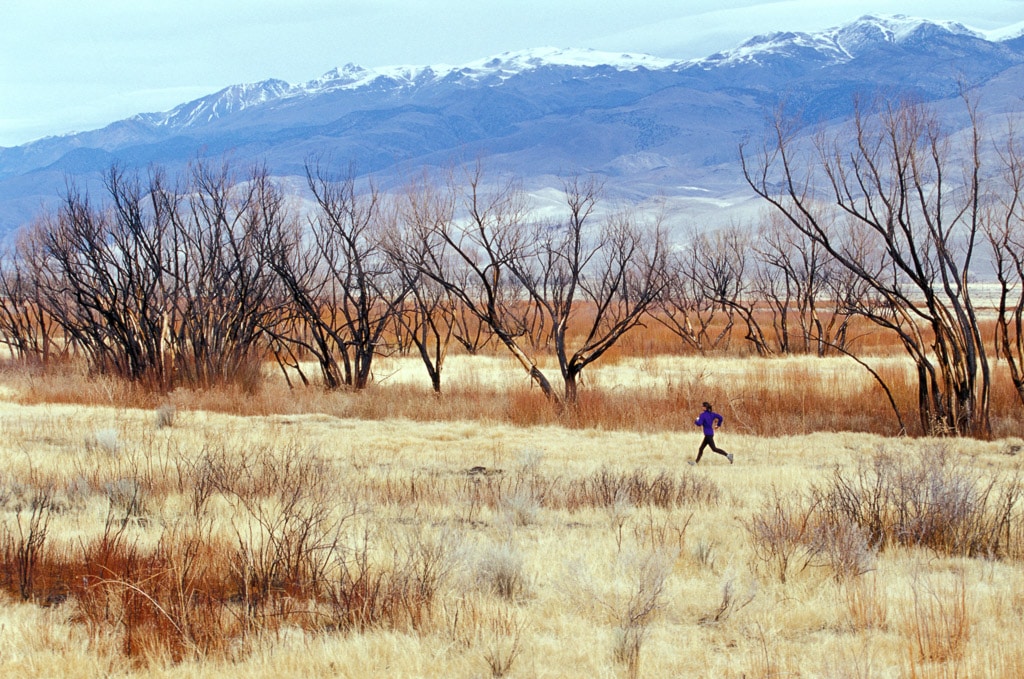 As I sat staring at the wall of the cafe taking in all I had just read, my friend Paul walked in.

After morning greetings, I decided to share the email I just received. Paul’s a psychologist and I was sure he would appreciate the impact of the words that had been sent to me by someone named Eva. After a few minutes of silent reading, he smiled, looked up and said, “Well you did it, you can pretty much quit and call it good because you can’t top that”.

The email we had each read had started with, “I have a wonderful story of inspiration to share that involves your photograph”.

Ultimately, as photographers, we strive to produce something resulting from our vision, in return we want the viewers of this work to emotionally connect to this vision. My own particular vision is to inspire people through mountain sport, which is as much my passion as photographing it.

In the mail I received, I read Eva’s story about how she was inspired by one of our images. So inspired that this image became a symbol of what she wanted after suffering from a horrible accident that left her forever changed. She described the hell she went through, only to make it out the other end a better person, and finally, “I really want to thank you from the bottom of my heart for this particular photo, we have been in quite the journey together your art and I, the image evokes such expansion and how glorious life truly is.  Thank you ~ thank you ~ thank you.”

As Paul said, “You can’t top that.” No, I can’t. No job will roll in that will give me the same reward as making the difference in someone’s life. This is the most dramatic example of exactly what we strive to do.

Strangely though, we have found the opposite reaction to some of the same images we hoped would inspire people. In today’s world of daily social media bombardment, I too play the game of posting images and stories that I hope will be a hit. The goal is not to beat my chest, but to provide information or some inspiration to do things you love in the mountains. Interestingly, the very images that will generate the most “Likes”, are the same images that will cause the most unfollows. When I see this, I think back to several instances where people have told me that they stopped following us because our images actually frustrated them. Maybe a negative reaction to a positive image is a mirror of where we are in life.

Years ago, a similar email arrived, by Lyra. Her story started with seeing an image and being open to how it made her feel. In this case, she was traveling in Europe and saw a poster at a Patagonia store. The image made her dream of far off places and a life exploring them. Lyra then realized the image was not so exotic as she imagined, the caption revealed it was in California’s Owen’s Valley, only a few hours from her home in San Diego.

“It was like a smack in the face, a reality check, reminding me, ‘Hey, you live in a beautiful place, too. Don’t forget that.’ – But what Lyra made of that is what the story is. After seeing the poster, she visited the Eastern Sierra and Owen’s Valley. A short time later she found herself with an entirely new direction in life, living in the Eastern Sierra, in the very place that had inspired action. At this point she contacted Janine and I, and expressed, “How, in wandering retrospect, this photo changed my life.”

The reality is that in life, just like social media, there are followers and unfollowers. The difference being that the followers recognize a message and are then willing to follow their hearts.

At the end of Lyra’s own story, she summed it up perfectly, “Some years ago, while milling about in a conference room before an orientation for my first mountain guiding job, a quote by Rumi on the wall caught my eye: “Let yourself be silently drawn by the stronger pull of what you really love.” 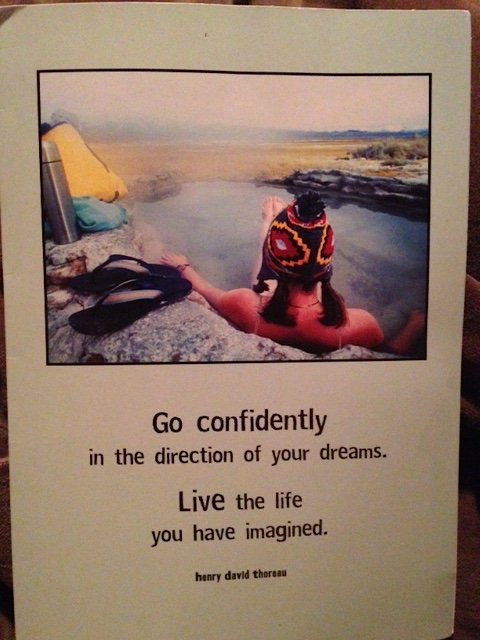 Eva’s inspiration – the very image she carried with her. 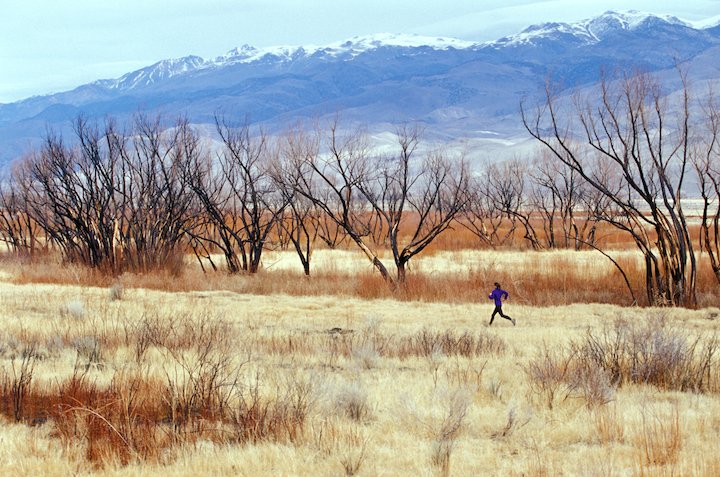 The image that made a difference for Lyra

A huge thank you to both Eva and Lyra for taking the time to let us know what our work meant to you.