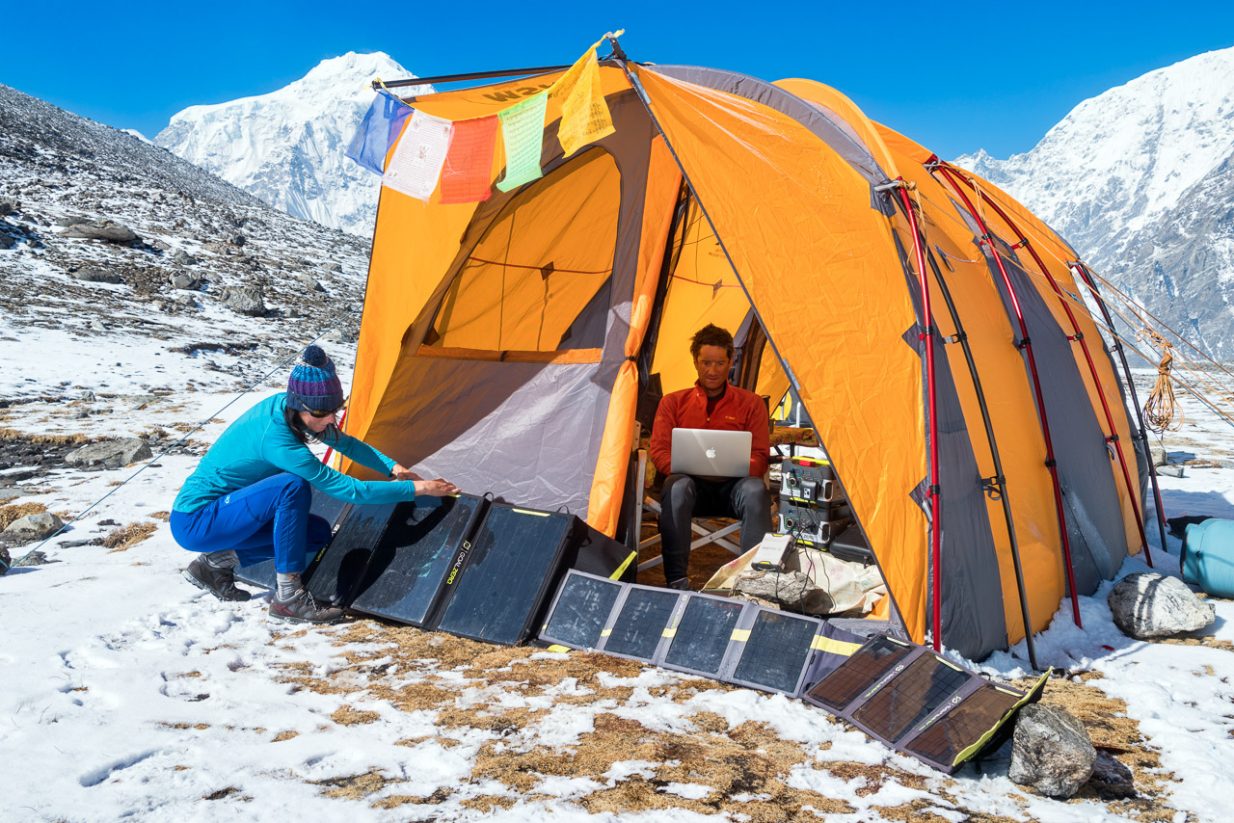 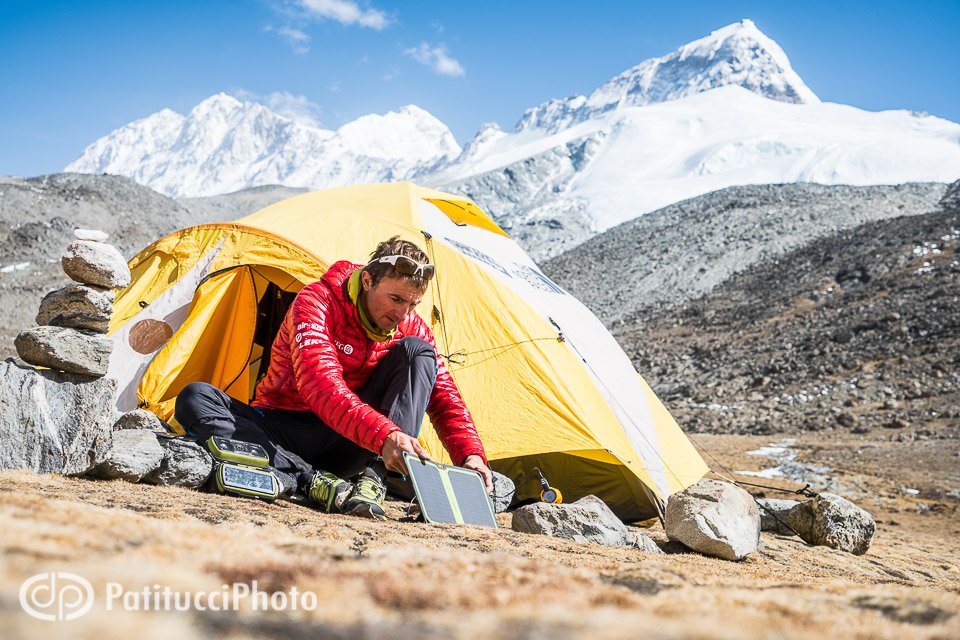 For five weeks we were six people completely self sufficient at a very remote 5250 meter basecamp beneath the south face of Shishapangma in the Tibet Himalaya. One of the absolute necessities on a trip like this is power for charging all the numerous electronics so we can work and communicate. If our charging system fails, or doesn’t work – we can’t work. 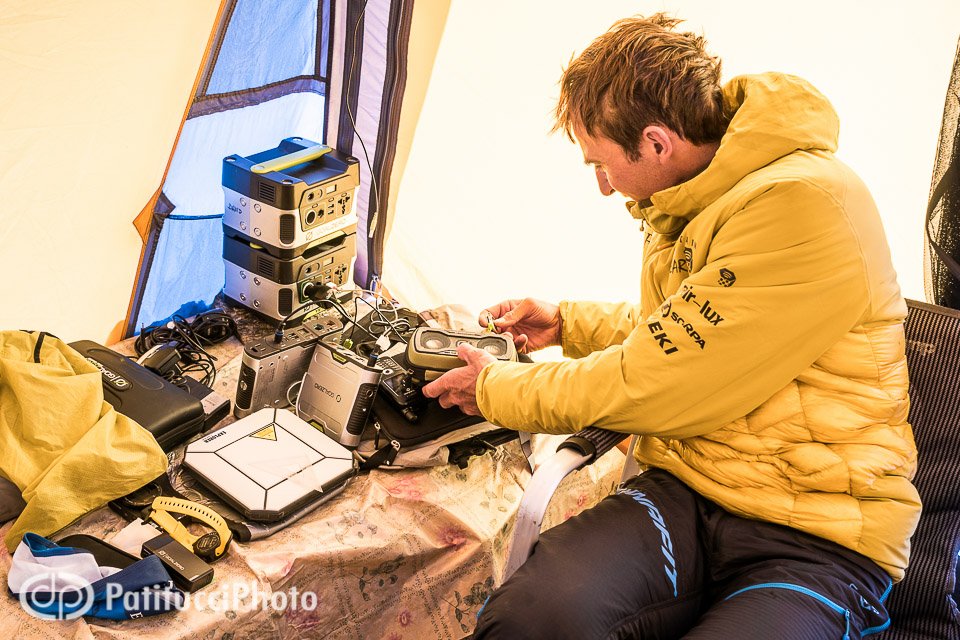 Ueli Steck at the charging station inside our basecamp tent. In hindsight, two Yeti 150’s was one too many, the Yeti 150 combined with a Nomad 100 solar panel is not much different than a wall plug at home.

This post is a blatant plug for a brand we work with – but deservedly so. Goal Zero solar systems play an absolutely key role in what we do as photographers working in such a remote location for so many weeks, and for what David Göttler and Ueli Steck do as climbers hoping to establish a new route on Shishapangma’s 2000 meter south face. But it wasn’t just the climbers and photographers relying on Goal Zero, even our two man kitchen team had a set up for lighting, and to listen to their own music.

When we tallied what was being charged, the result was impressive:

Goal Zero Solar Panels in use:

Goal Zero Battery Packs in use:

I’d say we were heavy users of our electronics, draining the computers, and anything having to do with entertainment each day thanks to a lot of bad weather/tent time. Even with so much bad weather, and little direct afternoon sun, the Nomad 100 panel easily kept the two Yeti 150 batteries full. Our basecamp power supply didn’t feel any different than having a wall socket at home.

This was our third Himalayan expedition relying on Goal Zero, and the most demanding. Their gear works perfectly and we are happy to promote them as both photographers, and very real users. 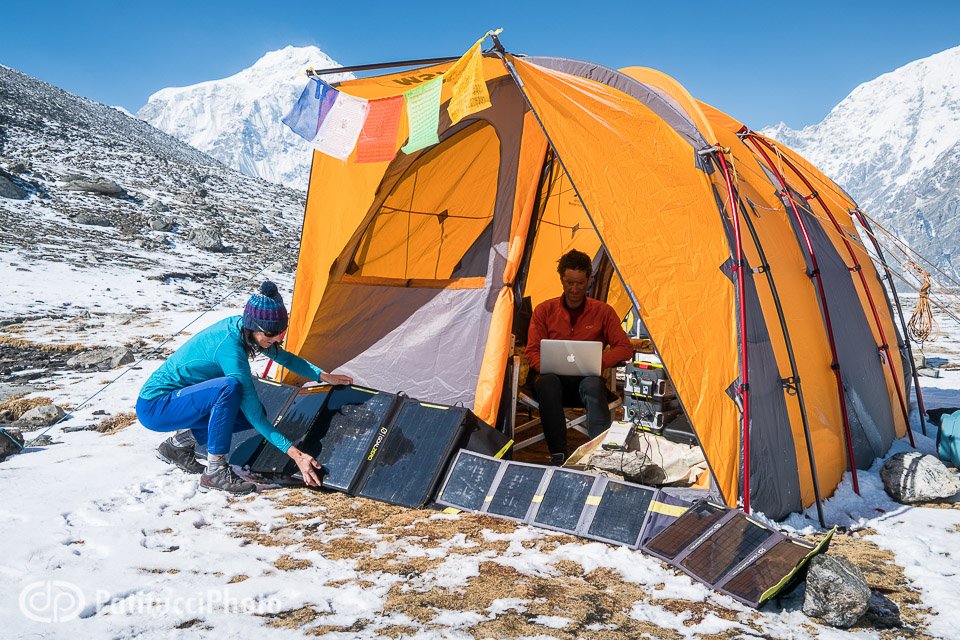 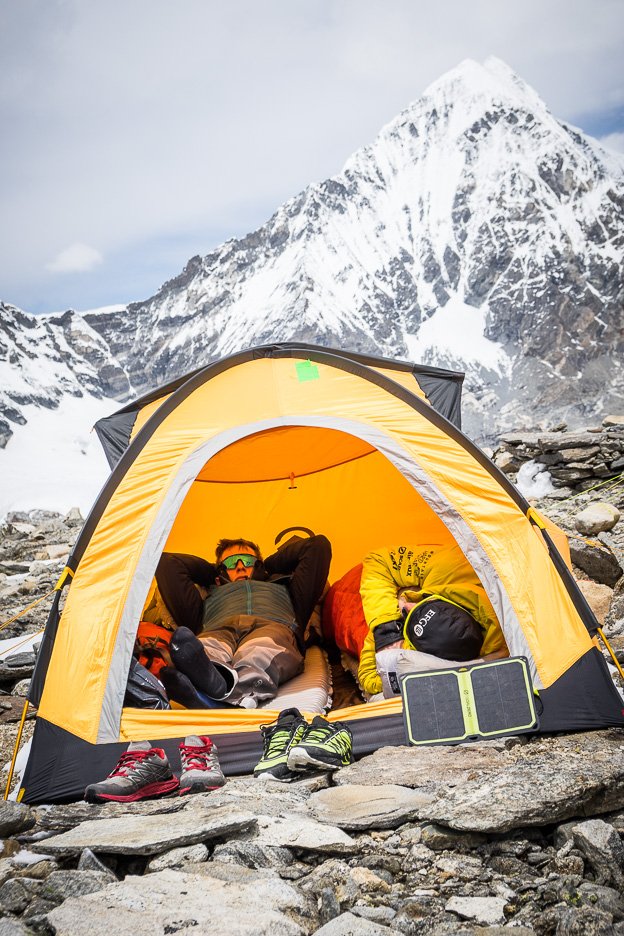 Boredom Management : The Nomad 7 Plus panel was light enough to take to ABC at 5850 meters, and enough to keep the phones topped off for movie watching during all the many hours of waiting.