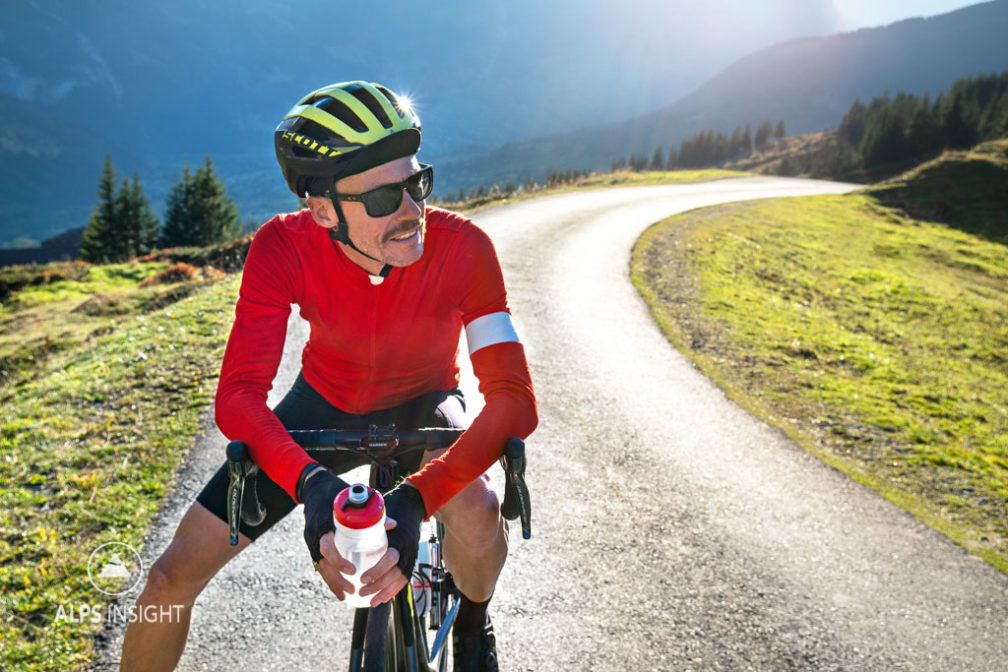 I met Dan in June 2010. I was in the Dolomites for a cycling tour and was looking to connect with local riders on the rest day; at the time he was living in Brunico with his wife Janine and I found out about him through social media. A few messages later, we agreed to have coffee in Corvara and go for a ride. He took me on his favorite loop over Passo Gardena and Passo delle Erbe: it was not exactly a rest day but a friendship was born on an eight hour ride in a UNESCO World Heritage site.

When I grow up, I want to be Dan

Dan and Janine became a huge inspiration to me. As professional mountain photographers for 20 years, they were living the life: always outside, sharing inspiring images of athletic feats in beautiful places, running a business out of their passion… At least that’s how I viewed them ( I later learned that a significant part of the time of anyone earning money in the outdoor industry is spent in meetings, in front of a screen or on the phone; in many ways, it’s a job like any other). “When I grow up, I want to be Dan” was the joke I was telling, but only to myself – I couldn’t imagine I could ever get close to it.

But soon I got a glimpse of the life. In 2012, we embarked together on the Swiss Criss Cross: 5 days across Switzerland on road bikes from Chamonix to the Stelvio, one rest day and back to Martigny – this time on mountain bikes. I witnessed the whole process: come up with a cool idea, get stoked about it. Make it a project, find partners to support it. Do and document it, share it with the world. I loved it… We rode hard, we shot zillions of pictures, we laughed, we ate well. I lost skin and Dan broke ribs. I ended up on the cover of RoadBIKE Magazin.

By then Dan and Janine had moved to Interlaken in the Swiss Alps, just a few deep valleys and high mountains away from my house. We were spending more time together but I still saw them in a world apart from the comfort of my desk job at the UCI.

Meanwhile, my passion for photography and storytelling kept growing. I enjoyed sharing my rides on social media; trying to take decent photos added a new, exciting dimension to my cycling life. My pictures were awful compared to Dan’s but some people seemed to like them and that made me happy. I also started guiding for a friend’s business on my free time, which took me back to the beautiful Dolomites.

Then two things happened. In 2014, I lost my job; a few months later, I married this American girl who believed anything was possible. Lillie pushed me to be A Swiss With A Pulse, this silly nickname I was hiding behind on social media.

I let the pulse beat and went full on for my dreams, starting with the Transcontinental Race: 4’400km across Europe in 16 days… a journey I shared in words and images with the support of brands and media that believed in me. I also found a new job at Grand Tours Project, a cycling tour operator, where I learned the ropes of managing a small business; it was hard work but I loved guiding and creating content to inspire people to ride their bikes in beautiful places.

Part of the family

I kept working on projects with Dan, including a story on the Strada dell’Assietta and a video on the Grosse Scheidegg. In the meantime he had founded ALPSinsight with Janine, a collective of content creators sharing stories from their life in the mountains. Together with Kim the trail runner, I joined ALPSinsight: I felt I was now part of the family – as the youngest son, trying to act like the grown ups.

About a year ago I made a step towards adulthood: I started my own business. Guiding, creating content, consulting with cycling events and the tourism industry… At 47, I became my own boss. I was stoked and scared at the same time – my pulse was beating hard.

In the process, Dan entrusted me the latest baby in the ALPSinsight family: Switchback, a collection of road and gravel rides in the Alps and beyond. It’s been way too long in the making because life as a freelancer is a rollercoaster, but many months later it’s finally online and I couldn’t be prouder. There’s no garbage here – it’s only bucket list stuff we’ve ridden and loved. In short: Switchback is a home for our favorite work.

For now the content on Switchback comes mostly from our past projects and I will add loops I rode this year soon. But first, a warning: initially I planned to shoot them with Dan. I was getting more confident behind the lens but I still saw myself as the model and the writer in the team. He was the photographer.

That day in May

And then came that day in May. We spent hours riding and shooting with Kim in Emmental, a Swiss region south of Bern. I was happy: it’s a great place with green hills, quiet roads and smooth tarmac. A cycling paradise… But Dan, who is at home above tree line amongst glaciers and rugged peaks, turned to me at the end of the ride and just said: “dude, this is not my thing. You’re gonna have to shoot for Switchback from now on”. And he disappeared for the whole summer to look after the trail running kid in the ALPSinsight family, Elevation.

It was another pivotal moment. I had to jump off the cliff and shoot by myself. From then on I would have to pretend I knew how to take pictures, with no back up plan. It’s been a steep curve  (and it still is) but I learned a lot over the last few months with my friend Luca as a model. You’ll be able to judge the result by yourself as I will add rides I did this summer in Italy, Switzerland and France over the next few weeks. I will also blog here on ALPSinsight along the way to share stories around these rides. Hopefully this will be an inspiration to stay fit through the winter and add new destinations to your bucket list; a list that should keep growing in 2020 as our plans are taking shape – it’s going to be another fun year. And I hope to get Dan to join me on a few rides!

Running Switchback comes with a healthy amount of pressure, which is a polite way to say that I’m still shit scared at times: I want to keep up with the high standards of ALPSinsight for both images and storytelling. I’m not quite grown up yet but at least I feel I can now hang out and drink with Dan and Janine.

I hope you enjoy the party.

Visit Switchback, the road and gravel biking guide in the Alps and beyond

Our 2022 Calendar is coming soon