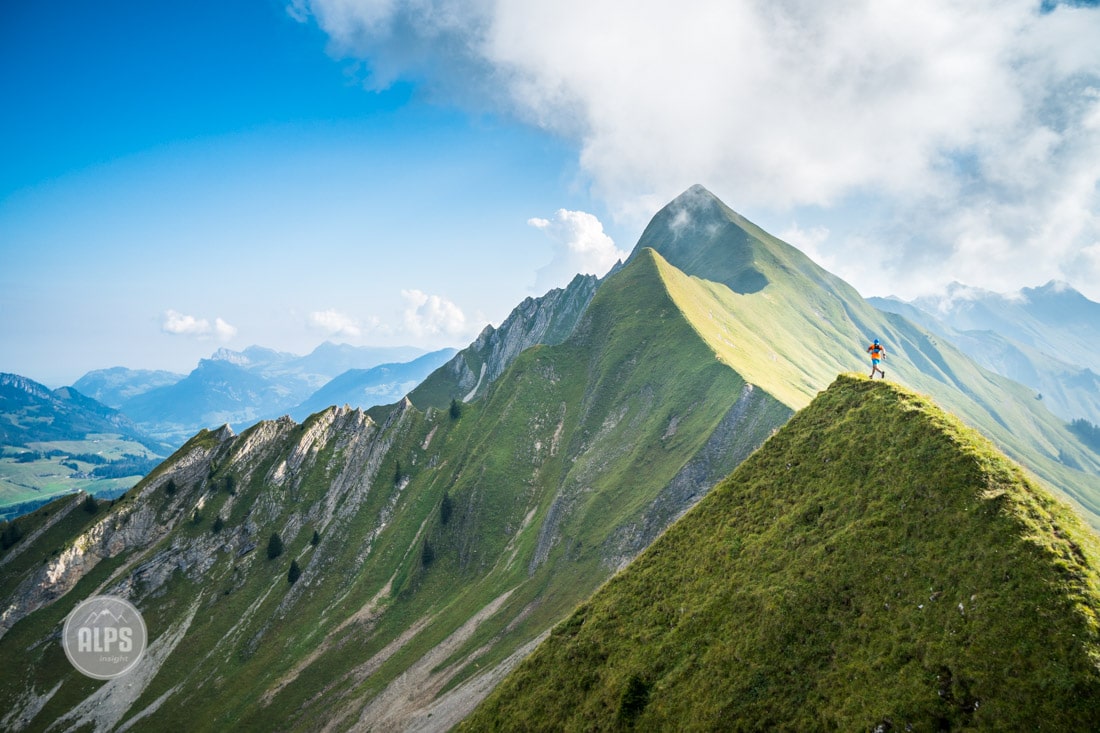 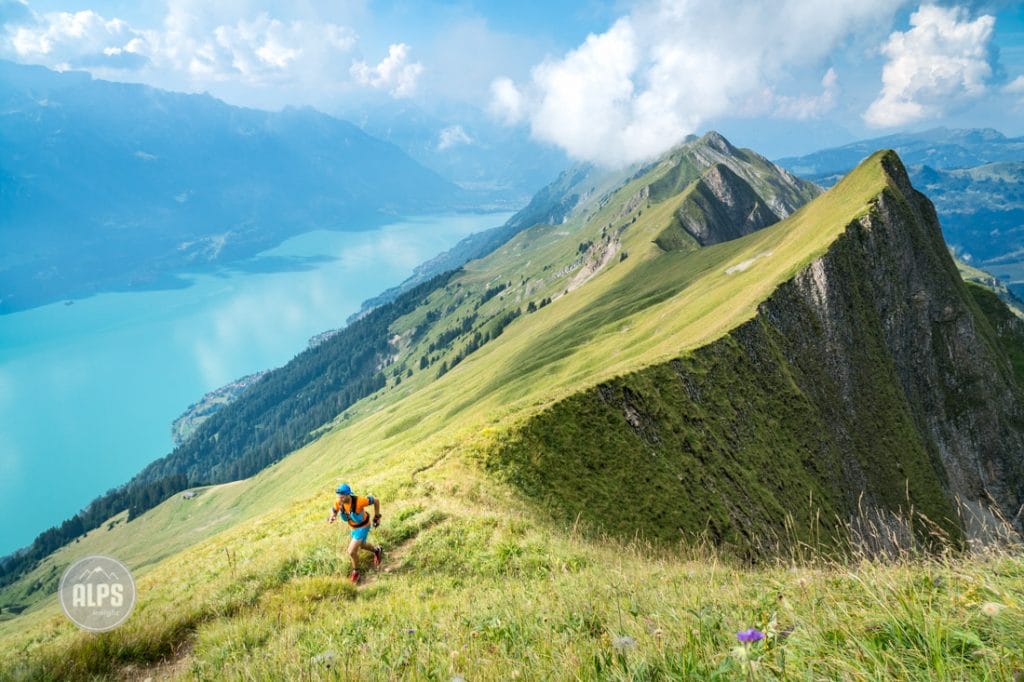 If more is better, then more of the Hardergrat is, well, really hard, and for sure even better.

Together with my good friend Brody Leven, we just did the Hardergrat to the standard endpoint of the Brienzer Rothorn Station. But, instead of eating ice creams and hopping on the old steam train to escape the ridge, we continued past the station to the Brunig Pass, adding an additional 14km to the route with less than 100 meters of added vertical gain. And, unlike the Harder itself with all its extremely technical terrain, this finish is on almost nothing but buffed out singletrack, perfect for running all the way to the Brunig.

If you’ve followed along as we’ve talked about the Hardergrat, either here at ALPSinsight, or at our PatitucciPhoto site, you know this is one of the world’s most spectacular trails and experiences, but one that may not be for everyone. We highly recommend you read up on all we’ve written about this trail – it takes special care.

Brody Leven’s Take on the Hardergrat

When I mentioned to friends that I was coming to Switzerland, I expected them to comment on the Eiger or the chocolate or the cheese or some expensive watches. Instead, multiple people told me the Hardergrat was the one thing that I couldn’t miss during my time in Interlaken. After Dan and I spent the majority of yesterday on the ridge, going from end to end, I get it: the Hardergrat is the most unique trail I’ve ever experienced. Now I don’t know about the Easygrat or the Hardgrat, but I know that the Hardestgrat wouldn’t be for me. A seriously long, sharp ridge with a lot of up and a lot of down. I wish it was in my own backyard (and thus I’m currently seeking a Swiss girlfriend who lives on the north side of Interlaken).

Brody Leven is a professional skier and mountain athlete who is bad at staying home. Girls with Swiss passports, in Interlaken, can find him at brodyleven.com 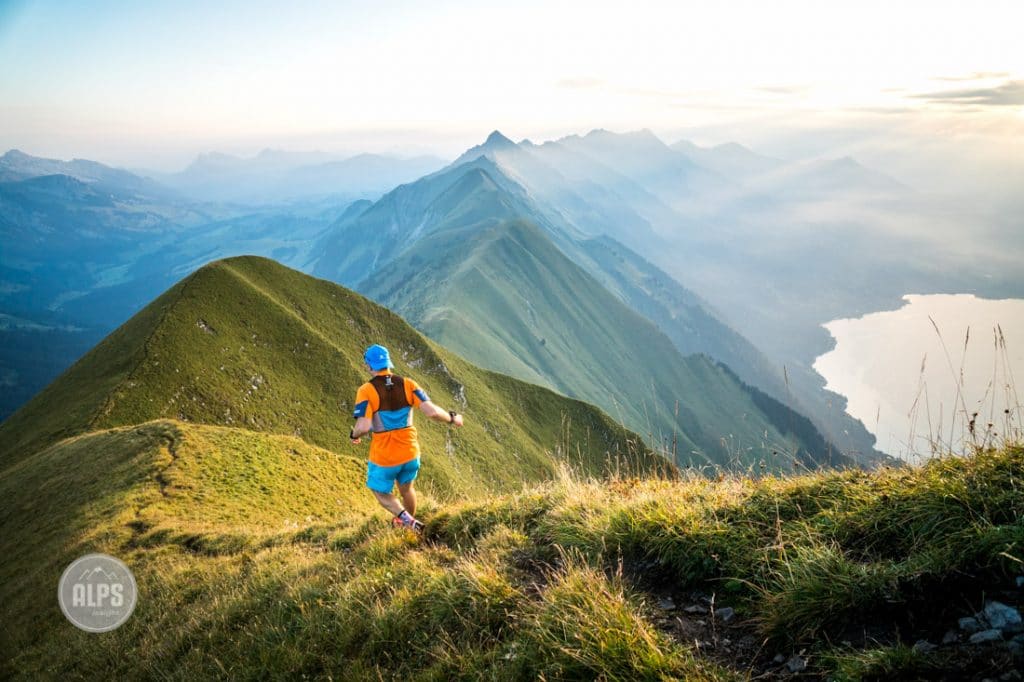 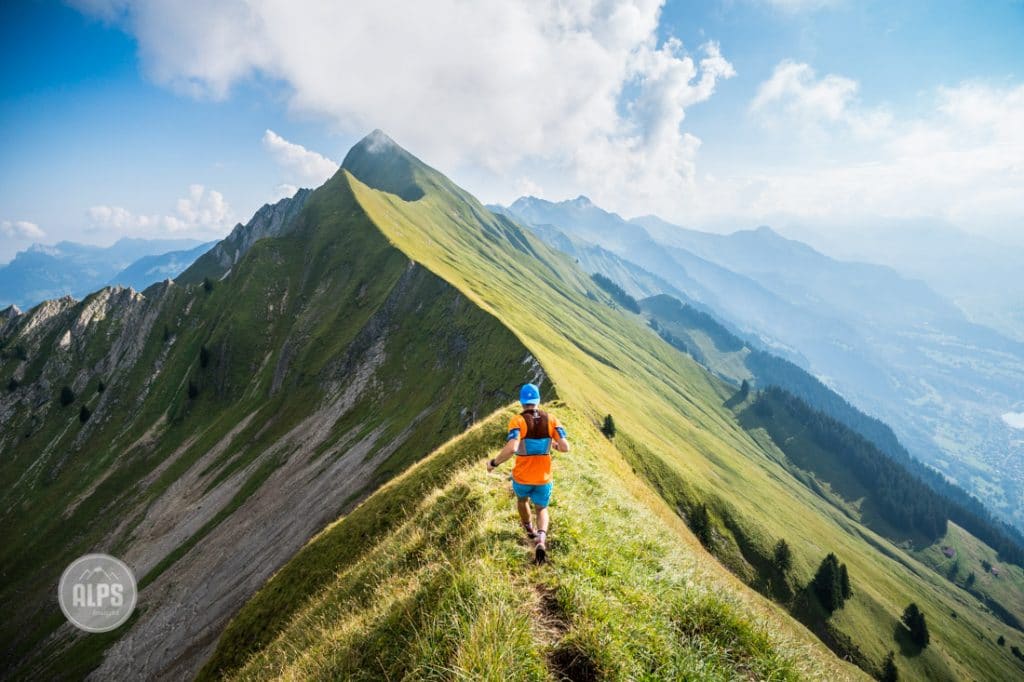 How it looks for most of the day. 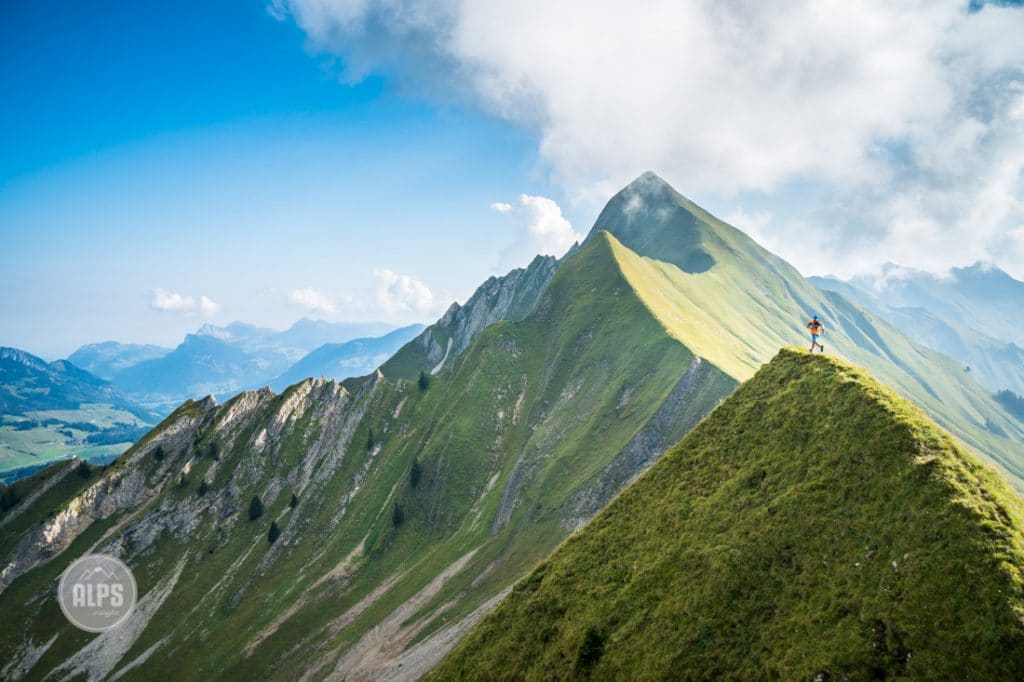 Brody Leven on his way to the Tannhorn, the last of the big peaks on the ridge. 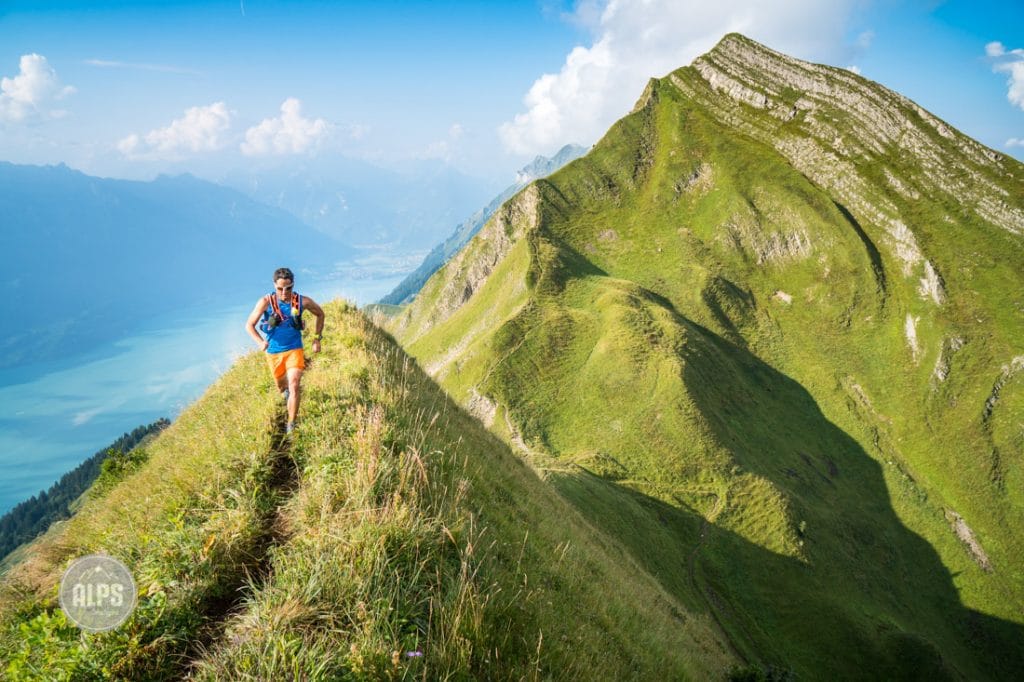 Dan Patitucci running the ridge with the trail on the peak in the background just barely visible. The ridge is about 40% running, 55% hiking, and 5% scrambling. Or, 95% hiking. 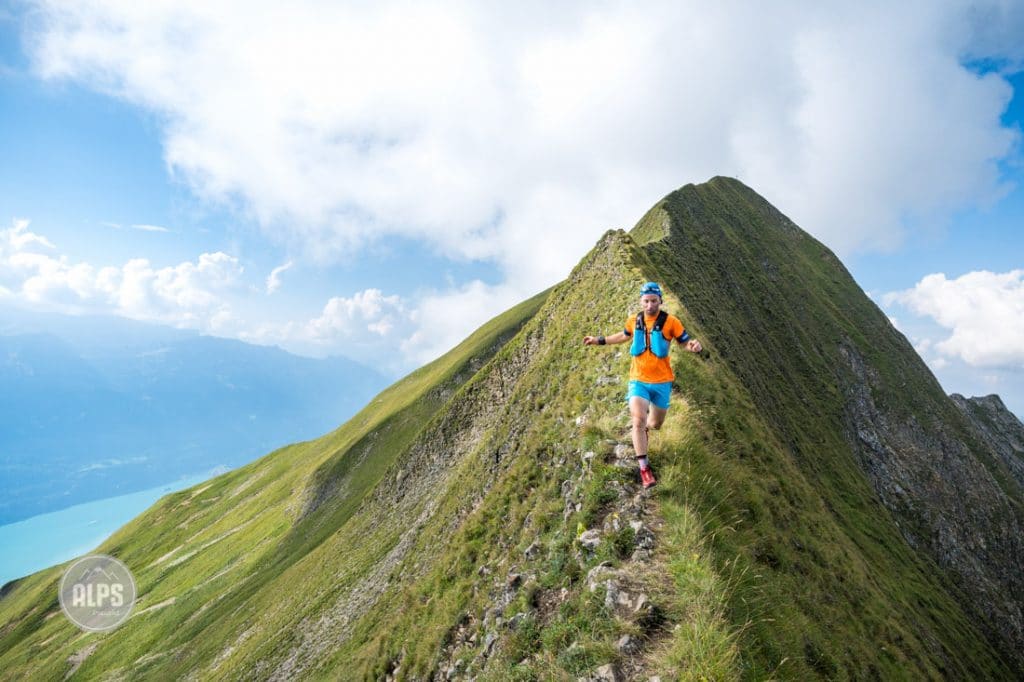 One of the narrower, more exposed sections comes on the east side of the Tannhorn. 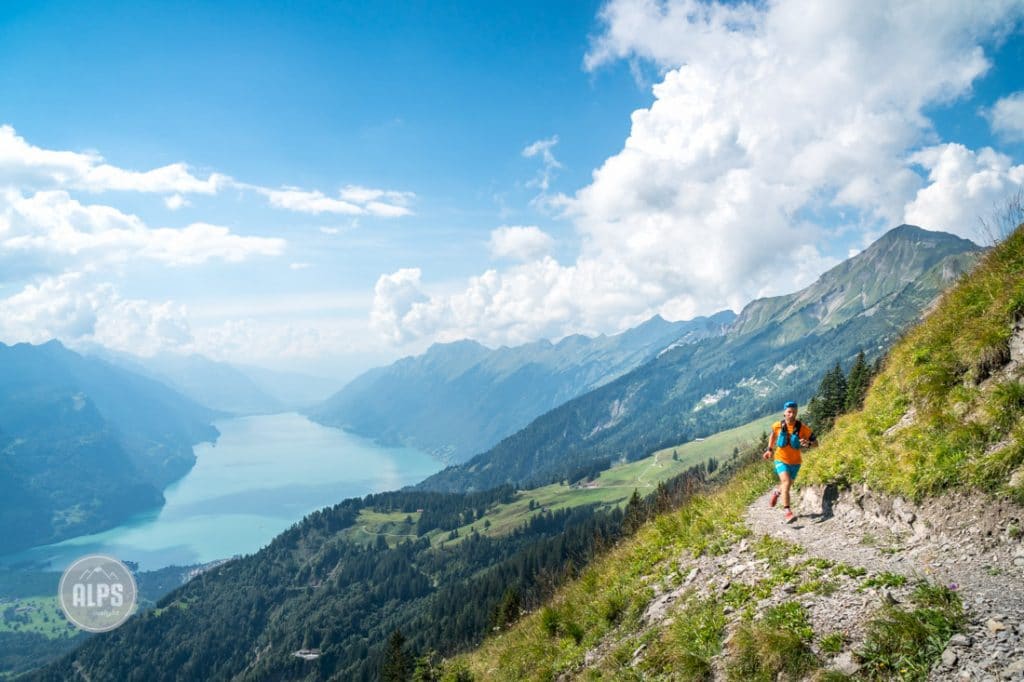 And finally, Brody in new terrain and what felt like an autobahn after the super exposed and technical trail along the ridge line. The Hardergrat itself is the entire ridge in the background, from the opposite side of the lake, far in the distance above Interlaken, to the peak above Brody. This is the extension to the Brunig Pass.