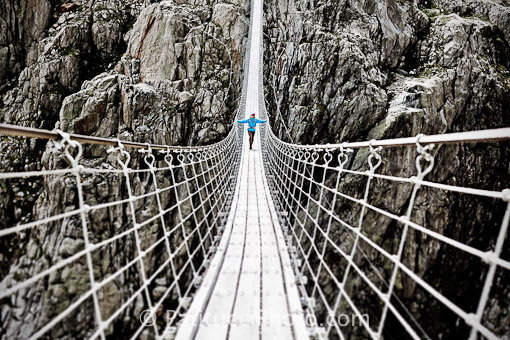 In a fairly remote part of Switzerland’s Wallis Alps last week, I caught myself knowing about a little water hole around a coming turn in the trail. Sure enough, moments later, there it was. The fact that I knew about it made me realize just how much time I have spent in this part of the world. In fact, since 2000, we have spent the vast majority of every spring, summer and fall in the European Alps. All this had me reflecting on our time working in the mountains and how we, as professional mountain sport photographers, have evolved in the last 10 years.

For us, here is a fun comparison of What Was vs. What Is. 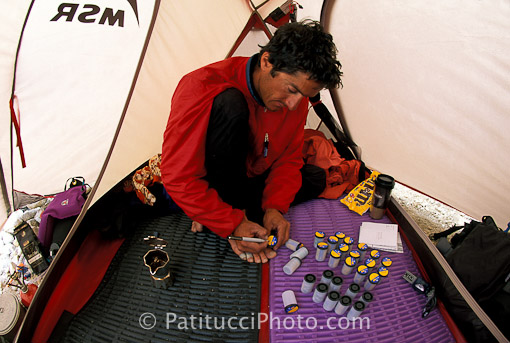 Film management has been replaced by file management

Then: Within every pack we carried was a drybag full of film cannisters. Velvia for saturated colors, Provia 100 for the go to film, Provia 400 for lower light, B&W for fun and a few Agfa 1000’s for grainy moods. Film was heavy, bulky and needed protection from moisture. Each roll needed its own care and details written with magic marker on the outside; push 1 stop? clip? shot at 160 instead of 50. If you don’t know these terms, you didn’t shoot film.

Now: A large drybag full of film has been replaced by a neat & tidy film card pocket. Where there was processing, now there is download, storage and backing up. We never really thought much about the fact that film had no backup, but now the thought of having digital files in just one spot is not an option, of course it needs to be backed up, in three places no less. Film took up space, digital takes up time.

Then: After shoots we would take all our film and head to the lab. There were always rolls needing special processing and so we would have them clipped, where a small piece of the film is processed separately. We would then return to the lab and make decisions about processing times. Once everything was determined all the film was run. 48 hours later it would be ready. With all our traveling, we decided to not have the slide film mounted, it took up too much room. Instead we had it sleeved which we would then edit and hand mount later. Today, this seems absolutely crazy. 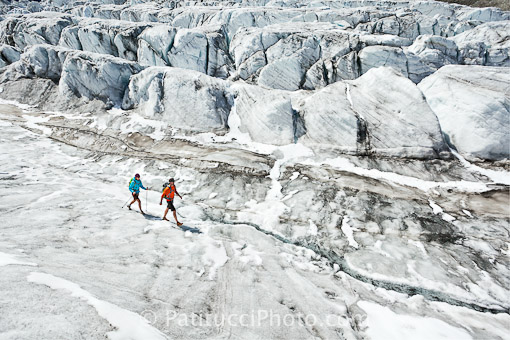 Regardless of what, how or where you shoot is to simply just be out – so you can shoot

Then: This got interesting while traveling in Europe. We had no scanner so the film was sent off for review. Those same images we didn’t have mounted at the lab all had to be hand mounted, packaged up and FedEx’d off to the client for review. No backup. If the needed image was elsewhere, we begged the client to wait.

Now: Clients visit and order from our online Stock Site. With iPhone App we deliver ready for print hi-res files with one click.

Then: Traveling in the Alps, it basically didn’t exist. Weeks might go by without the option of checking in.

Now: Traveling in the Alps, it basically exists everywhere, and if it doesn’t, wait an hour or two and you’ll be in range.

Then: We climbed alpine peaks, we hiked multi-day tours, we ran long distances – always making images of everything we did, whether it be for stock, commercial shoots or editorial assignments.

Then: Psych level was off the chart, everything was new and exciting.

Now: Happy to report that 10 years later the psych level is still off the chart but with vastly more experience to make it all even better..

Interested in following what we do as we do it?