Two weeks ago I had the pleasure of joining American John Harlin for three days, as an assignment for SwissInfo.ch, during his epic project to circumnavigate the entire Swiss Border under his own power. The route is a combination of John’s decision making and the advice of a specialist in cartography, with each day more or less plotted, where to sleep/bivvy, where to re-supply, even where to take a rest day. John is being tracked for live positioning and is posting video and photos along the way.

The entire project, including the interesting question, “Why?”, is : SwissInfo: John Harlin’s Border Stories 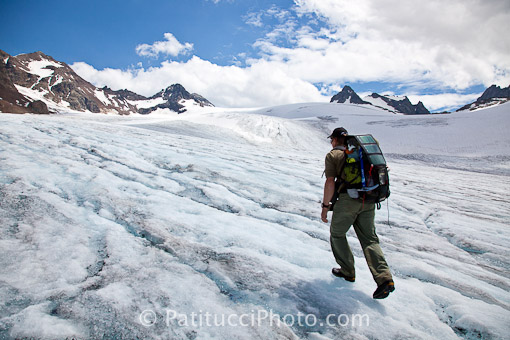 John on the Silvretta Glacier. A solar panels sits on his pack for charging mobile devices to keep in communication.

John Harlin and a much deserved ice cream

John started the project last summer but was injured climbing. He returned later in the year for some easier sections that allowed him to use bikes and waterways. With these sections finished, he knew he would return in 2011 for the bulk of the border, the entire southerly section through the Alps. Most efforts in the mountains are measured by thousands of meters gained, for John it is hundreds of thousands of meters gained; 220,000 vertical meters to be precise. And, being Switzerland, it is precise.

The goal of the project is to see and learn about Switzerland in a very unique way. This is a country with four official languages, a rich culture of people living in the mountains, incredibly rugged & complex terrain thanks to the Alps and Jura, and of course what may arguably be the most idyllic landscape in all the world. Yet it also has thriving agriculture and a dairy industry famous for the finest cheeses and chocolates. It is all this that John has set out to see, he just happens to be on the line that contains it all. 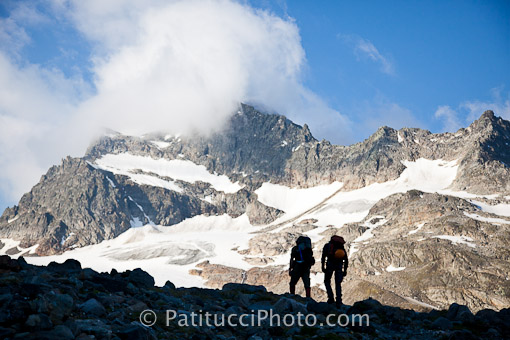 Headed for the Dreilanderspitze, up & down. For me, usually a commercial photographer, it is a joy to shoot a journalism story and react to things instead of setting them up.

There was some irony in my joining John in that just last year I became a citizen of Switzerland. I am in love with my new country and hungry to learn everything about it. So, to be assigned this documentary project by SwissInfo.ch, which for ten years has been our favorite news source, was a true honor. And then there was John… quite an amazing character and certainly a new great friend. There we were, two American born guys who love Switzerland, walking along the border, soaking it all in and enjoying every minute. John is still out there, I hope to re-connect again soon. 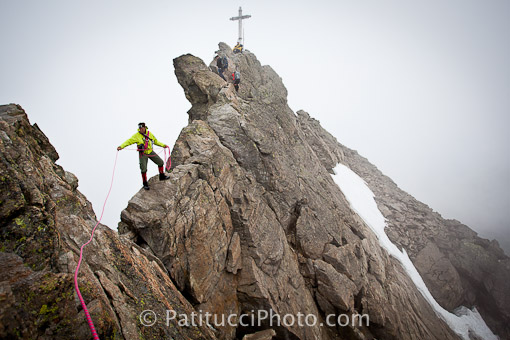 Arriving to the summit of the Dreilanderspitze separating Austria from Switzerland 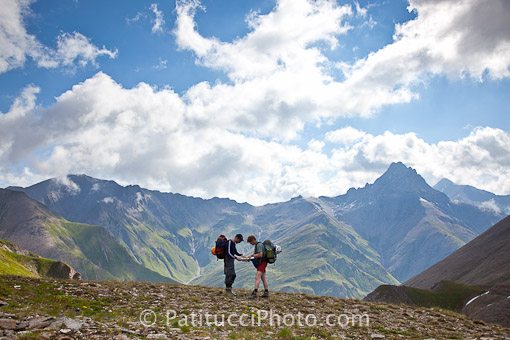 Lots of navigation checks are in order. The border typically follows ridges, but which one? 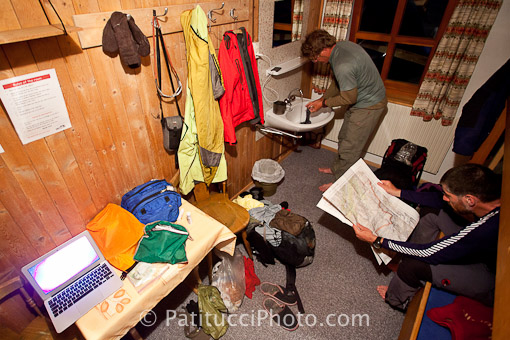 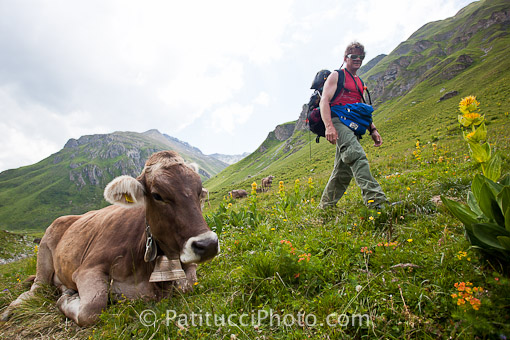 Meeting locals along the way 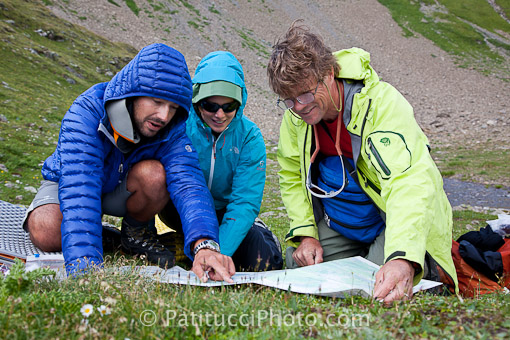 What are the odds? We met a Swiss couple walking the border of Switzerland’s largest canton, the Graubunden. Lots of stories and route info to share 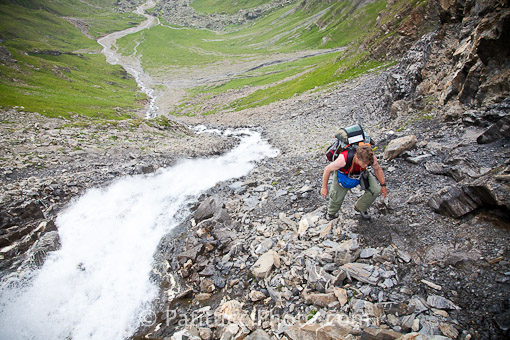 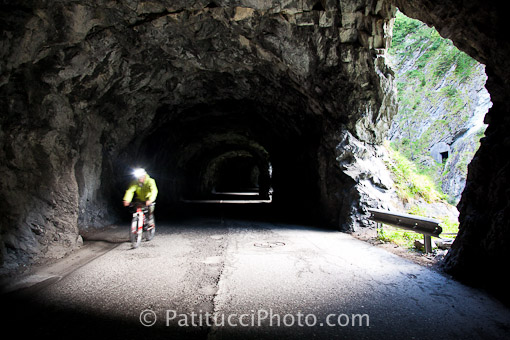 John happily took my bike for a long descent from Samnaun along the border to where he would begin walking again. 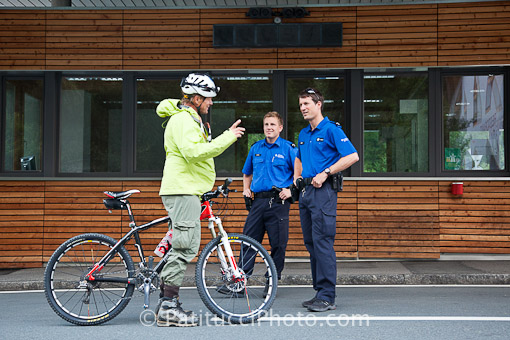