Earlier this summer we posted our story & photos about John Harlin’s Swiss Border project. It was a project we were very lucky to be a part of as we would have the pleasure of meeting John, spending some days with him as he walked the entire Swiss Border, and getting to visually document part of the process. After three very long & difficult days with John, I was left thinking that in order to complete this epic journey he would need a very strong will, endless endurance and bomber knees. Apparently, he has all these things as yesterday, September 12, at exactly noon, he summited Mont Dolent – this, after 104 days of being on the move . By doing so, he completed a very large circle that offered him countless geographic and weather challenges, but also an endless stream of memorable trailside human encounters and support via social media. 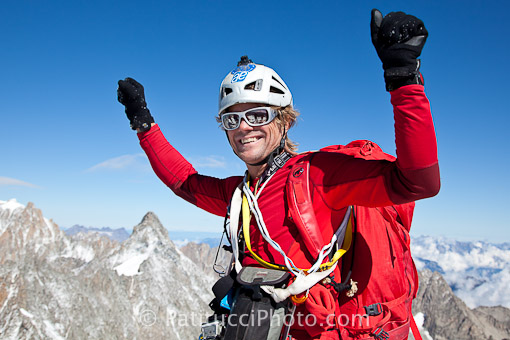 John Harlin arriving to the summit of Mont Dolent

We joined him as he first set out this summer, then again yesterday for his finish atop Mont Dolent, which serves as the border between France, Italy and Switzerland. Also in our group were supporters & partners from Swiss Tourism, some close friends, and his host SwissInfo.ch.

The day started off with the sound of heavy rain bombarding our bivouac on the Italian side of Mont Dolent. 5 am, rain, 6am, rain, 7 am, drizzle. With drizzle being a major improvement, and John determined to close the project, we all set out. 30 minutes later as we gained the glacier the first rays of sun were streaming through the clouds. Shortly after this we had bluebird conditions and a freshly frosted mountain all to ourselves.

A huge congratulations to John for completing his journey and lifelong dream. There are some great stories from along the way at SwissInfo Border Stories. Also, a follow up summary is soon to follow and can be watched for at the SwissBorder Facebook Page. His own write up of the final day is appropriately titled, Party Time.

A few images from a great day with a superb group of people. 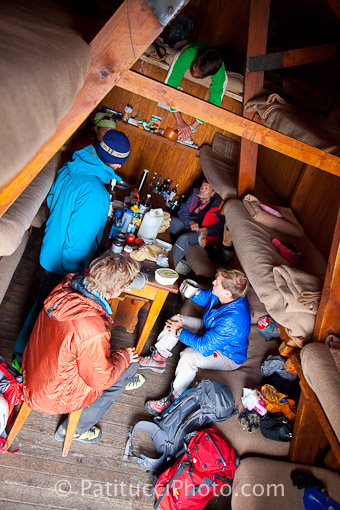 Inside the Bivouaco Fiorio. Too bad we had to carry all the schnapps & wine up, there just wasn’t enough. 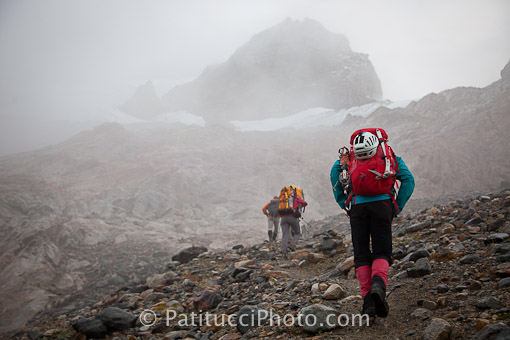 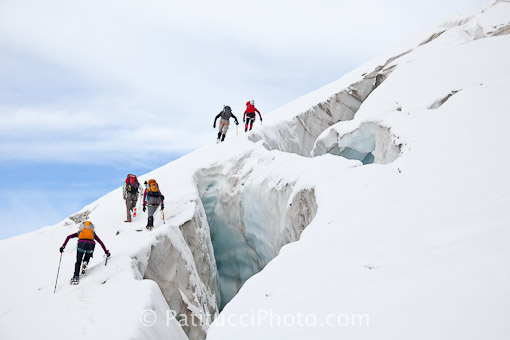 The crew negotiating a heavily crevassed glacier below Mont Dolent 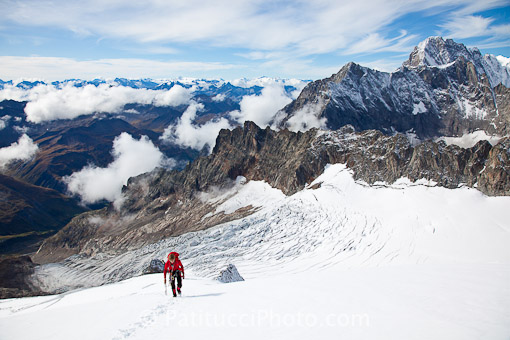 The skies cleared to a perfect last day. Here, John is on the upper glacier before the final rock ridge. 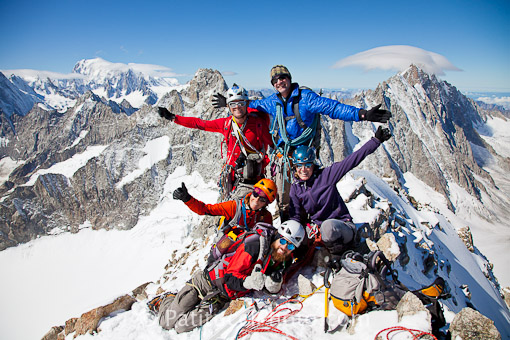 John Harlin and Friends on the summit of Mont Dolent. Congratulations John. 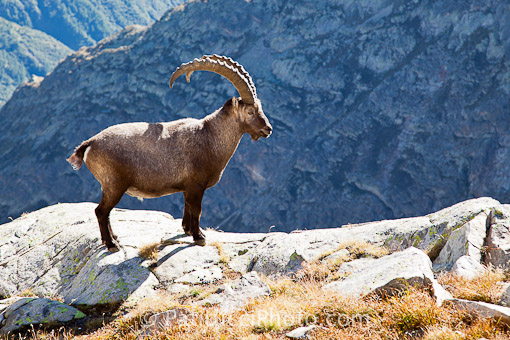 Even the Ibex were out in support. This big guy was on the doorstep of the bivouac when we returned. 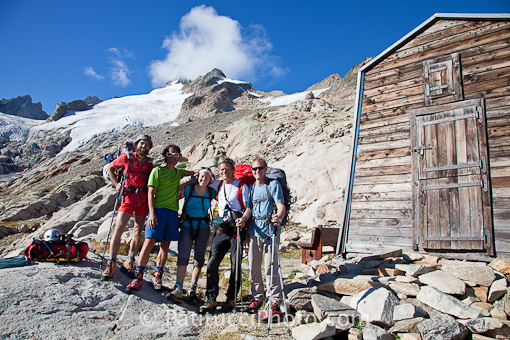 Everyone down and happy to the bivouac with Mont Dolent behind.

Black Diamond Pipe Dream Review
Know what you don't know: How to Improve your Mountain Skills
Why Hire a Guide?