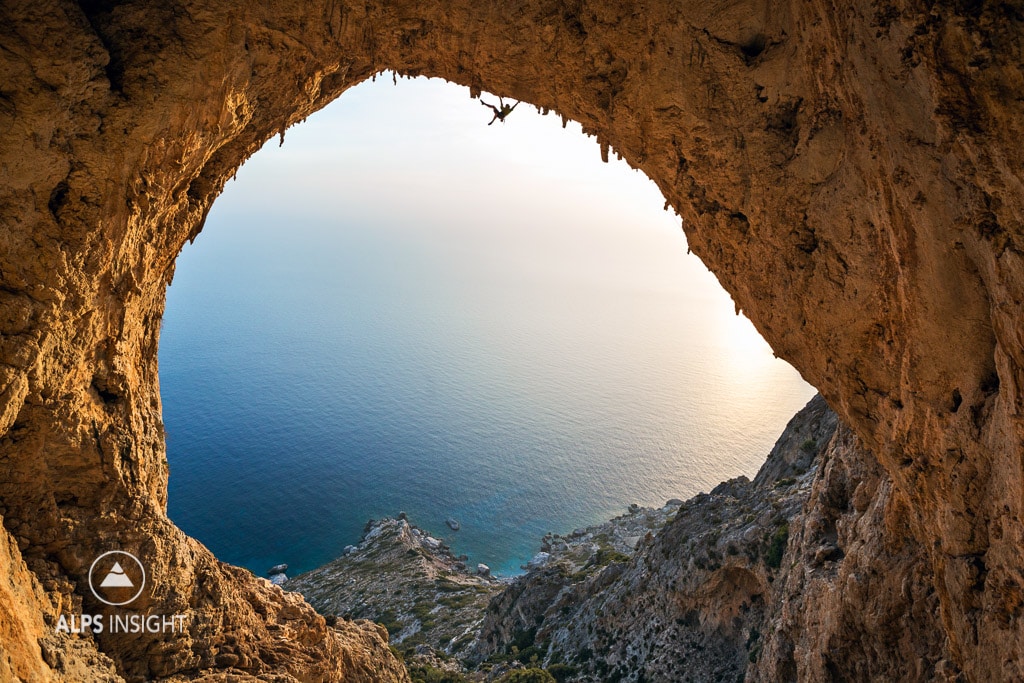 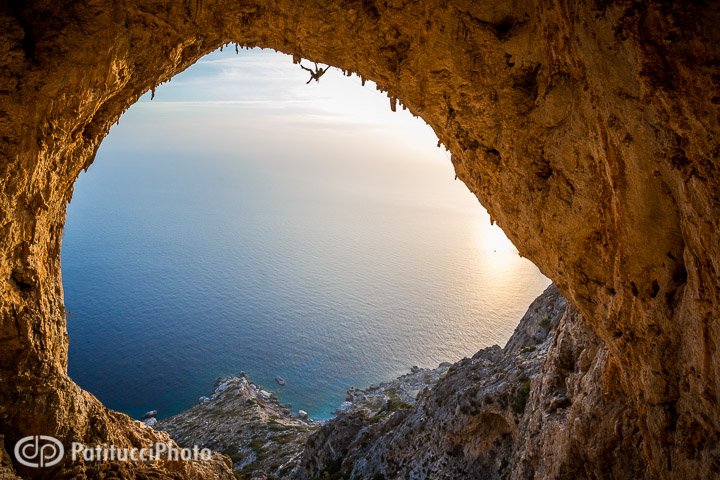 Kalymnos… What climber hasn’t heard of this limestone mecca in the middle of the Aegean Sea? It’s all been said, but here’s our version.

This was Janine and I’s third visit in the last few years. Simply put, we love it. The remarkable thing about Kalymnos is that the whole package is perfect. The climbing, island, food, prices, weather, and of course the Greeks themselves – the ideal hosts to the thousands of visiting climbers from all over the world. What other climbing destination has so many routes stacked on top of one another? With grades for everyone, side by side, 5c and 8a climbers can be equally entertained at the same walls.This year we noticed that, unlike previous years, Americans have discovered Kalymnos as well. It was great to both run into old friends and make new ones. Kalymnos always ends up being a big party.

For us, it was meant to be three weeks of holiday, and so it was, mostly. Our close friends Simon Duverney and Marjorie Juarez joined us, so some photo time was needed. How could we not when they can climb the islands most beautiful lines?

After so much climbing, three weeks later we’re feeling like we need a vacation from our vacation. The bodies are worn out. Hhmm, we hear Crete is nice. 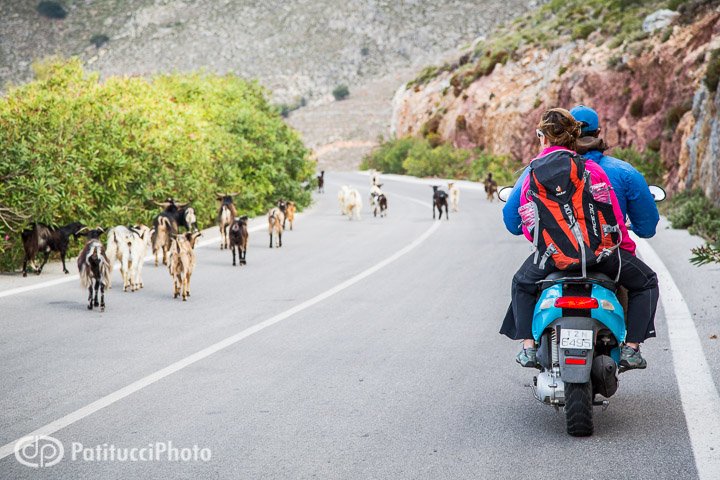 Light traffic on the morning commute 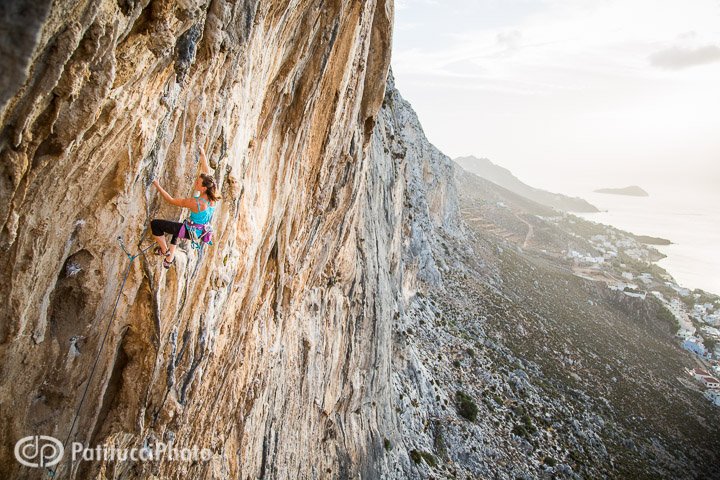 Marjorie climbing the Joggel & Toggel Extension on the Panorama Wall, 7b+ 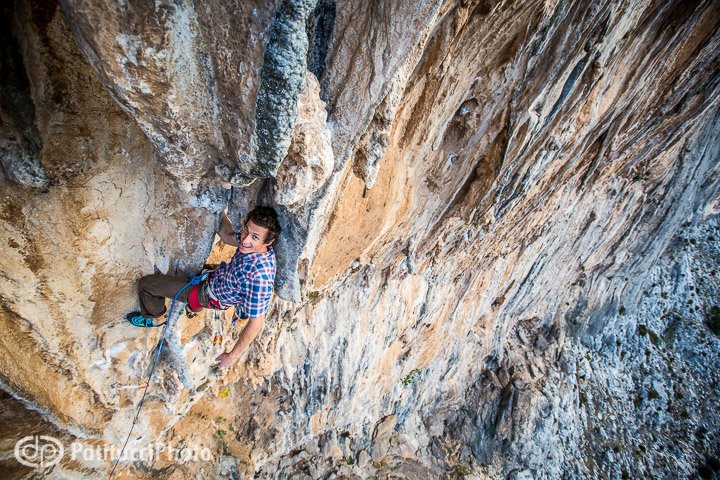 Simon settling in to a tufa backrest on Super Carpe Diem, 7b+ 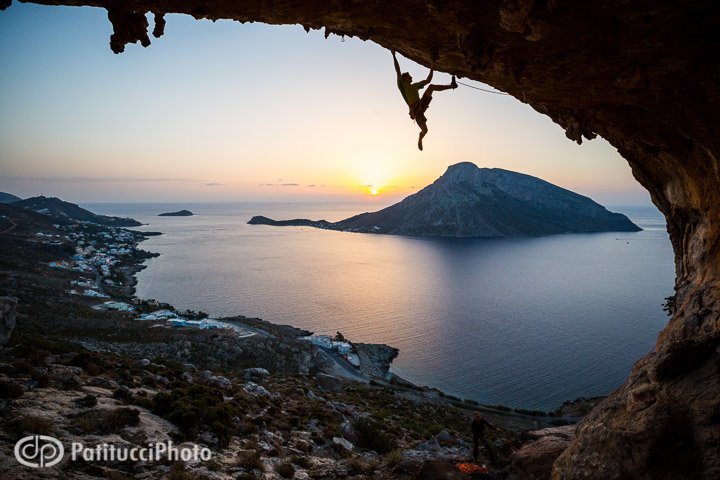 Simon on Dromos ton Meteoriton, 8b+. Key holds seem to have disappeared at the lip. Is it still possible? 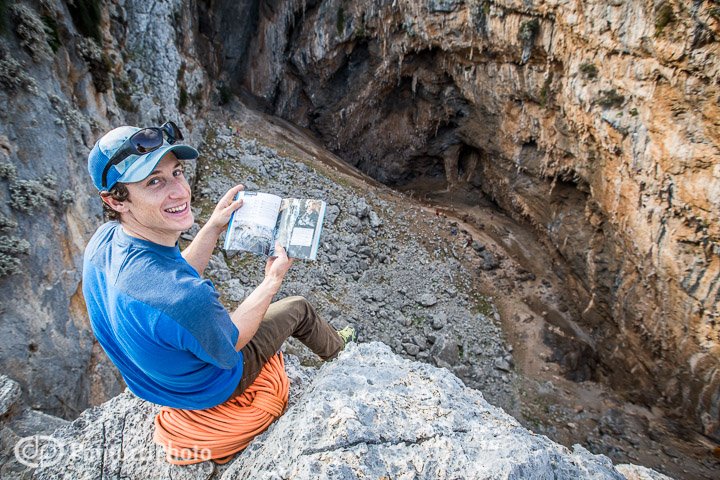 Simon sitting in awe of the Sikati Cave while checking the guidebook. The cave is actually a huge hole with a cave in the rear and routes up to 100 meters long. 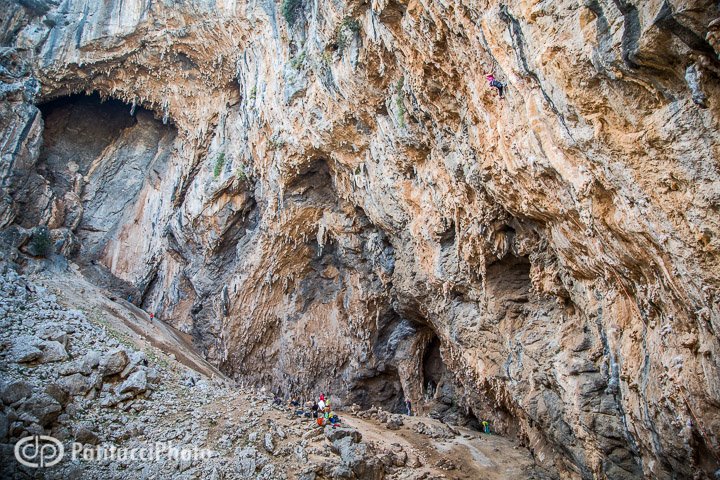 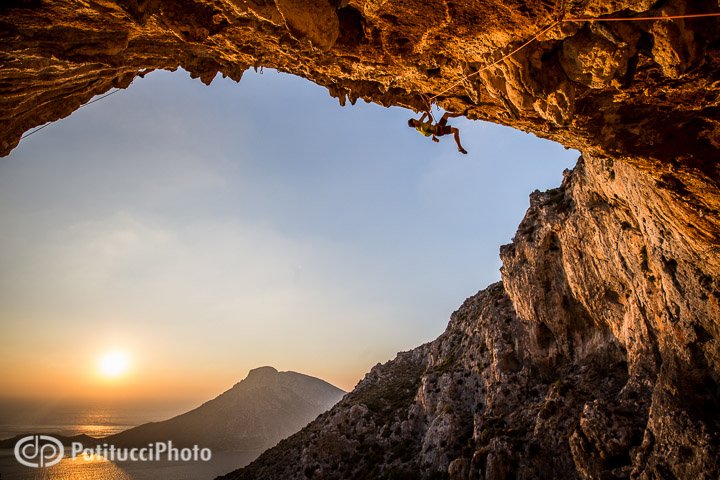 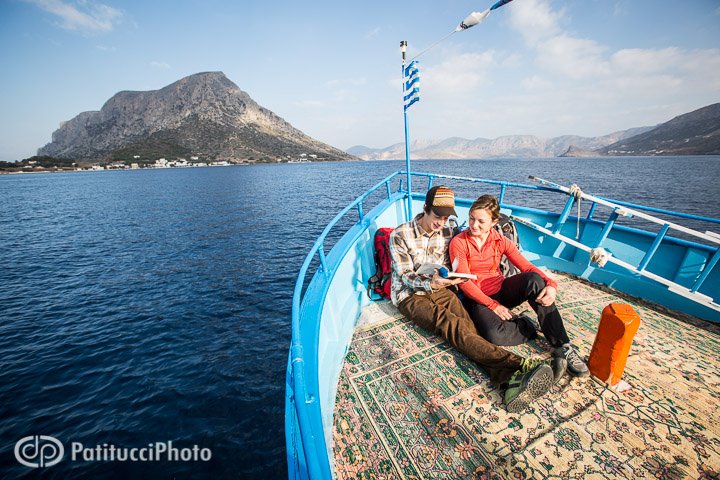 Headed for the island of Telendos on the 9am ferry.

Waiting for the return ferry to Kalymnos with the Telendos locals 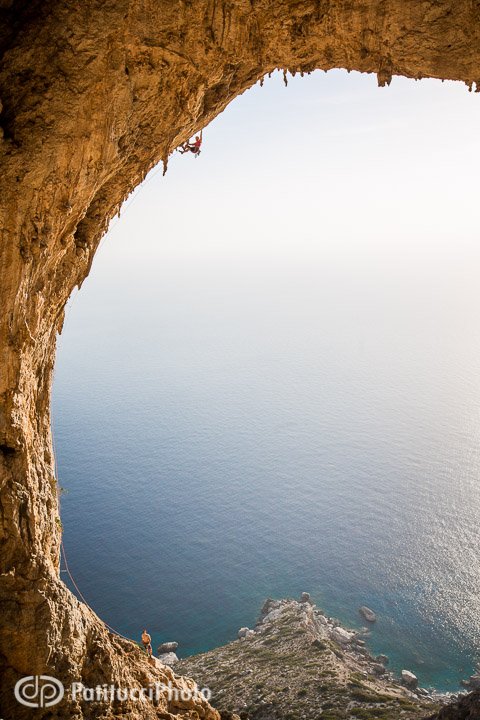 Marjorie on Typhoon, 7c+, in the wildy overhanging and massive Crystal Cave on the island of Telendos. Note the scale with Simon, belaying, below. This cave is one of the most impressive sport climbing walls I have ever seen. Routes are 50-60 meters long. 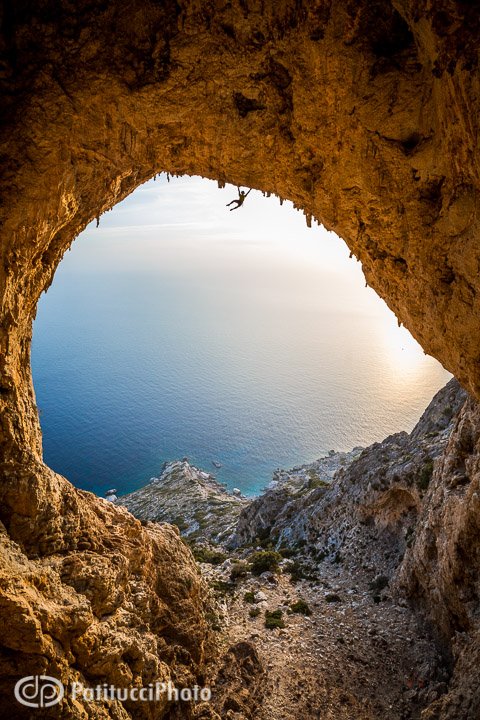 Simon on George’s, 8a+, Crystal Cave 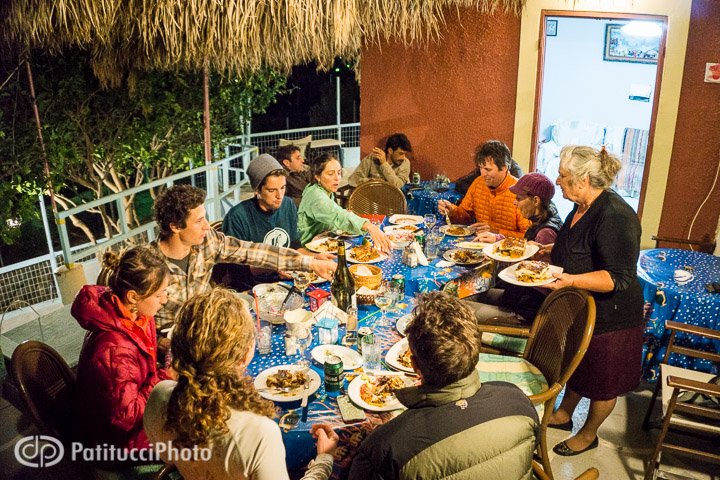 Traditional dinner with friends in Emporios 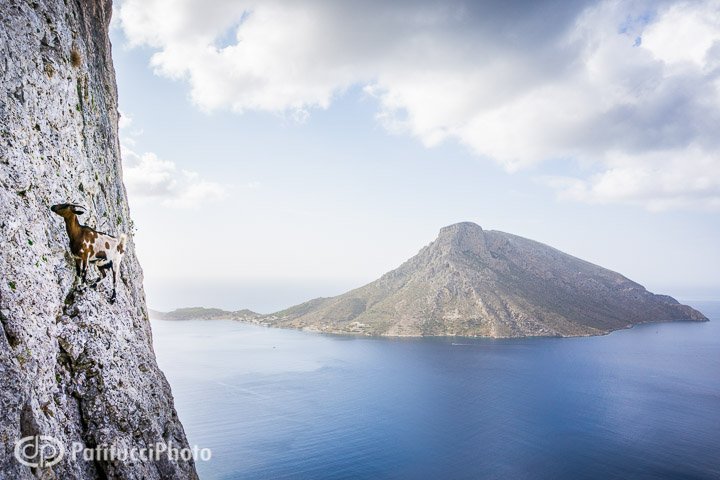 Our friend the goat on Tales of Greek Heroes, 6b+. One of the many classic photo routes that everyone wants to have their photo on.