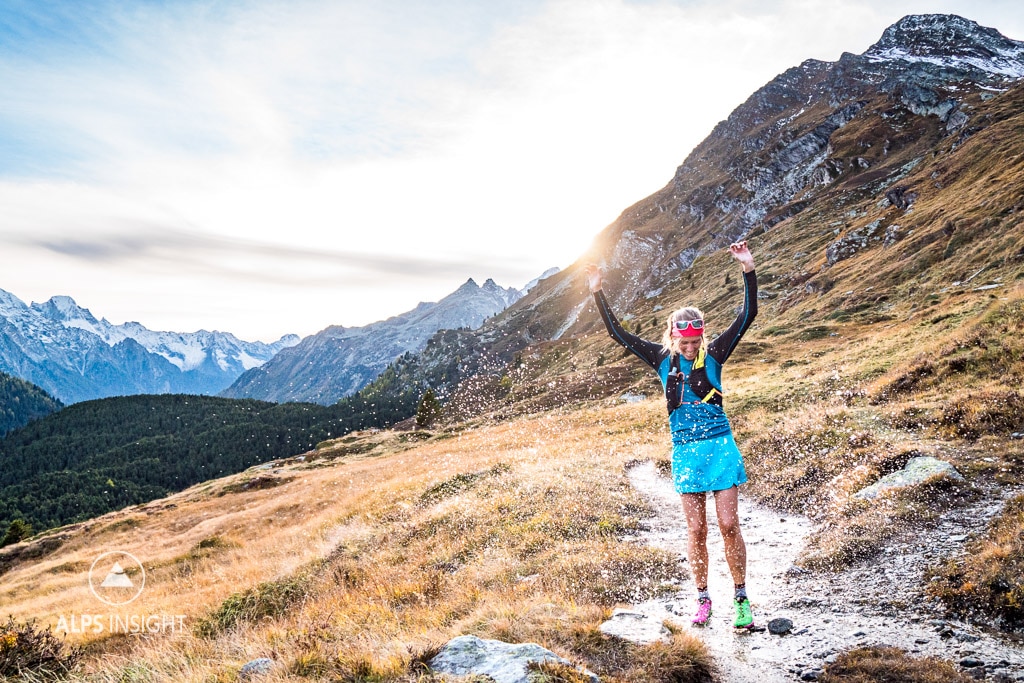 Producing our Run the Alps Switzerland book wasn’t always so fun. Sure, we got to spend a summer and fall running trails throughout the Swiss Alps, but all that went along with the running was complicated. The routes had to be designed, which was Janine’s job, and required an impossible amount of hours studying maps & photos, considering past experiences in different places, speaking with people, and trying to make them work for the widest range of abilities. Kim gathered as much info as she could about each location, filled a 64GB iPhone with photos of signposts, trail junctions, and memory reminders. Meanwhile, together with Janine and Kim, I ran huge amounts of kilometers and vertical, made thousands upon thousands of images, and edited it all down to a manageable volume for consideration. By the end of October, except for the final text delivery (more months of time), we were finished.

After that, we waited. Then one day in late April an overnight delivery arrived from our publisher, Helvetiq. It could only be one thing, and so we tore into the envelope and laid eyes on the result of countless hours. It was beautiful. 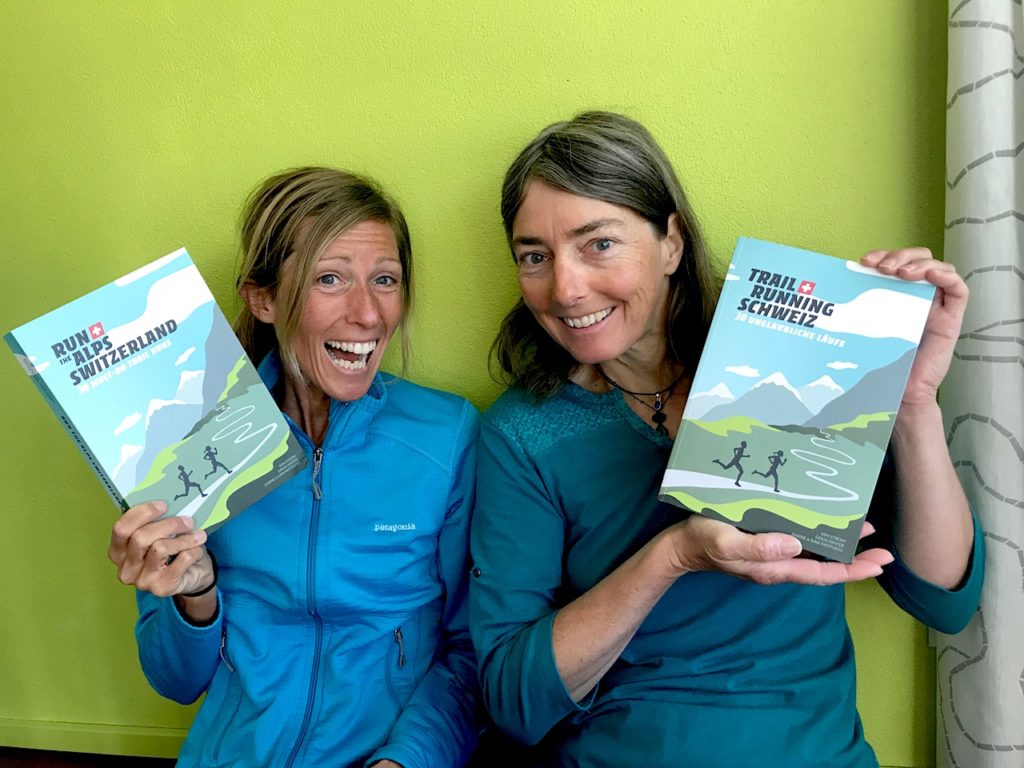 In that period of waiting, we had also built our own Elevation : The Alps Trail & Peak Running Resource and were anxiously awaiting the day we’d launch it to coincide with our book.

A lot was happening, and it was all good.

But during it all we wondered, “What are people going to think?”

Now, three months after the book started selling and the website launched, we’re starting to hear from people, and it’s making our day.

Last week, as Kim and I were closing up the car before heading out for an Elevation run in the Val de Bagnes, a lone runner approached and announced he recognized us, had just bought our book, and was there to run Lac de Louvie.

We’d made a difference! Someone had planned their day around all that we had done in 2017, and we weren’t just reading it as a comment, email, or direct message – we were seeing it live. And we were thrilled.

For the last several weeks, daily messages and social media tags have been growing. People are doing the runs, and they are loving the experiences. We see the #RuntheAlpsSwitzerland tags, the mentions, and all the other ways that people let us know that they are using our resources.

But nothing is so sweet as the private emails. Yesterday we received the ultimate reward in the form of a story about how two friends, full of doubt and concern, successfully ran up the Barrhorn and then fled to stay clear of a thunderstorm. In describing their experience, the words, “Oh I am having so much fun”, made us very proud.

Janine’s routes, Kim’s words, all our photos. The comments mean a lot to us, they show us that what we did means something to people. While we tried to give something, maybe motivation, inspiration, or actual information to go do a route we think is spectacular, hearing about your good days has given us something back. We’re proud to have had a place in your experience and humbled by the positive feedback. Thanks for making our day.

If you’ve done a run, we want to know how it went. Please leave a comment on the run you did at Elevation.