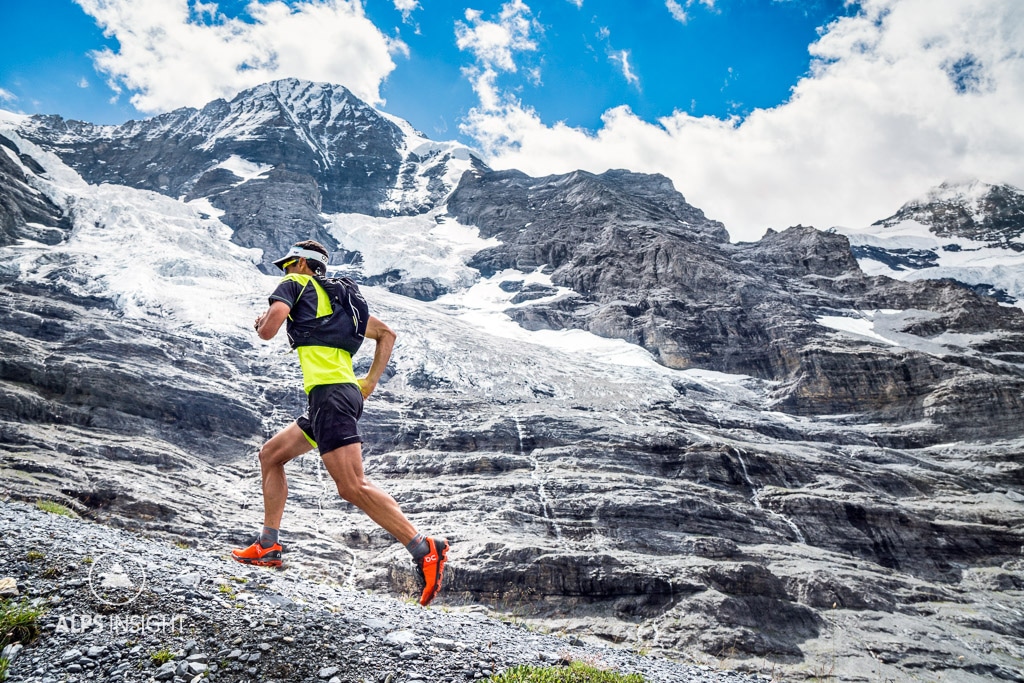 I debated a long time about doing this review. The thing that was holding me back was honesty.

Outdoor gear reviewers are rarely critical. Instead, they gush, primarily as thanks for free gear and the hope that more gear reviews, and gear, will come their way.

When gear companies ask me to review something, I tell them that if I don’t like it, I don’t review – but if I like it, I’ll post my praise.

This is a review full of both praise and harsh criticism. Honesty.

A few years back, Janine and I started seeing ads for On Running shoes with their innovative cloud system being strongly marketed. The ads were sexy, the shoes looked great, and in On’s own words – worked brilliantly. Their marketing convinced us enough to shell out about CHF400 for two pairs of running shoes.

A week later, with about 70km on them, I was contacting On Customer Service to inform them that a cloud had peeled off. Thankfully, a receipt and screenshot of my Strava shoe record was enough to get a warranty replacement. That second pair was better, but still died an early death compared to other running shoes. The clouds did not impress. But, I did enjoy running in them on both dirt roads and pavement, terrain far less aggressive for the little rubber bumpers they call clouds.

Fast forward to 2017 and our Run the Alps Switzerland book project. On offered me a pair of their high end Cloudventure Peak trail shoes, promising increased durability and performance. I did a little Googling for reviews and found that while many people liked them, there were questions regarding the durability on trails. I’d liked my first pair so figured why not give it a go.

Straight away, I put them to the test on ground they were being touted as solid performers for, trails! And once again, with 112km on my shiny red shoes, I had a cloud missing. Gone. I explained the situation to my contact and was provided yet another pair as replacement.

That pair, shockingly, made it to 18km, at which time I looked at the soles mid-run and discovered a lacerated cloud flapping open, sliced clean (see photo). Ironically, I was running on the Jungfrau Marathon trail that day, which is a clean, well worn trail. 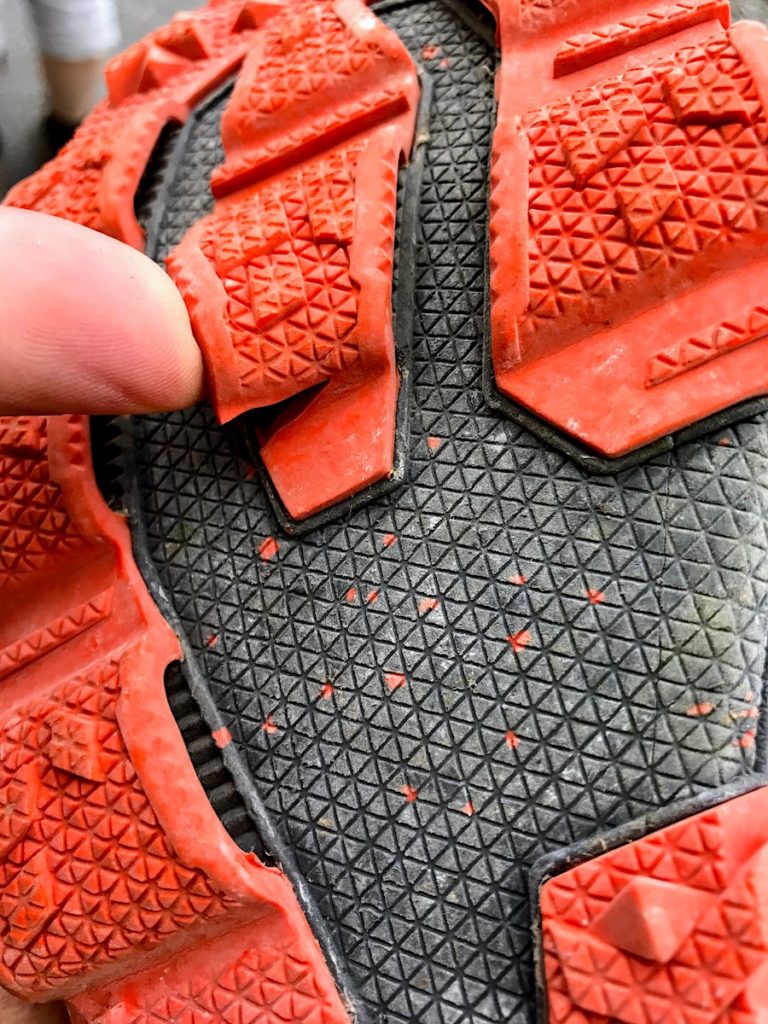 Brand new, out of the box, with 18km on them on a smooth trail.

This time, I didn’t bother asking for another pair, I just kept running in them, because the thing is, I love them. And that is as much the truth as my criticism.

The shoes make me feel fast and are an absolute joy to run in, and especially, to open it up in. Hands down, they are my go to shoe when I want to go for my best times on trails I know.

And while On says the clouds are super cushy, the cloud soles of the Cloudventure Peak are actually pretty firm. They have the ideal amount of absorption and cush. I’m happy that they aren’t too cushy.

And while I love them, there are more issues…

I’ve never slipped so much on wet rocks, wood, mud, grass, you name it – as in my On Cloudventure Peaks. I run very carefully in them when things are slick. They seemingly come greased. And, when you plow through wet mud, be prepared for a much heavier shoe until that mud clears out of the clouds.

I consider myself a real trail runner, and for the things I encounter trail running, On’s Cloudventure Peak do not meet the requirements of a shoe I can rely on. But like I said, I love them for running.

For all that, I now use them for certain trails. The run needs to be non-technical, smooth(ish), and more dirt than rock & root. And again, when I use them, I love the fit, stability, just the right amount of cushion, and precision.

Sounds like a race shoe, right? And that’s exactly how On promotes them. A trail running race shoe.

So if you’re into spending CHF250 on a pair of trail shoes that you’ll love but be in fear of destroying at any moment, this is the shoe for you!

There you have it, for what it’s worth – the truth about my experience with On Running shoes.

I’m hoping this is a challenge to the team there, I’d love to see this shoe become durable. From what I see online, I’m not the only one.