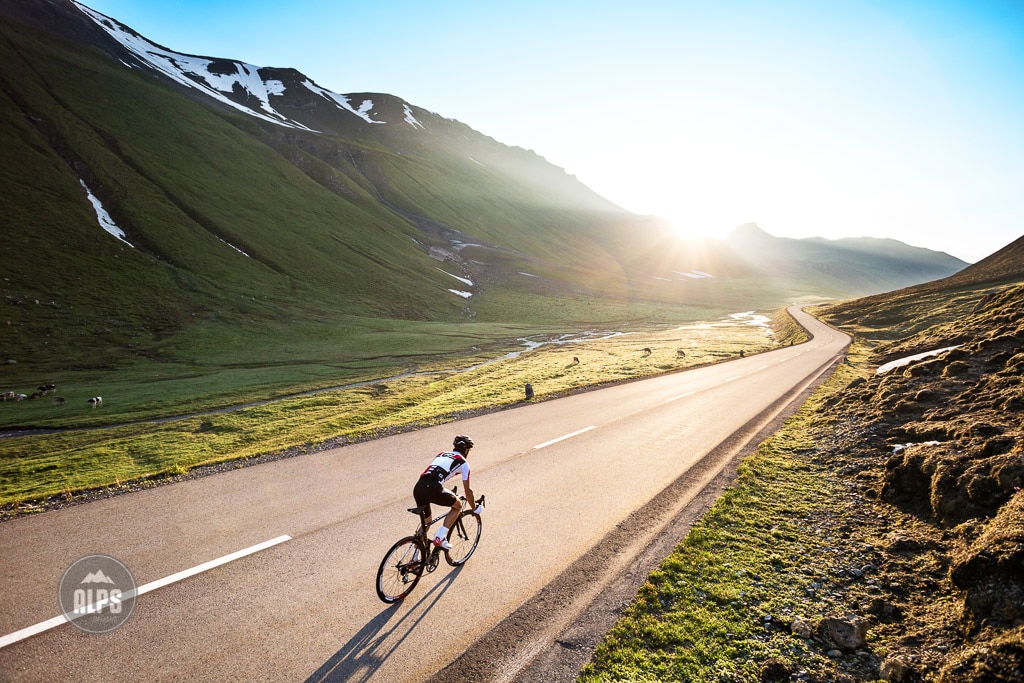 In many ways, Switzerland is the land of perfection. Streets are clean. Trains are on time. Government services work. For cyclists, the Swiss perfection is embodied by the incredibly smooth asphalt of the roads, unparalleled in other countries. Or the unreal beauty of the mountains, where glaciers, lakes, cows and villages seem to have been perfectly positioned by the invisible hand of a landscaper struck by acute obsessive-compulsive disorder.

That must explain my quest for the perfect tour of Switzerland. The ride with the best possible roads, that includes all the most beautiful climbs in the country, where no time is lost in boring transitions. “Perfection is achieved, not when there is nothing more to add, but when there is nothing left to take away” said French aviation pioneer and writer Antoine de Saint-Exupéry.

When I was 16, I took part in the Tour de Suisse des Jeunes, a week-long ride across Switzerland for young cyclists aged 12 to 20. This event was organized for many years by a group of volunteers from local cycling clubs; it developed the skills of a whole generation of riders, including 1996 Olympic road champion Pascal Richard and several other future pros. It was the first time I rode major passes such as the Nufenen (2,478m). It marked the start of a passion for climbing big mountains that is still consuming me, almost 30 years later. I rode several editions of the event; they took me to every part of Switzerland, from the Jura to Graubünden via the Valais and Ticino. After that, elite racing and life kept me away from touring for many years but the seed was planted. I knew my country was a cycling paradise.

Fast forward to 2012, when Dan came up with the Swiss CrissCross. His pitch was something like: « Dude, let’s do a double crossing of Switzerland; first on road bikes, then back on mountain bikes. You in? » The answer was yes. I spent nights crafting the road part, trying to figure out the most spectacular way of riding across the country, linking all the big passes. It had to fit in 5 days, so we were forced to make tough choices. We would not ride the Grimsel, the Klausen or the Furka. But the route we plotted would take us over all the other major passes on bike friendly itineraries, thanks to the amazing Swiss road network.

With the support of Switzerland Tourism as well as several brands and publications, we set off on the 14th of July 2012 just over the French border in Chamonix. In 5 days, we rode nearly 700km and more than 16,000 meters of vertical gain. We climbed 13 passes: Col des Montets (France), Col de la Forclaz, Col de la Croix, Col du Pillon, Saanenmöser, Grosse Scheidegg, Susten, Gotthard, Lukmanier, Albula, Ofen, Stelvio (Italy) and Umbrail, to finish in Santa Maria Val Müstair. We stayed in stellar hotels and tasted many local specialties: rösti, älplermagronen, tuorta da nusch… the harder to pronounce, the tastier.

The trip was quite the adventure. The Grosse Scheidegg blew my mind, with its small road winding under huge rock faces. We got snow on the descent of the Susten. We had infinite delicious espressos in Ticino, the Italian speaking part of Switzerland. Dan’s wife, Janine, was driving the support car and taking photos. It was almost perfect. Except that we chose to ride the Gotthard from Andermatt, which took us down the cobbled south side. This made for a bone-rattling descent, making it difficult to enjoy the incredible set of switchbacks that is the trademark of this unique stretch of road. But this major flaw only fed my obsession to design the perfect tour.

As for the mountain bike part, well… suffice to say, we’re not mountain bikers. We crashed, we walked up and down, we got lost…. But Dan and Janine took brilliant pictures. On some shots, even I look like I can ride a mountain bike. These guys are talented!

In 2015, I designed the Switzerland Explorer for a cycling holiday company. I tweaked the Swiss CrissCross and set the start point in Meiringen, at the bottom of the Grosse Scheidegg. The tour finishes on the beautiful Walensee after climbing the Albula and the Flüela.

Is this the perfect tour? Let me know what you think by leaving a comment below. But something tells me it is not quite there. Actually, I already have another variation in mind. More perfect.

By Alain Rumpf (aka A Swiss With A Pulse)

All Photos ©PatitucciPhoto and A Swiss With A Pulse

Solo bikepacking across the Alps
Why do you ride?
Growing up