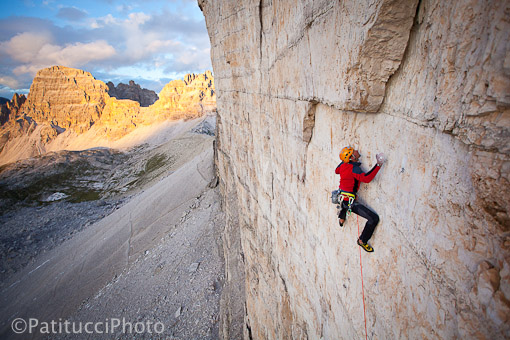 My connection to the climbing world is strong and influential to where I am today.

In the fall of 1987 I went climbing for the first time, by winter I was obsessed. A short time later I picked up a camera to begin photographing this image rich sport, then in 1998 I became a fulltime, professional photographer shooting primarily climbing. As the years progressed I became a “We” and we (with Janine) moved into different outdoor subject matter, typically the same subjects we were most interested in at the time. But climbing has always remained close, and so it is a treat to take on a job that allows me to return to my roots.

A good friend here in the Italian Dolomites is professional climber and UIAGM Mountain Guide Kurt Astner. In recent years, Kurt has been busy freeing old aid lines as well as putting up some routes of his own on the dizzying steep walls of the Tre Cime di Lavaredo’s Cima Ovest and Cima Grande. During the summer of 2010 he established an all new route, Pressknödel (7c), with fellow UIAGM Mountain Guide and professional climber Christoph Hainz. In addition to this route, he repeated a former aid line recently freed by a Czech team, now Super Erectissima, 8a+.

Kurt asked me to join him on the two routes so we could make some images, but poor August weather continually delayed the work. We even managed to get up on the routes in preparation for the photo work only to have thick cloud cover, rain and ice force us down. Finally in late August, the high class climbing magazine Vertical became involved, renewing our motivation with a deadline for a story on Kurt.

On September 4 we were able to photograph both routes. Yet still some rain came down, we were pelted by ice and the clouds tortured us at sunset. Together with Stephan Steinkeller we managed a long and productive day, climbing the first part of the Cassin Route before traversing into Pressknödel to rig and get me in place. After these photos, we rappelled the route and ran for Super Erectissima. The sun was sinking into big black clouds sitting on the horizon. Kurt climbed the lower pitches, fixed a rope, and I quickly jumared the overhanging face. Literally in the final moments of daylight, we made the last images.

If you have ever wondered what it’s like to be a climbing photographer, and especially to work in a vertical, or in this case overhanging world, here is my perspective from this photoshoot. Note the exposure in positioning, the timing of images to the body position and how still I must remain so as not to swing around. First you’ll see Kurt climbing, then the logistics of moving about on a steep wall. Making climbing images requires a massive amount of work and comfort in this world, it helps to be a real climber, and it especially helps to have a great climber to work with. 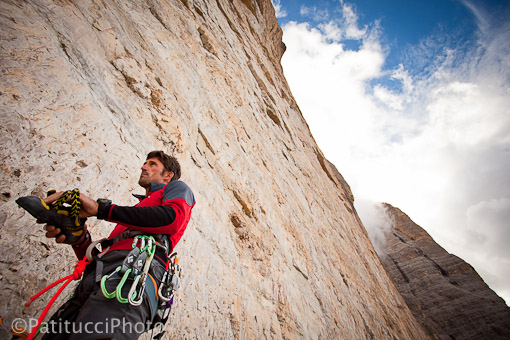 Kurt Astner at the base of the Cima Grande 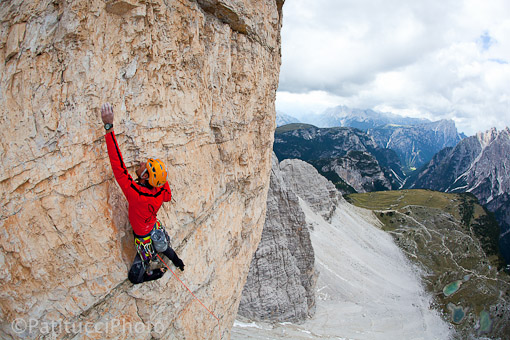 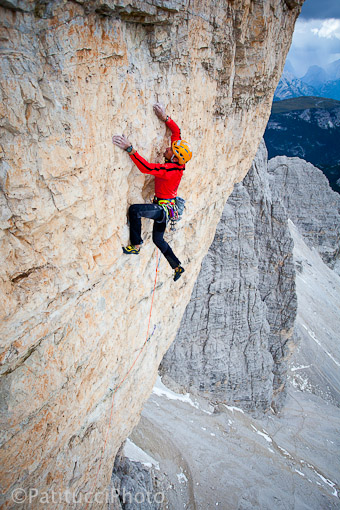 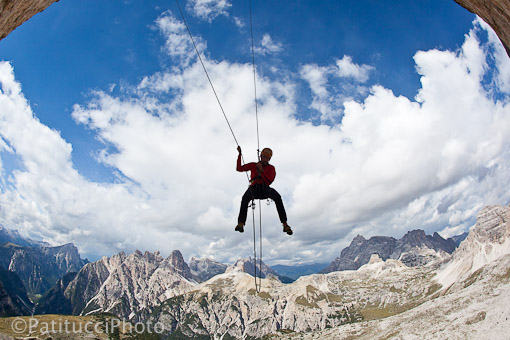 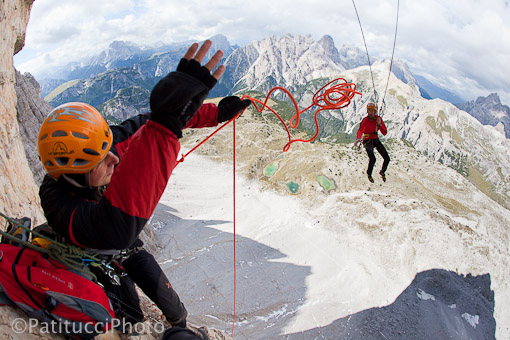 Stephan lassoing Kurt to reel him into the wall 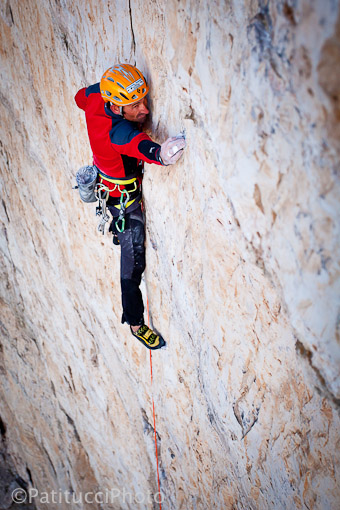 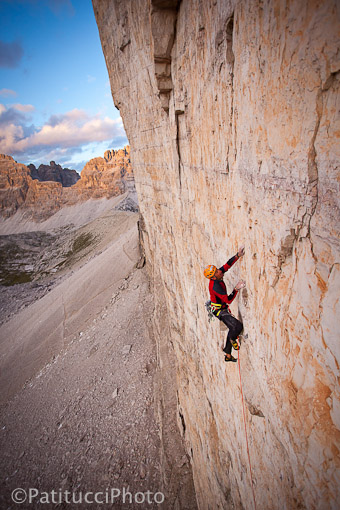 For the whole story of free climbing at the Dolomite’s Tre Cime di Lavaredo by Kurt Astner, watch for Vertical Magazine’s full feature in an upcoming issue.