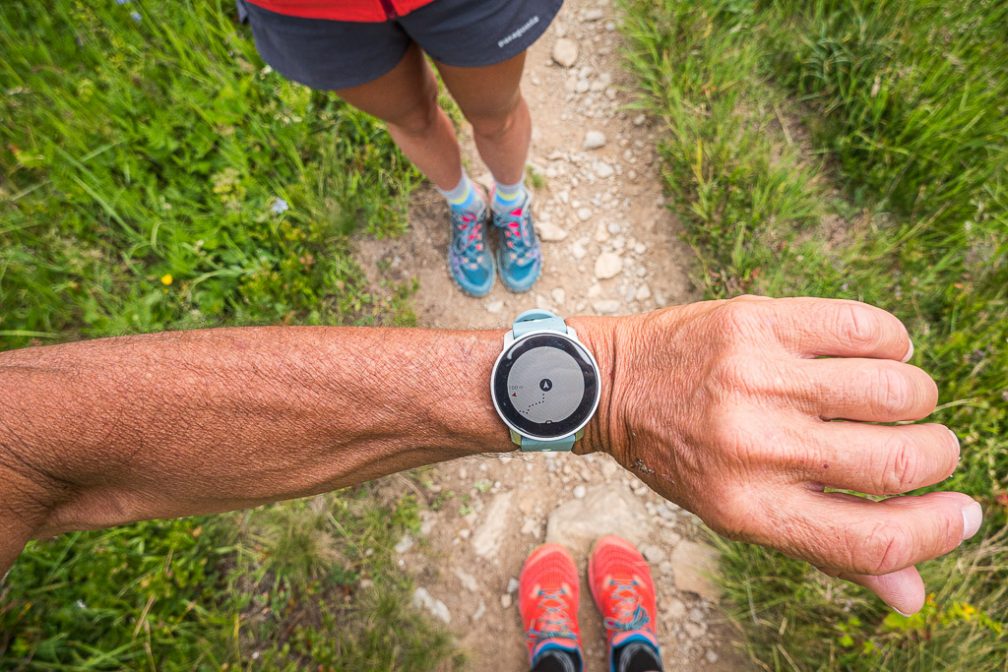 I’ve been clicking “start” on Suunto watches everyday for about 23 years. What started as a simple watch, stopwatch, altimeter, and barometer has evolved into something so much more. These days, my primary needs from a watch are:

The Suunto 9 has been my go to watch since they came out. I record about 1000 hours of activity every year, primarily trail running, cycling, and mountaineering. I know my way around the watch and have had great luck with them.

When the Suunto 9 Peak came out, with increased battery life in an even slimmer casing, I was on it. Finally, a watch that would not snag on or bulge out of sleeves.

Now, because we work with Suunto for occasional projects, they generously provided me with their smart watch, the Suunto 7. I was excited with some new tech and curious to compare the two in a review.

Let’s do this conversational style, I’ll just tell my story. If you’re after a “How To” or detailed list of all the many features, there are plenty of other sites that provide that info. And of course, Suunto – they do a great job with their manuals.

As soon as the superlight watch fired up I knew I was in for a steep learning curve. Even after all my years of using Suunto, I had no idea how anything worked, nor did it feel intuitive. The first thing I had to figure out, to avoid insanity, was how to keep the screen on so it wouldn’t continually turn off with the movement of my wrist. Remember this if you get one!

Shockingly, I sought out a manual. The first thing you’ll need to do is get Google Wear OS, which is where you’ll manage many of the watch settings. That, combined with the Suunto App allows you to fully customize the watch. Additionally, there are many apps for more functionality available on the Google Play store – yep, you’ll be shopping apps for your watch.

As I dug in, it was strange to see things like a full color screen and Spotify on my watch. Once I started understanding the 7, I decided to go all in and turn on every feature to test how well it worked.

While simply sitting at home and playing with how to use the watch, what would become the main issue with the watch became clear. The battery was dropping fast. More on that later.

In preparing for my first run with the 7 I had one objective: get some podcasts on the watch and leave the phone behind. I LOVED this. I seamlessly paired my headphones and off I went with The Enormocast along for company.

While running, the tilt to wake feature took some getting used to. Most of the time it works, but occasionally not. I found myself glancing down at a black screen. It’s a feature to conserve battery life but after some days of use I went one step further and turned off the screen while running, which then requires a button push to turn it on for viewing.

As I used the watch running, it became much like any other Suunto watch, but with a very different interface. Remember, it’s a touch screen smart watch. The pulldown menu from the top of the screen has some key controls.

I had also activated Google Pay on the watch and again, living in Europe, this was a nice feature for hut stops. Then again, if I need to stop at a hut for a snack I am probably on a longer run and have my phone. Regardless, Google Pay works well and is convenient.

The ability to read, and if necessary, quickly respond to notifications without pulling my phone out of my pack with a tiny keyboard, that actually works. This allows for quick responses, or uses a list of smart replies. Of course being connected to your phone’s internet also means you can use voice via Google Assistant if that’s your set up. I appreciated the ability to manage the media and messaging a bit more and so I found myself leaving the phone in my pack instead of having it in my vest’s shoulder strap pouch. Point for the Suunto 7.

Full color topo maps are also available on the watch and this feature came in handy while running on new trails in Switzerland where a lot of trails intersect. I was able to leave the phone in the pack and refer only to the watch. For any major navigation, the phone is still more useful thanks to screen size, but the watch did the trick.

The Suunto 9 Peak and Suunto 7 both replaced an older Suunto 9 on which I had long ago turned off the wrist measurement heart rate monitor (HRM) that was far from accurate. I found the 7’s to be much better. It still goes wonky at times while running, but it’s actually very good when inactive and recovering. My HRM activity graphs reveal numbers that provide me a good understanding of my workload. Even with the occasional random loss of accuracy, the overall numbers are close to what I saw wearing chest strap HRMs for 15 years.

Another new feature I tried was the sleep tracking. I actually wore the watch to bed (don’t forget to turn off the screen before bed) and let it do its thing. Honestly, I had no idea what that was, but then, boom, in the morning I had data. I found it to be accurate and interesting. I don’t know when I sleep lightly or deeply or go into REM, but apparently the watch does. I trusted the data even more when it revealed how much I was awake at night. Which I was, thanks to my cat parking herself on my head. Ultimately, it provides a graph of how much you sleep each night and what sort of recovery you are gaining from the type of sleep you get. What you learn may well have you taking more naps. Another point for the Suunto 7.

After a few weeks of use, things are working well. But, one major issue remains. The battery. I found myself continually managing the battery and popping it on the charger before I’d leave the house.

The standard routine: rise and shine, go about the morning routine, gear up, watch on and… see that it’s at 50% since the night before. Pause. Thankfully the watch charges extraordinarily fast so I’d almost always give it a few minutes. Or, I’d proceed out and if needed, take advantage of the feature that allows you to change the Power Saving controls while recording.

After experiencing all of this, I gave the watch and its user group some thought and realized, I am not that guy. Even with the justified naps.

I use a Suunto watch way too much, need a bomber, long lasting battery and above all, I need simplicity in managing the key features I use. I’m really not a techy dude, I go to the mountains to go to the mountains. My phone is set up to do what I need and I pretty much always have it along.

That said, for people not pushing time and limits, this would be a super convenient watch.

I see city people loving this, or newer runners and cyclists, and especially younger athletes not yet accustomed to Suunto’s longtime button control system.

Finally, this watch is feature rich and I am only scratching the surface of what it can do. It’s loaded with many useful things that you may or may not need. The extent of what is possible is huge – remember, the watch works with your phone and its connection allowing for some all new options – like map details and accuracy. To really learn about all the features as compared to the Suunto 9, head over to Suunto and click on Compare for both of these watches and you’ll have a side by side feature list.

Now we’re talking! My first thought unpacking this little gem was just that, it’s so little! After years of bulky GPS watches hanging like a Swiss cowbell on my small wrist, there is finally a sleek, even sexy, new option.

Besides the tiny housing, Suunto has re-engineered the buttons and the click that comes with them feels like a precision tool. It’s funny how satisfying a little click can be. They’ve also updated the watch bands with a new system to prevent the need for keeper loops. Now the watch band just clips closed to your size.

If you’ve used previous versions of the 9, set up and use will be familiar.

Good to their word, the battery goes and goes. Suunto claims 25 hours with GPS on “Best.” I have also noticed that my tracks overlay directly on the trails, this is an improvement from near the trail. In tour mode, the watch gets a staggering 170 hours of tracking time. I’ve never tested this for GPS accuracy.

Compared to the Suunto 7, I do suspect slightly less accurate HRM numbers, but much better than my older 9.

There’s not a lot to be said, this is a well designed and crafted tool for real mountain sport athletes. If you’ve used Suunto before, the 9 Peak simply has all the features you know in a much smaller and tougher body.

The Suunto App now allows for multiple watches to connect to the App, with individual settings and customization saved. This is what allowed me to go back and forth with two watches. The only deal is you have to specify which watch is connected, which is as simple as selecting the watch in the list of available watches. The App will disconnect the current and reconnect the selected watch.

In the last few years, Suunto has done a great job of saving what started as a pretty messy platform. The previous version, Movescount, was both a phone app and browser based with little useful functionality. Now, the Suunto App is phone only and offers a huge amount of info for your records: training data, useful maps and routes, and a fun personal heatmap of your own activities seen on a global map. This is only a small sample of what’s available.

If you’re a Suunto user, you owe yourself some time digging into the new app, it’s rich in features and data analysis.