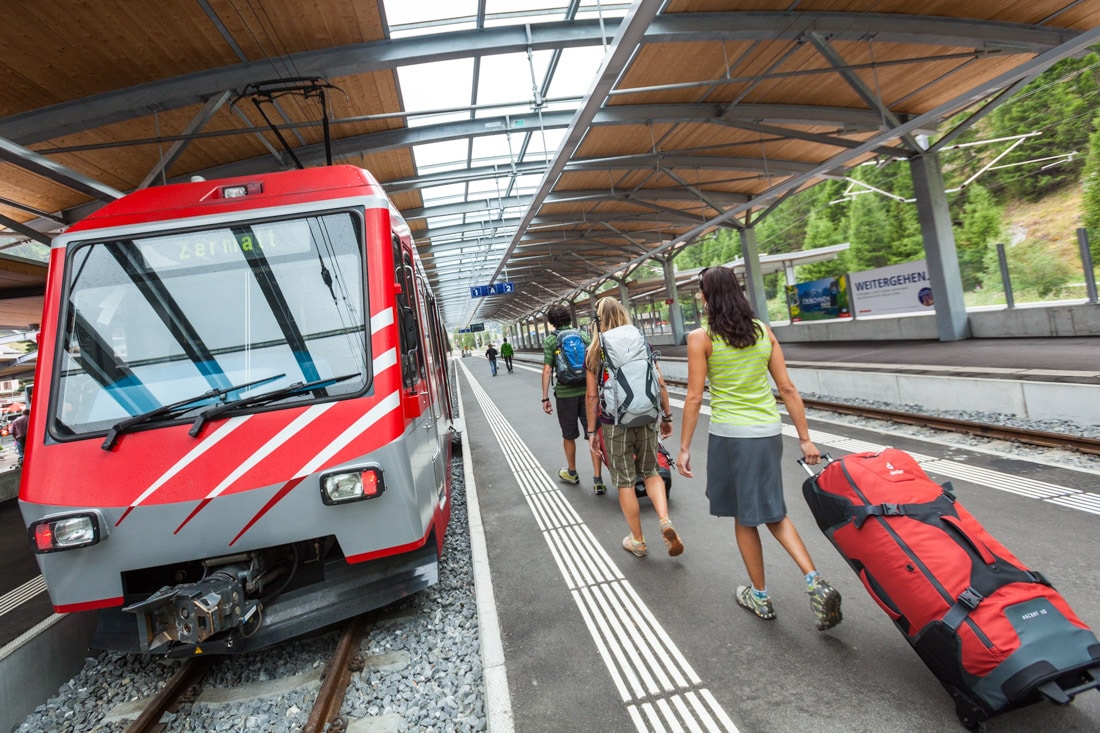 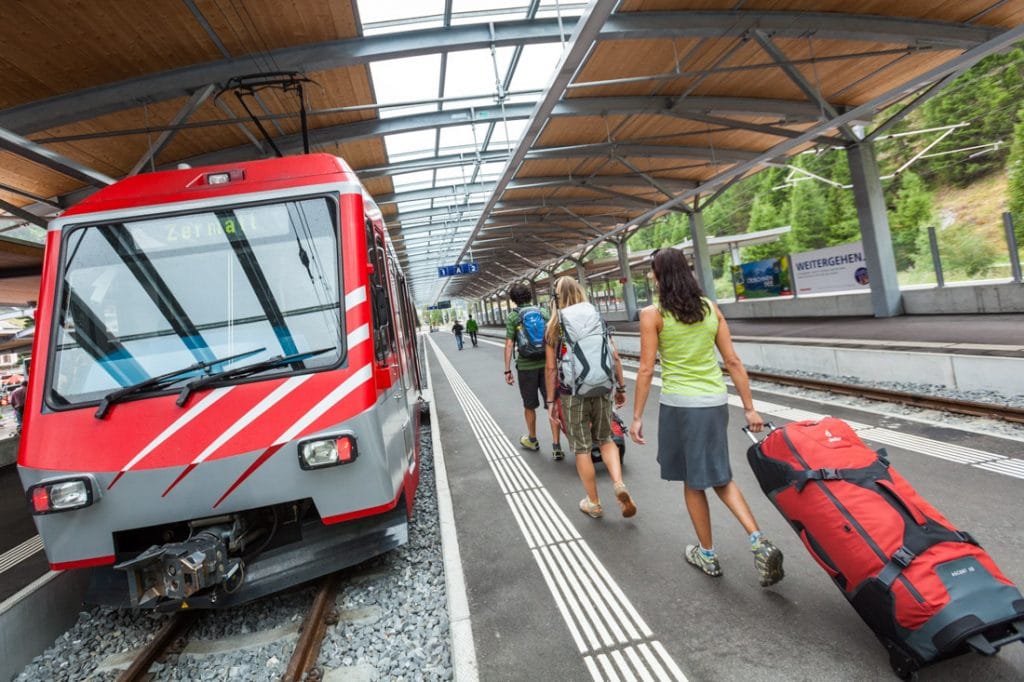 The crowd is getting antsy. Agitated, almost. I can feel the tension rising in my own body. I wonder how this scene is going to end. It’s going to break one of two ways, and which outcome arrives is out of our control.

I am on a platform at a train station in the Swiss Alps, and my connection will be 20 minutes late.

In the summer, in the Alps, I trail run. It’s literally what I do—my job, for three months of the year. (Don’t hate me yet– it does have downsides:  I have big Salomon bills, and I’m on a first name basis with massage therapists in four countries.) And, while I’m based just over the Swiss border, in Chamonix, France, I spend much of my time on the Swiss federal rail system, SBB CFF FFS. (The acronym is not nearly as exciting as you might imagine. It’s “railroad,” in German, French, and Italian. Practical, in a Swiss kind of way. You want “Acela?” Head to Newark.) Recon for new trips, trail races, joining tours, checking in with self-guided guests, interviewing guides… I do it all with help from SBB.

SBB and its interconnected Swiss spiderweb of busses, trams, chairlifts and funiculars is one of the reasons I love mountain sports here. “You can’t get there from here,” has never crossed the lips of a Swiss citizen. There’s no need to ever run a loop in the Swiss Alps. Just look at the SBB app on your phone, grab the tram to the train, and you’ll be having a beer on the balcony of your hotel room within an hour. It really is that easy. And because that’s the case, it’s just another reason why the trail running here is unlike anywhere else in the world. Once you ditch loop-brain and start thinking point-to-point, your head starts to hurt with all the possibilities. Yes, you can run from Interlaken to Kandersteg. Or Champéry to Chamonix.

Waiting on the platform that day, I ran some mental calculations. In the past three years, I had probably made no fewer than 500 connections. SBB Intercity to regional. Regional trains to local cog trains up a steep, narrow Alp valley. Local trains to Swiss Post busses. Post bus to tram. In the Swiss Alps, the transport interconnections seem to go on ad infinitum. I fully expect to get off a tram one day, and see a donkey with a Swiss flag draped over its ass. The donkey will be waiting patiently, but will be eager to leave. It will arrive within 30 seconds of the appointed time.

Back at the platform, the station master came onto the PA system. Désolé pour le retard. Nous pouvons offrir des remboursements. He offered each of us a letter explaining to whomever we were about to meet, that it was SBB’s fault we were late, and we were not to be penalized. The crowd grumbled. They would not be easily placated. This was a rare Swiss fail that brought into question the orderly functioning of the entire country.

But, of course, we were in the Valais, a region where the locals drink a little more of the local Gamay wine, and the trains do sometimes run a few minutes late. After a trail race one fall to a local summit, a friend summed it up, Dans le Valais, vous êtes alcoolique, ou que vous êtes sportif. In the Valais, if you’re not sporty, you’re… well, you can figure out the rest.

In truth, I had secretly been waiting for that delay. In my mind, I imagined it happening at Zurich’s main station, where trains are never late. Commuters simply step off the platform at the designated time, and the train is there, waiting to accept them. In my dystopian vision, I see hundreds of Swiss commuters step up… but… but… there’s no train there. They’re on the tracks—dazed, confused, and brushing the grime off their now-swelling ankles. It would be front page news. Zurich Intercity train 90 second late. Hundreds injured.

Here in Brig, that didn’t come to pass. Heads shook in disgust, cell phones came out, and there was plenty of muttering. But calm prevailed, as it always must in Switzerland. The train arrived, and just as quickly as this Swiss crisis had arrived, it had vanished.  Ninety minutes later, I was trail running above Zermatt, once again happily weaving my way around herds of cows and scanning the horizon for the next mountain café.

That was two years ago, and I’ve run a lot of trails in the Alps since then—and I’ve yet to have another late connection. Thank you, SBB.

Doug is the owner of Run the Alps and can frequently be found running to not be late for his next train.