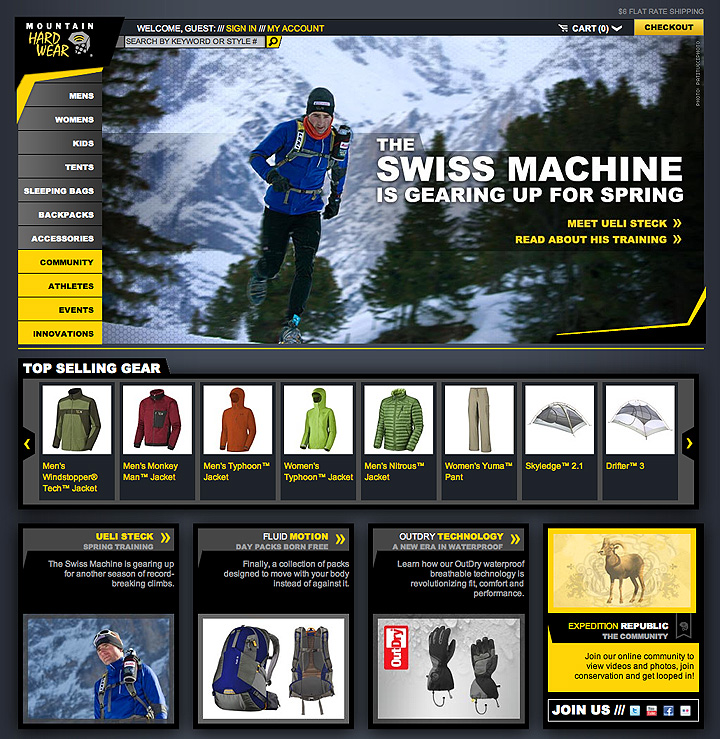 Since our February 2011 photoshoot with Ueli Steck, much has happened surrounding this amazing athlete and alpinist. To have been a part of it, to meet and spend some days living with Ueli, is one of the great things about being a photographer. Sometimes it is our job to show off a product, other times it’s to tell a story or to simply inspire a viewer. Amongst all of this is the potential to create images that one day might have historical significance. 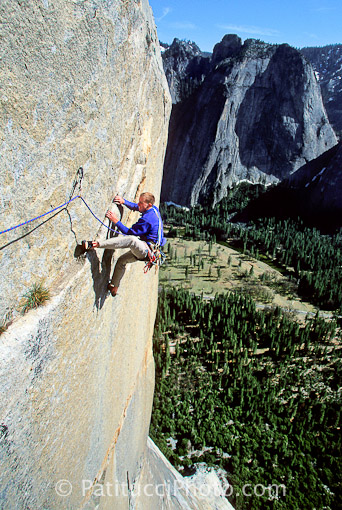 Tommy Caldwell on the Muir Wall

In 2001, I hung from the top of Yosemite’s El Capitan’s Muir Wall and photographed Tommy Caldwell as he free climbed one of the hardest long routes in the world. At the time it was visionary, and part of a period of intense free climbing efforts on one of the most prized walls on the planet. That same week in Yosemite, I attended a slideshow by Tom Frost, who was in his day another visionary climber. As I sat watching the show and listening to his stories, I realized my own great fortune in getting to take part in this process of progressing the sport and ideas around the sport & culture of climbing.

Ten years later, here we are with Ueli Steck. In the days we spent with him (Training with Ueli Steck) he spoke of his plans to climb 8000 meter peaks. Listening to Ueli speak of “speed climbing” was not about records or achievements but about progressing himself as an athlete and climber by moving near his limit freely in the big mountains. He was a man preparing himself at every level to go off and challenge himself. Perhaps this is what has so inspired and captivated us by Ueli, he is on a kind of mythical Hero’s Journey.

To see our images of Ueli being put to use on the Mountain Hardwear website is extremely rewarding. No less are the news reports of what he is now doing in the Himalaya and knowing we had some moments to see him preparing for what is truly an inspiring story with huge historical significance to the sport of climbing.

Ueli Steck’s updates and news can be followed via his Facebook Page, Twitter, or Mountain Hardwear’s Himalaya Speed site.