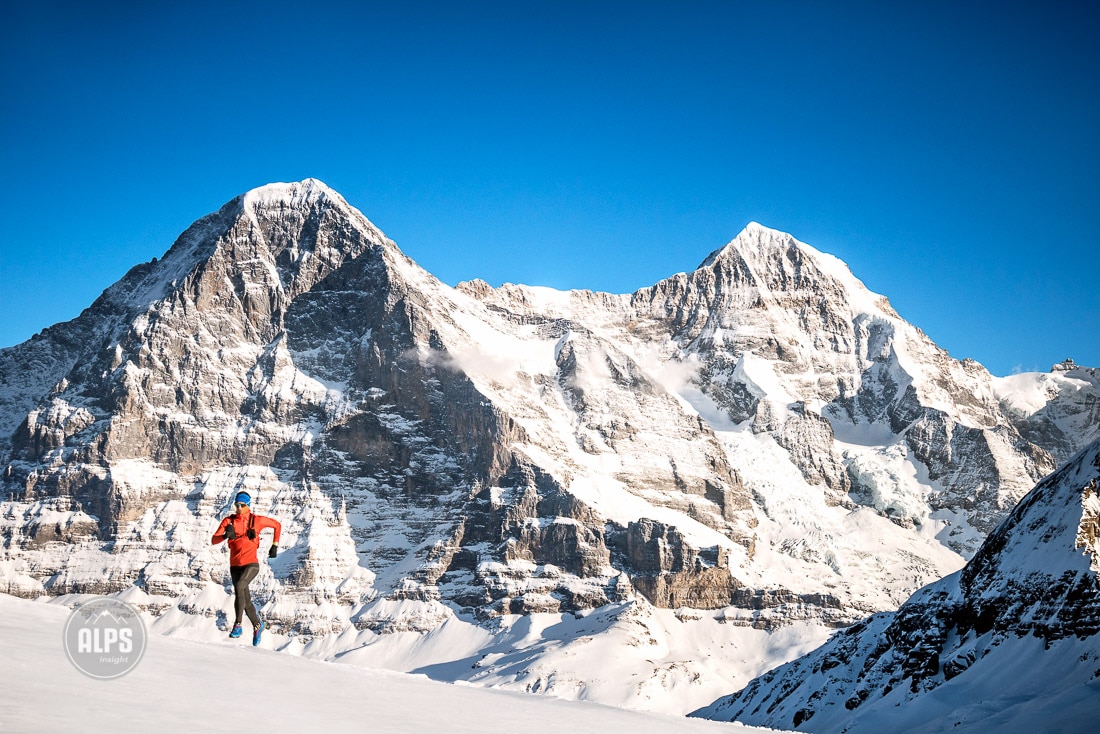 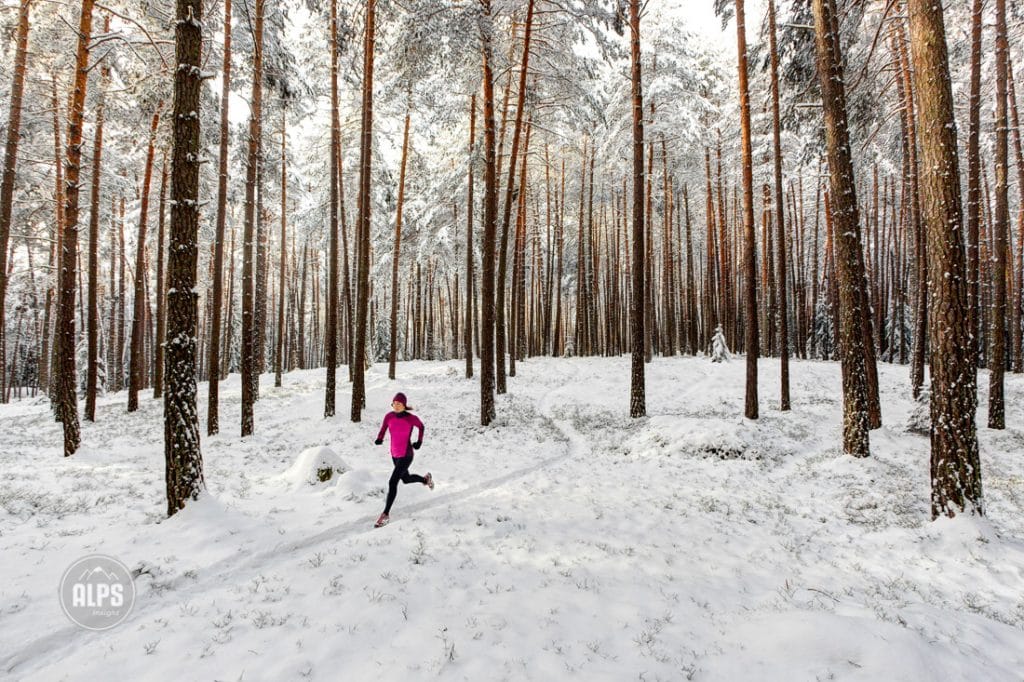 Winter Trail Running. Where did everyone go?

Most days, this trail is filled with humanity. Older couples out for a stroll. Younger trail runners. Families off on a day hike. Today though, it’s just me, the trees, and the sounds of one person running.

“Where did everyone go?” is the thought to which I keep returning. They are, I think, missing the best that this trail has to offer. It’s a rhetorical question– I know why they’re not here. They think you can’t run this trail in winter. But, for 2017, it’s high time for them to revise their thinking. Until they do, though, their loss is my win.

I am running in Switzerland’s Valais region, within sight of the French border. Here, in the mountain village of Champéry, there is a spider-web of paths that crisscross the valleys and the peaks. What’s known to just a few of us, however, is that nearly all of these trails are runnable each month of the year, with proper equipment and just a little bit of practice. In fact, there may be more and better options than in the summer. Snowshoe paths are open, and paved roads are more inviting when covered with a layer of snow. Trails that are root or rock-filled in the warmer months, can also be nicely filled-in with a coating of runnable snow. 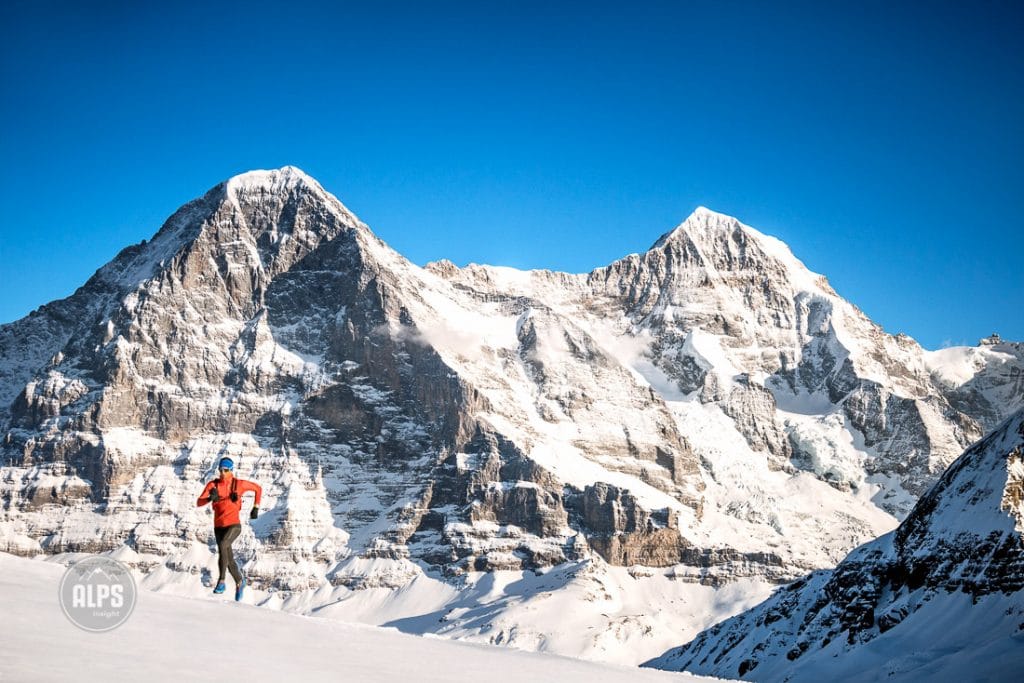 Winter running hasn’t always been an option, of course. There are two primary reasons for its ascendency. First, as trail running has grown, enthusiasts have pushed the seasonal boundaries. Second, advances in clothing, equipment, and shoes have aided that shift. High-tech fabrics make layering a cinch, and trail running packs allow for easy access to necessary cold-weather supplies. (See part two) Advances in shoes mean that we can now choose from a variety of trail running shoe companies, each of whom offer shoes with winter-specific features. First is traction, often in the form of miniature carbide spikes that grip the snow and ice like a studded snow tire, giving a runner a surefootedness previously unavailable. Also, built in gaiters or cuffs to keep snow out, warmth in, and the lacing system tucked away to avoid a frozen mess.

Clothing is lighter and more adaptable too, so maintaining a good temperature is dramatically easier. Even hydration options have improved. Soft trail running flasks can be easily tucked inside chest pockets near your body– a sexier solution than wrapping them in your spare clothing.

These updates to trail running gear have opened the door to a wide range of winter running possibilities. For today’s run, for example, I am headed to the Croix du Culet tram station above the village. It’s an eight-kilometer run, with a stiff climbing section that includes nearly 900 meters of ascent. The run is a hybrid of sorts, beginning with a gentle uphill that turns up the vertical challenge in the second half. I’ve gravitated to this run over the years, because it passes through so many of the classic topographic layers of Switzerland that I love: village, farm, mountain pasture, forest, craggy summit.

Along the way, I pass cozy chalets on the outskirts of town. It’s early morning, and through foggy windows I can make out the motion of familiar routines: preparations for school, work… life. Occasionally, I get curious looks. Winter trail running is new enough to sound like an oxymoron. But, I know something they don’t. Winter is the best time to run, and it has its own unique qualities. There is a deep quiet to winter woods, known only to those who venture there. Animals are tucked away in their winter homes, many in hibernation. Those that are still active leave their scurrying footprints, creating stories we can follow easier in winter than summer– a wandering chamois, for example. Or, if you’re lucky, indication that someone slept tightly curled up on your route, just hours before. Leaves, locked under the weight of snow and ice, do not rustle. What remains are my sounds entirely, and in the icy solitude, they are amplified. If you listen when you run in winter, you will hear everything anew: The movement of icy air through your lungs, the crinkle of cold layers, the wind as it rattles snow-covered branches.

And there is the sound your shoes create as they meet the snow, ice and frozen earth beneath. Winter trail running presents a unique opportunity to connect with the earth in ways that simply don’t exist in summer. These sounds are beautiful in their own way, I think. The varied sounds of trail running shoes meeting snow and ice is informative, as well. A firm, sharp-sounding landing on ice requires fine adjustments that are quickly learned, to land on the metal protrusions on the soles of your shoe. The “swoosh” of soft snow calls for arms out, balancing through layers of snow that give way with each step. The “crunch” of a breakable crust requires pulling your legs up vertically, lest your shins scrape against the firm ice layer. It’s a level of mental and physical engagement that is missing much of the year. It’s all part of the winter game, and I love it. 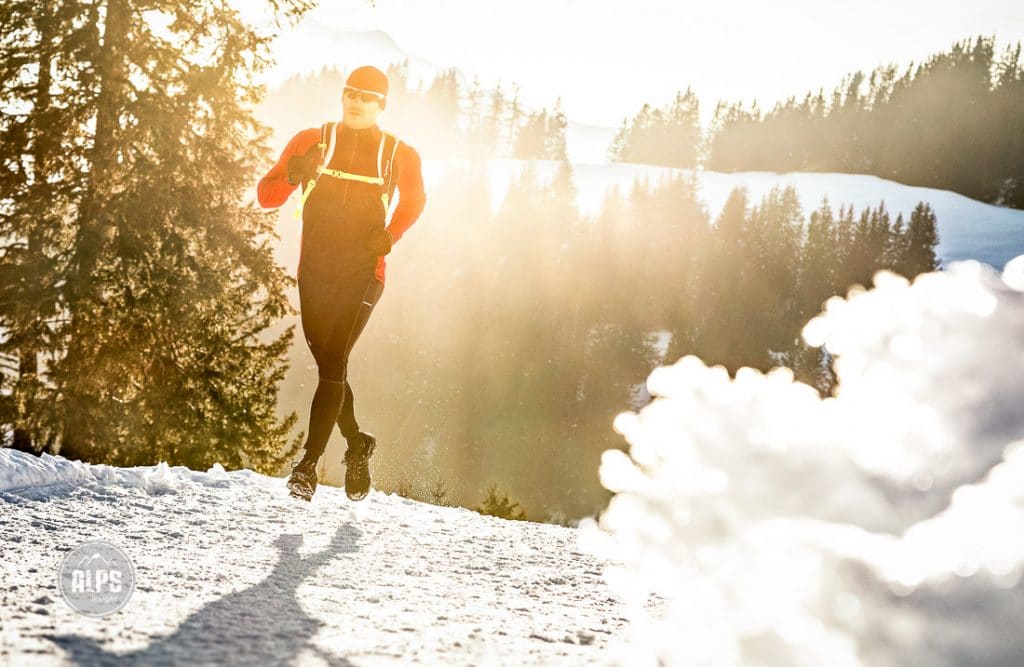 As I near the end of the run, I reach a short, exposed section with a cable and chain to protect against falling. This steep section, which I always fast hike with care, raises adrenaline levels and adds a touch of excitement to the morning. One hundred meters later, I am atop Croix de Culet, a small plateau with a 360-degree view of snow-covered Alps, I am no longer alone. On the other side of this viewpoint, I spy the tram, a string of chairlifts, and dozens of skiers just minutes away. Most days, I count myself among them. I love to ski—on-piste and off-piste. In fact, I like nearly every winter sport: up, down, flat, snow, ice… it’s all good. But to that list, in the last few years, I’ve added trail running, and it’s been an addition that has made winter much more enjoyable. I’m grateful for the variety, the solitude, even the surprising looks from others as they eye my frost-covered shell. I smile at the thought of it all, look down to the ski area, then head off to take my place amid the humanity below.

Next winter, I promise myself, I will trail run more. Now, thanks to creative gear and a bit of technique, it’s easy to deliver on that promise. I know it’s worth it. There is a special beauty to the sound of shoes on snow, the winter solitude, and the knowledge that I’ve been exploring trails no one else has seen for days. Come spring, human company will return to my winter trails. But, when others are huffing and puffing up this route, trying to get back into trail running condition, I’ll glide effortlessly by, thanks to a winter’s worth of trail running.

Part two of Winter Trail Tips is all about gear, check in tomorrow. See you then!

Based in Chamonix, Doug is the owner of Run the Alps and a regular contributor to ALPSinsight. 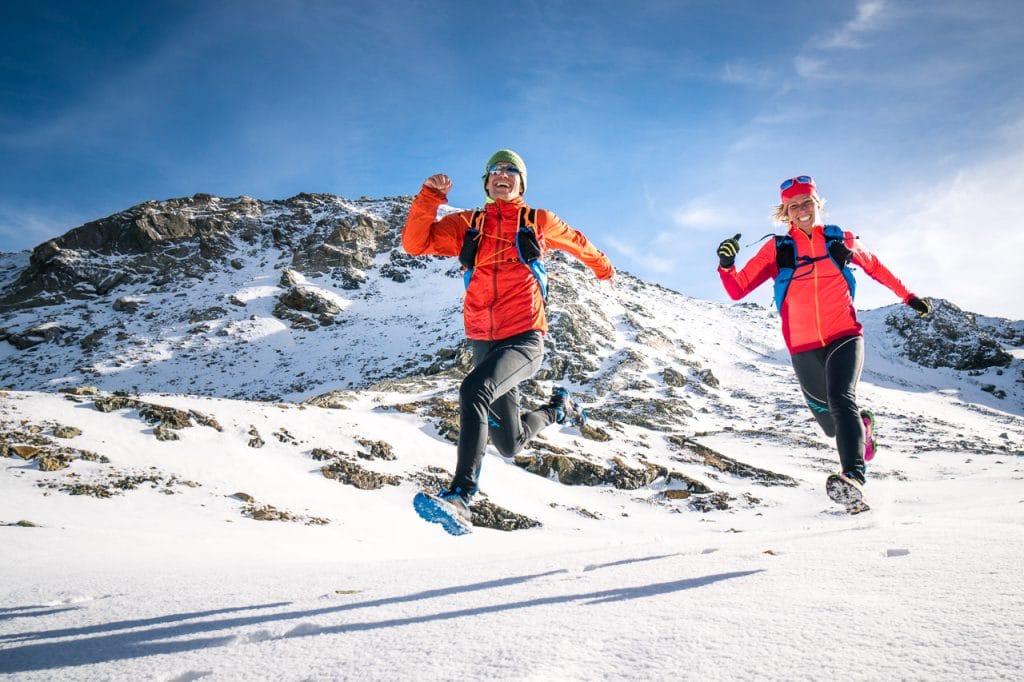 Don’t count the days until summer, winter is a time to enjoy running trails in the mountains.