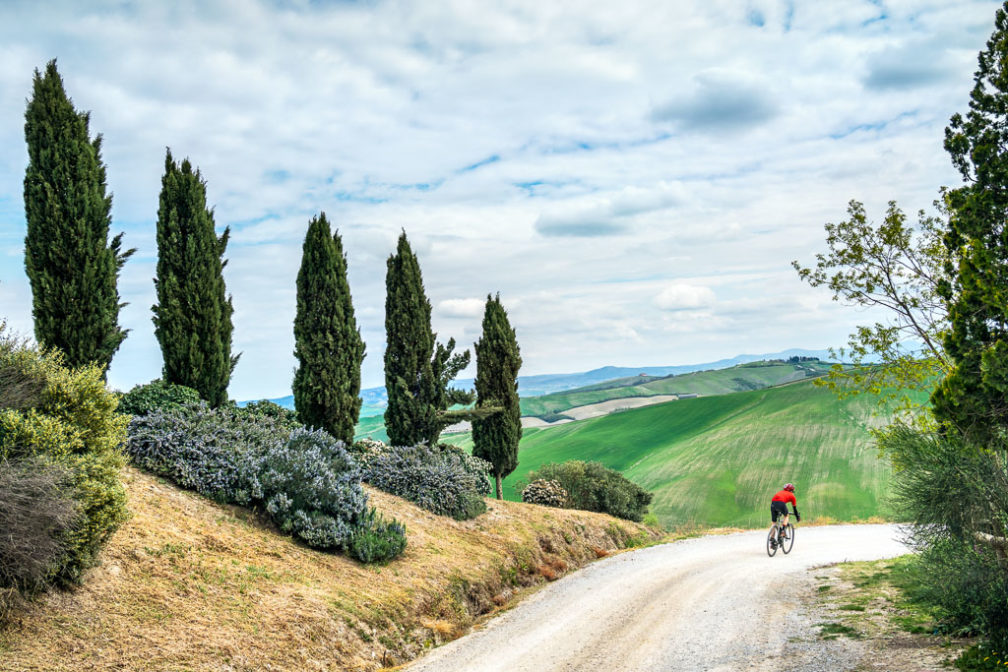 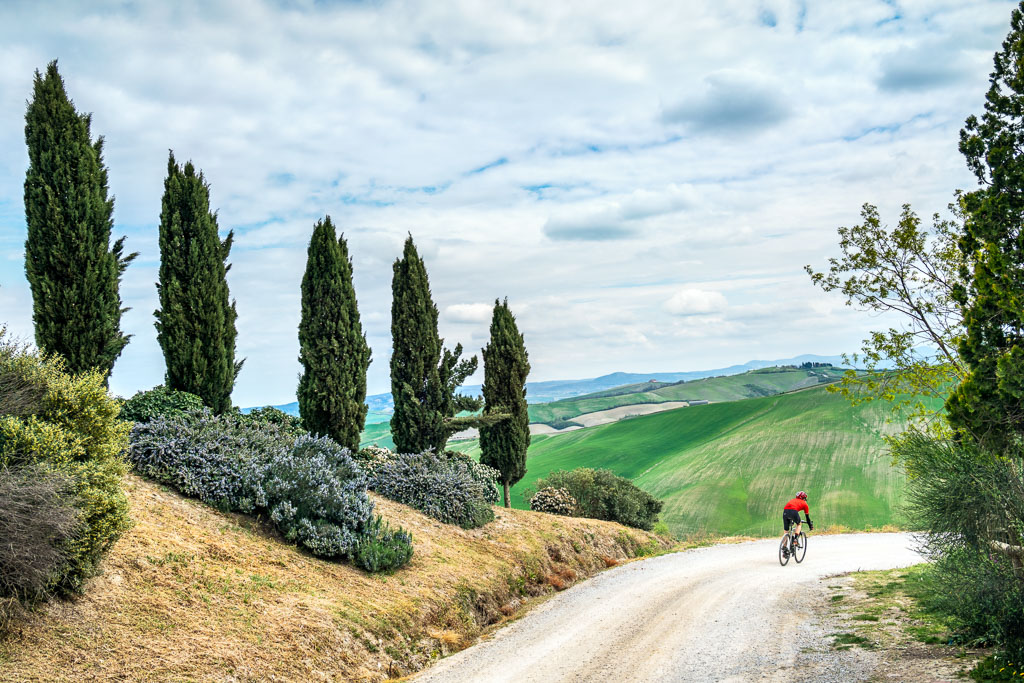 The Strade Bianche, Tuscany's typical white gravel roads, have become a Nirvana that all cyclists want to reach one day. Far from the traffic and from the cities, they deliver an authentic challenge. Apart from other cyclists, a few thousand sheep, the ubiquitous barking guard dogs, and some old Fiat Pandas transporting hunters to their prey,  we did not see anybody between the few towns we crossed.

Tuscany's Strade Bianche aren't the Alps high passes, but they are far from flat: slopes at 8% are frequent, with peaks reaching 15%, and sometimes covered with stones worthy of the pavements of the north, usually covered with a layer of sand and gravel.

Writing a column for Vélo Magazine, Alain wanted to create the perfect loop, that would connect the best sections of Strade Bianche with a minimum of asphalt. Taking inspiration from previous rides, the L'Eroica event and the Strade Bianche pro race course, he chose Pienza as the starting point to cover the Crete Senesi and Val d'Orcia south of Siena.

The result: a beautiful and brutal 122km loop that includes 50km of gravel, through the tranquil Tuscan countryside.

TIP: There are cafes, restaurants and bakeries in Asciano, Monteroni d'Arbia and Buonconvento. Because the options are limited between towns, refuel when you can with a panino, a lemon soda, a local panforte, and an espresso whenever there's opportunity. 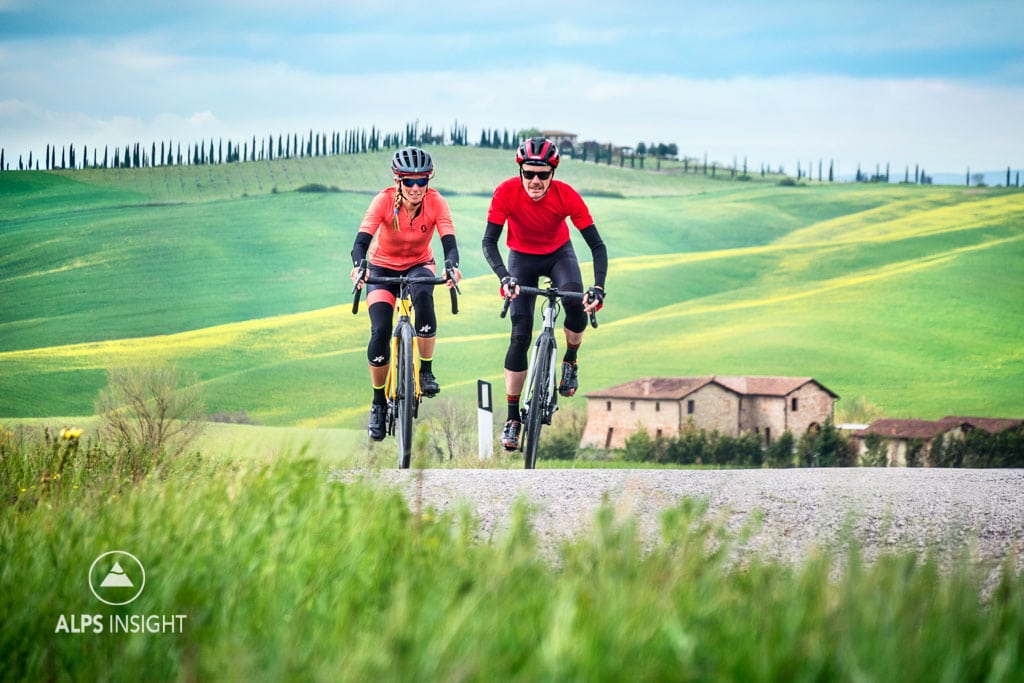 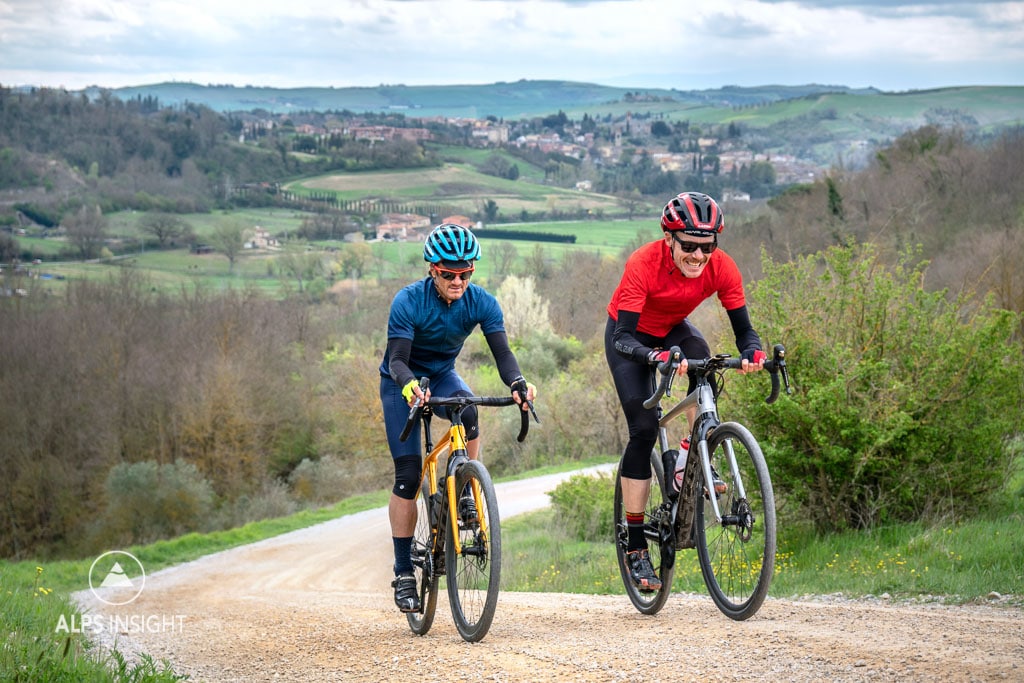 Gravel gets steep on the L'Eroica course. 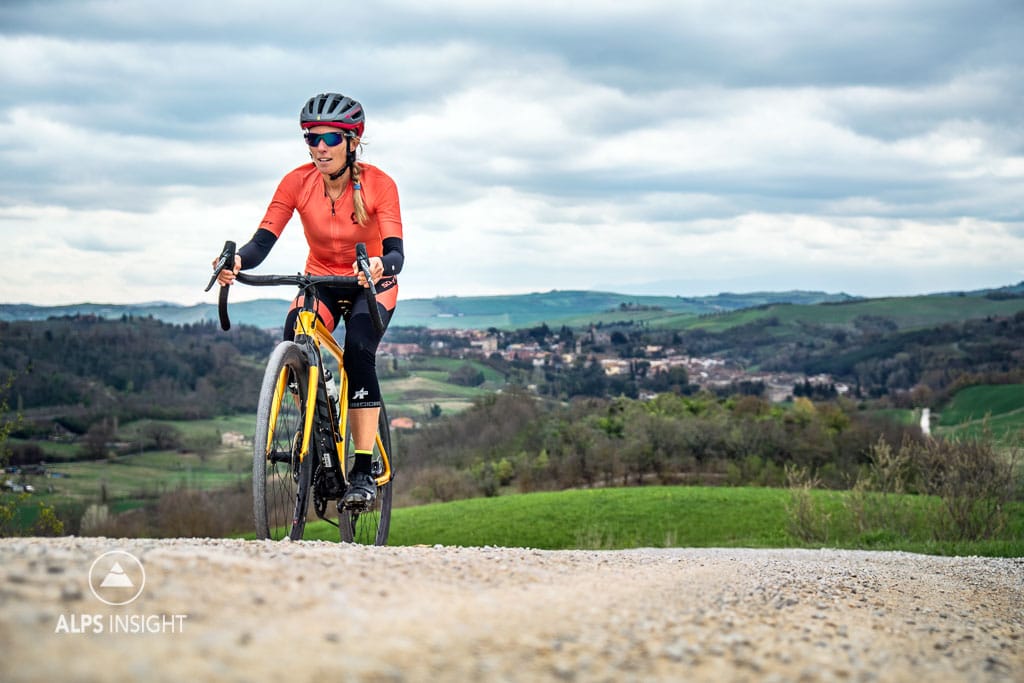 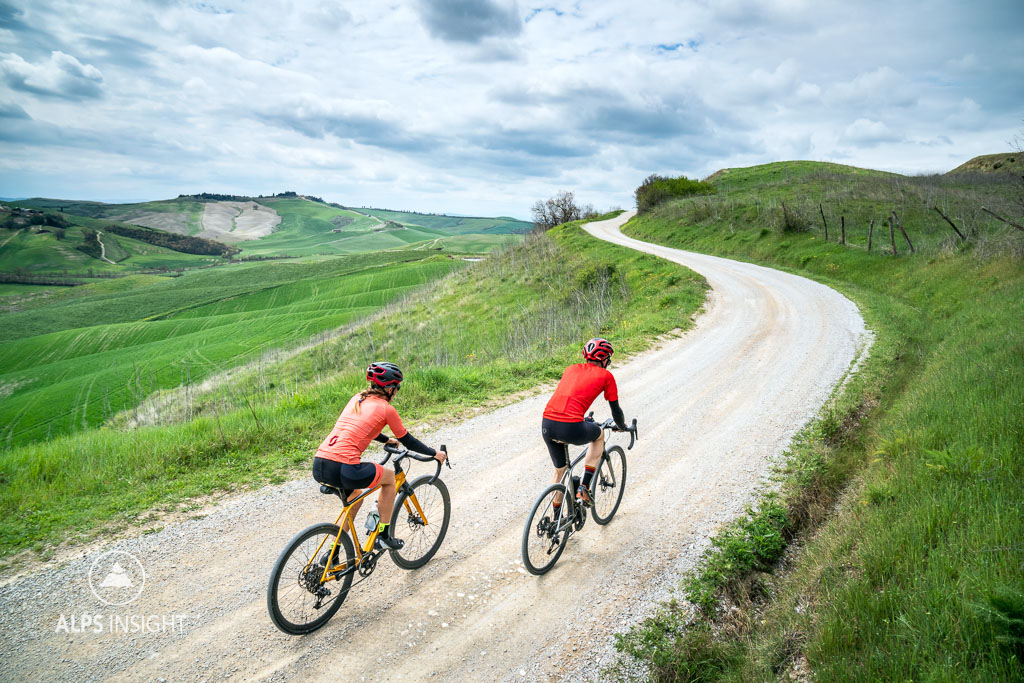 Just about the only traffic passing through was two-wheeled. 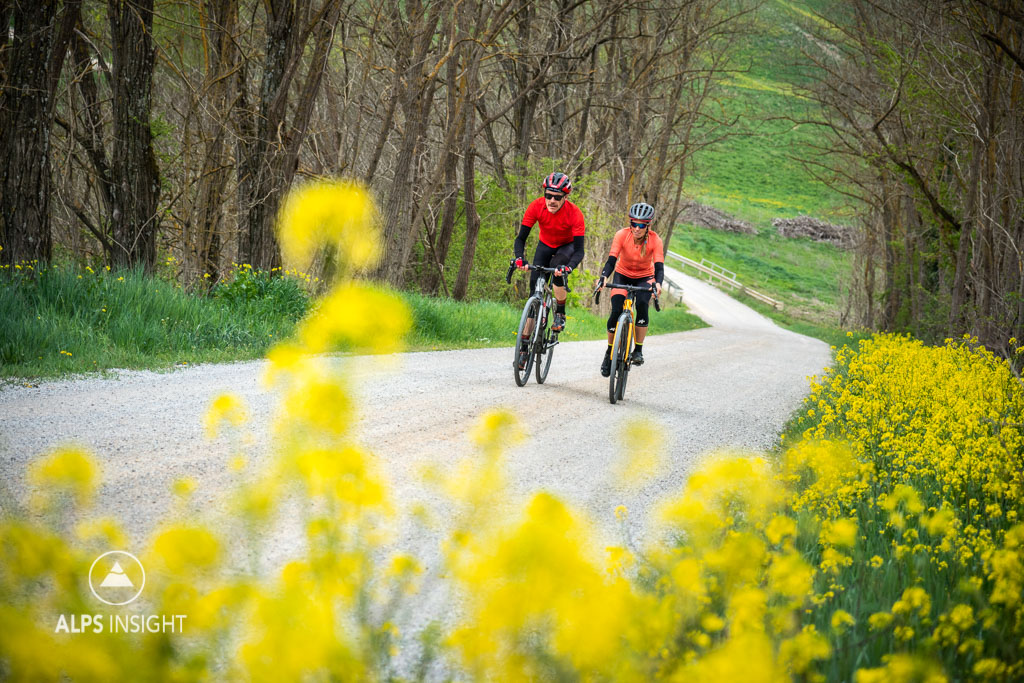 Spring scenes along the Strade Bianche. 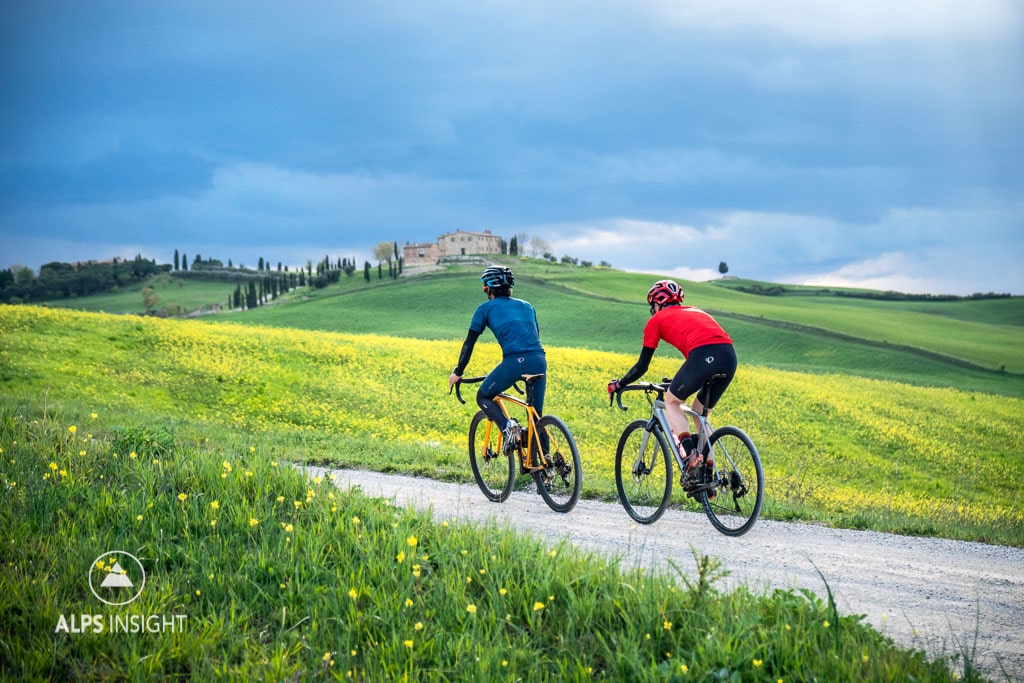 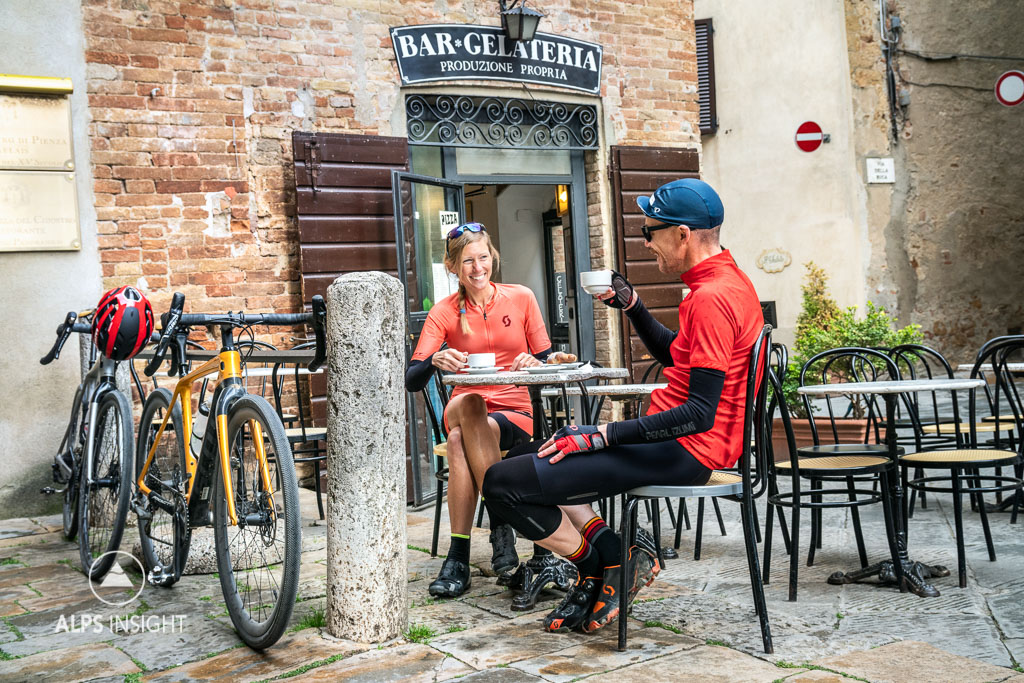